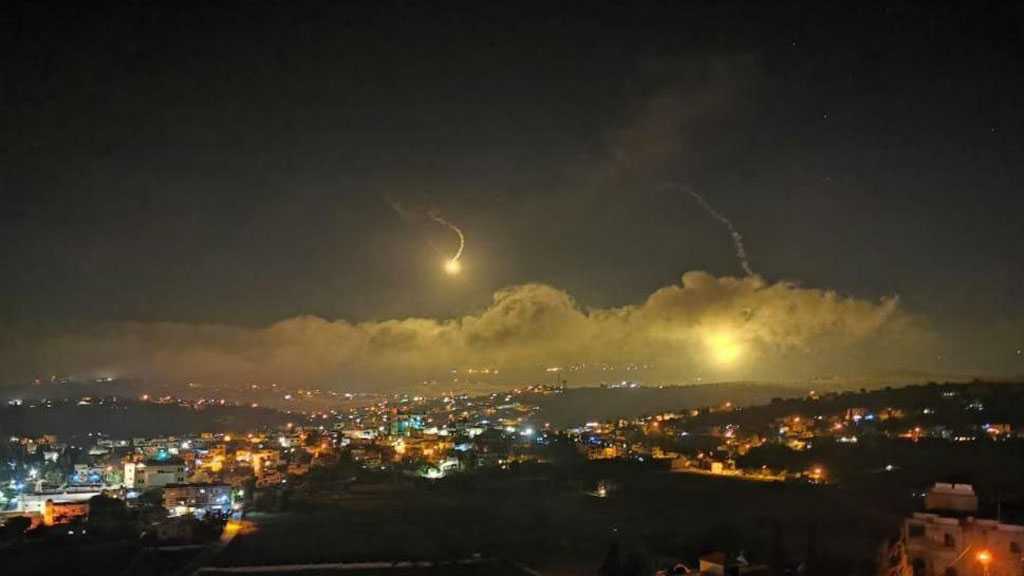 In the latest worth-mocking incident, the ‘Israeli’ occupation military claimed that a ‘security incident’ has been taking place along the Lebanese border late on Tuesday, and started firing phosphorus bombs at Lebanese territories in the southern towns of Houla and Mays al-Jabal, al-Manar TV correspondent reported.

Relatively, eyewitnesses also said the Zionist side had fired dozens of illumination flares at border villages in southern Lebanon over what the regime claimed was a "security-related incident.”

For its part, the Zionist media initially claimed that the firing was amid concerns over a possible infiltration near ‘Menara’ settlement in the Upper Galilee area, located near the Lebanese border and the ‘Israeli’-occupied side of Syria’s Golan.

The firing of more than 30 flares was followed by orders compelling ‘Israeli’ settlers in five settlements to stay at their places.

‘Israeli’ Channel 12 television network confirmed the report and underlined that the incident took place “as Prime Minister Benjamin Netanyahu was on vacation in the north.”

Lebanese media also said Zionist aircraft had been spotted after violating the country’s airspace in the south.

During the past several weeks, the occupied territories have been on alert over the possibility of a retaliatory attack by Lebanon’s Hezbollah resistance movement after one of its members was martyred in an ‘Israeli’ aggression on the Syrian soil last month.

Ali Kamel Mohsen was martyred during an ‘Israeli’ attack near the Syrian capital of Damascus on July 20, according to a statement by Hezbollah.

Hezbollah said at the time that a response to the deadly aggression was “inevitable,” which led to the deployment of more troops by the ‘Israeli’ regime to the north of the occupied territories.

The Zionist regime claimed a week later that its forces had thwarted an effort by Hezbollah fighters to infiltrate into the occupied territories through Shebaa farms, an allegation firmly denied by Hezbollah.

Hezbollah said all ‘Israeli’ claims about border clashes with the resistance movement’s fighters were fake and aimed to boost the morale of ‘Israeli’ occupation forces by fabricating fictitious victories.

Hezbollah had vowed in the past to retaliate for any of its members that were martyred by ‘Israeli’ forces.

The resistance group fired a barrage of anti-tank missiles into the occupied territories in September last year after two of its members were martyred in an ‘Israeli’ aggression near Damascus.