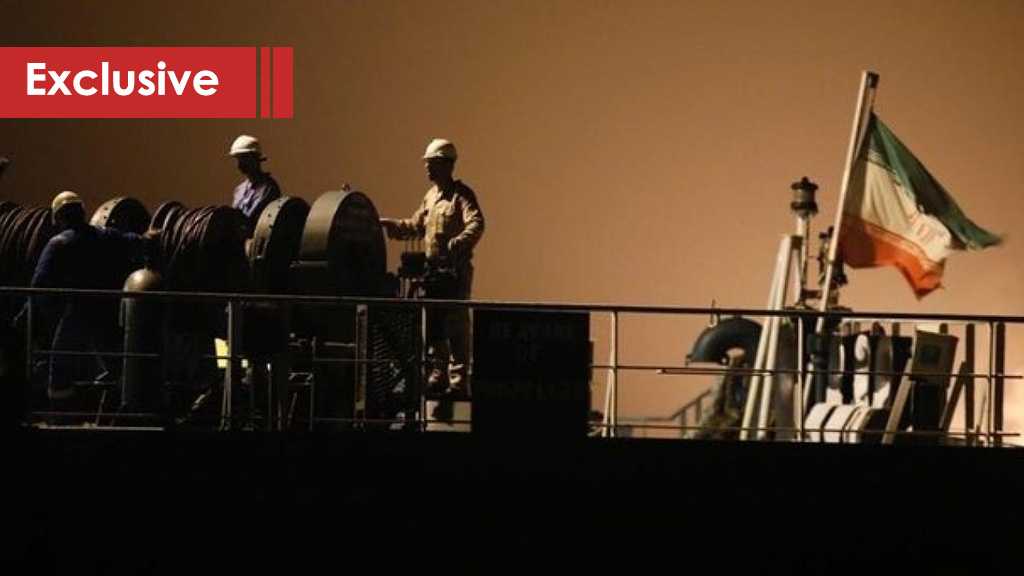 The Islamic Republic of Iran defied US threats and sent humanitarian aid ships to Venezuela in May 2020. The tanker ‘Clavel,’ the last of a five-tanker Iranian flotilla, has made it to Venezuela’s shores to deliver much-needed gasoline on June 1.

Earlier this week, Venezuela’s military escorted four other ships – the ‘Fortune,’ the ‘Forest,’ the ‘Faxon’ and the ‘Petunia’ – through its exclusive economic zone to their destination. The Iranian move comes in help of its friend Venezuela. Despite Venezuela having vast oil reserves, its refining capacity has been limited, and its energy crisis has only worsened amid sweeping US sanctions. In light of this move, are US sanctions seen on both countries of no value? How do the people of Venezuela and Latin America view Iran? How does this effect Caracas-Tehran relations and what impact does it have on the US, the region and the world in political and practical terms?

Commenting on the matter, Adrián José Araque told al-Ahed news “The People of Venezuela strongly approve and endorse the self-determined and sovereign actions taken by the Government of the Islamic Republic of Iran. We see Iran’s move as much more than just a humanitarian aid to Venezuela, it is the opening to a set of actions that come to strengthen the struggle and development of the peoples of the region, from multi-polarity and pluri-centrism based on solidarity, humanity and diplomacy of peace.”

He noted that “This move of solidarity made by Iran represents, for both Iran and Venezuela, a true articulation and action of integration of two peoples that are fighting against the same Enemy (North American imperialism), represented by the despicable and criminal US regime, and some puppet governments that support US interferences, rapes and criminal claims against the different peoples of the world who have decided to live free, independent and sovereign.”

According to the official, “These two nations face significant challenges in the midst of a pandemic that has become an alert for the free preservation of the humankind on the planet. However, the US empire has implemented and intensified inhuman mechanisms through criminal sanctions and blockades against our states, it has besieged our homeland, affected our economic stability, social security and political stability, regardless of the human cost that this may bring to us.”

He also elaborated that Iran has not challenged anyone, Iran has made use of its self-determination as a People. “Today I dare say that the US could not threaten anyone anymore! And in this historical moment, imperialism has shown its worst criminal face violating International Law in the face of world geopolitics, a product of despair, due to the irreversible decline of savage capitalism. They have used the excuse of globalization to impose their oppressive supremacism, after the false pretense of being a world leader.”

United by Will and Legacies like Chavez and Soleimani

However, Mr. Araque said there are important challenges that we must face together, and we must work on increasing awareness among our peoples; particularly the sense of belonging and cultural historical identity.

“The will of our peoples is our greatest strength, they can be more powerful than any criminal claim, we are backed by the will and spirituality of God, our ancestors and the historical legacy of our Supreme Commander leaders Hugo Chávez and Qassem Soleimani,” he concluded.

True victory over criminal US victory

For her part, Valeria Rodriguez, an international affairs analyst from Argentina told al-Ahed news that the shipment of tankers with fuels and additives is a true victory over the criminal attitude of the United States of using economic sanctions as tools of power.

“It is a victory because it was shown that with determination and cooperation, any attempt to impose an external country can be circumvented in addition to making use of sovereignty, something that Trump systematically violates. We were able to see him during the unilateral action and in violation of international law in January when he violated the sovereignty of Iraq and assassinated Generals Soleimani and Abu Mahdi Muhandis.”

This initiative, according to the analyst, shows that “economic sanctions are no longer an obstacle to relations between sovereign countries. It became clear that with solidarity and cooperation any obstacle can be overcome.”

Moreover, Mrs. Rodriguez said “the United States is too busy with the many problems at home to try to interfere in a decision that is not its responsibility since international law supports multilateral relations as stipulated in the founding letter of the United Nations, and according to what the World Trade Organization maintains.

For those who do not know, in Latin America, Zionism is very strong and they have hegemony over mass media through which it disseminates Iranophobia. However, thanks to alternative media Latin America could see the positive impact of the Iranian move. Also, the analyst noted that “the people of Venezuela have a very positive opinion about Iran, basically because of the historical relationship between the two countries; let's keep in mind that the relationship dates back 60 years and has deepened over the past 20 years.”

She recalled that in 2009 when Iran was in economic trouble, Chávez did not hesitate to help, therefore this is about reciprocity and solidarity between two peoples who suffer the same pain.

In addition, Rodriguez underscored that “Iran has a strong presence in the daily lives of Venezuelans, there are 18 dairy plants that were founded by Iran, as well as cooperation in the construction of houses with the Chavez plan. Iran also installed pharmaceutical plants, therefore Venezuelans have a very positive position regarding Iran because they benefit day by day from Iranian aid.”

Touching on the Iranian move of sending ships to Venezuela, the analyst said “I think that a new stage has been opened in the geopolitics of Latin America in relation to Western Asia and this of course is undesirable for international Zionism and for the United States that intends to continue fighting for unilateralism.”

“This attitude demonstrates the intention of deepening multilateralism in a context of a pandemic where many countries opt for nationalism, where we have observed the most individualistic and immoral attitudes such as the theft and hijacking of airplanes carrying medical equipment by the United States. This is not only positive for Caracas and Tehran but it is positive for the entire world as they demonstrate that in this complex context, another reality can occur, a reality where international law, the sovereignty of free peoples and political determination play for everyone.” 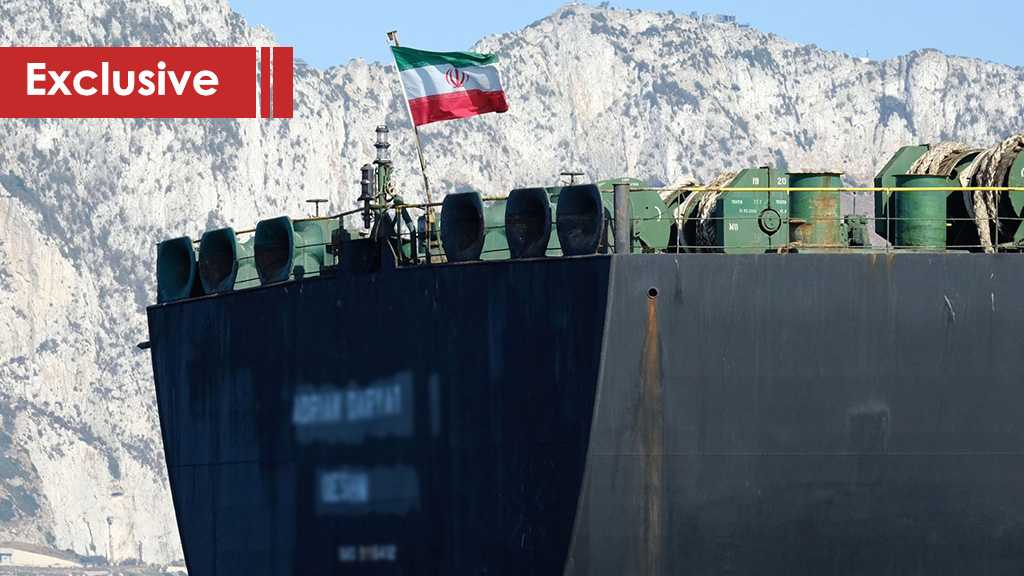 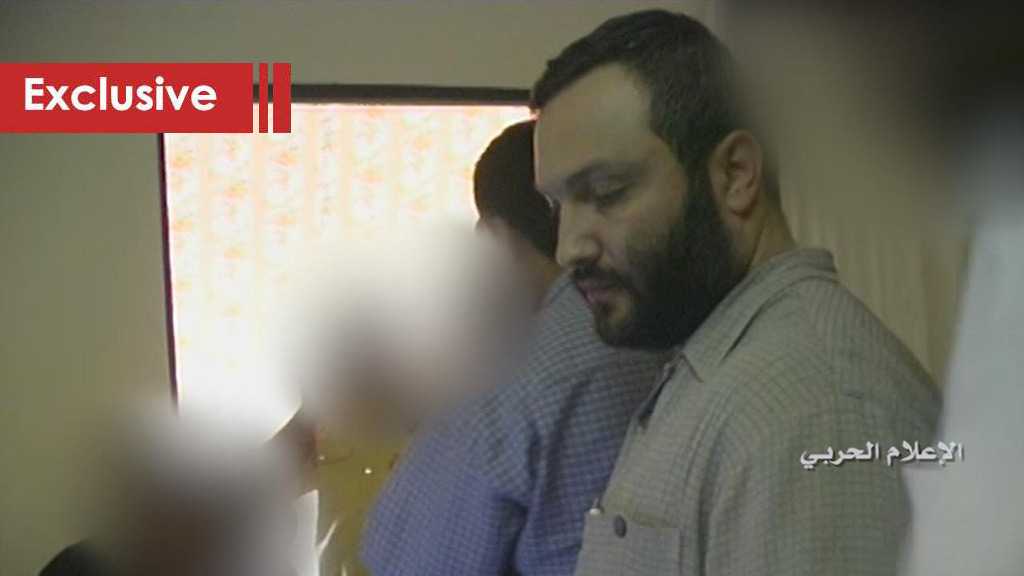