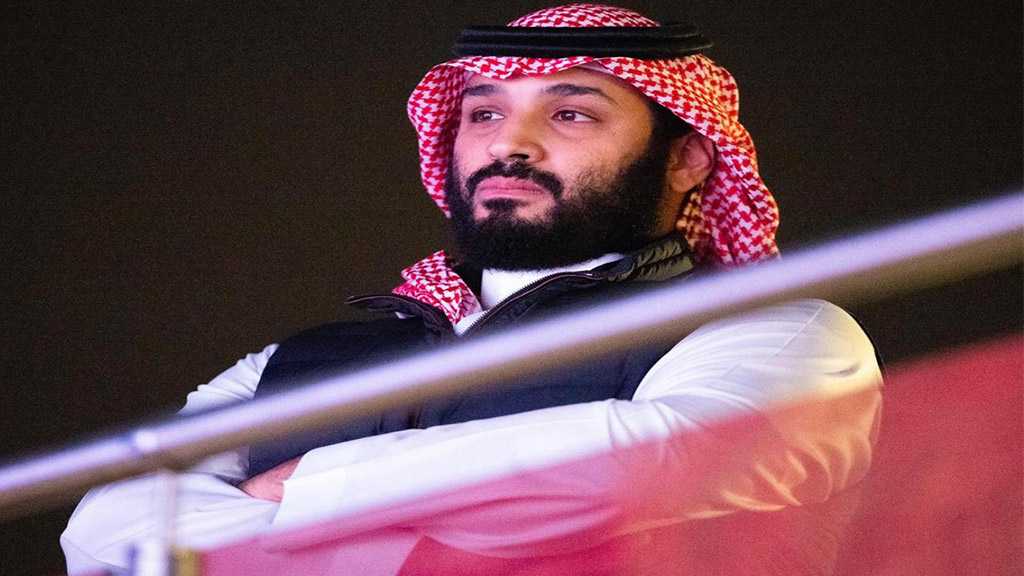 That time has passed.

What you see is what you get. The misrule, blunders and war associated with him as crown prince will only continue with him as king.

The full repertoire of the crown prince's statecraft was on display in a stormy telephone call he made to Russian President Vladimir Putin on the eve of an OPEC meeting last month which ended in a calamitous price war between Saudi Arabia and Russia.

Mohammed bin Salman can see for himself just how big a mistake that call was. The price of oil has collapsed, storage will rapidly run out, and oil companies face the real prospect of having to cap wells. The oil and gas sector accounts for up to 50 percent of the kingdom's gross domestic product and 70 percent of its export earnings. This has just disappeared.

As anyone who has met Putin will tell you, you can bargain as hard as you like with the Russian president. You can even be on opposing sides of two regional wars, in Syria and Libya, and still maintain a working relationship, as the Turkish President Recep Tayyip Erdogan continues to do.

But what you must not do is back Putin into a corner. This is what the Saudi crown prince did by giving Putin ultimatums and shouting at him. Putin just shouts back, knowing that the Russian balance of payments is in better shape to play that game of poker than the Saudi one is.

MBS is finding out now how weak his cards are. To be fair, before he made that call, he took advice from someone as arrogant and unthinking as he is. US President Donald Trump's son-in-law and Middle East advisor Jared Kushner listened to what the Saudi crown prince was about to do and did not object.

This explains why Trump's first reaction was to welcome the oil crash. Trump thought for every cent cut from the price of oil, a billion dollars of consumer spending power would be released at home. That was until his attention turned to what the oil price collapse was doing to his own oil industry.

With the price of Brent Crude less than $20, Mohammed bin Salman is about to find out what happens when the world does not need his oil. In the past, the standard response to that hypothesis was condescending looks. Not anymore. The prospect of Saudi becoming a debtor nation is real.

Saudi Arabia’s financial decline has been in the works for some time. When his father Salman took over as king on 23 January 2015, foreign reserves totaled $732bn. In December last year they had depleted to $499bn, a loss of $233bn in four years, according to the Saudi Arabian Monetary Authority [SAMA].

The kingdom's GDP per capita has also declined, from $25,243 in 2012 to $23,338 in 2018, according to the World Bank. The nest egg has been diminished with speed. The IMF has calculated that net debt will hit 19 percent of GDP this year, 27 percent next year, while coronavirus and the oil crisis could push borrowing to 50 percent by 2022.

The war in Yemen, a coup in Egypt and interventions across the Arab world, outsized arms purchases from America, vanity projects like the building of a futuristic city NEOM, not to mention his own three yachts, paintings and palaces, each play a part in draining Saudi coffers.

Saudi’s economy was already struggling before coronavirus took hold with a growth rate of just 0.3 percent and a drop of 25 percent in construction since 2017. Add to that the lockdown imposed by coronavirus and the cancellation of the Umrah and Hajj, which attract up to 10 million pilgrims a year, and a further $8bn is wiped off the balance sheet.

But it isn’t just what the Saudi crown prince spent his money on that caused the problem. It was also what he put his money in that went bad.

One indication of bad investments is the decline in the relative value of sovereign wealth funds. Big brother Saudi Arabia now finds itself dwarfed by its much smaller Gulf neighbors on that score.

Even before the coronavirus pandemic took hold, the IMF thought that plans to increase PIF to a trillion dollars would not be enough to generate the income needed if Saudi diversified from oil. If "Saudi Arabia were to grow its PIF from its current $300bn to this scale, financial returns alone would not constitute adequate income replacement in a post-oil world. Oil production of 10 million barrels per day, valued at $65 per barrel, translates to annual oil revenues of about $11,000 per Saudi at present,” the IMF wrote.

Another measure of decline is what has happened to the investments themselves. Masayoshi Son, the CEO of Japan's Softbank, recalled how he got $45bn after spending just 45 minutes with MBS for his $100bn Vision Fund. "One billion dollars per minute," Son said. Softbank announced last week it expects its Vision Fund to book a loss of $16.5bn.

PIF paid almost $49 a share for a stake in Uber Technologies Inc. in 2017. Uber shares have dived since. It sold almost of all its $2bn stake in Tesla toward the end of 2019, just before Tesla stock went through the roof, with an 80 percent rally this year. At this rate the PIF stake in Newcastle United is looking like a solid bet in comparison.

The oil crash comes less than two weeks after PIF splashed another $1bn on stakes in four European oil companies and the Carnival cruise liner - all of which casts in doubt the strategy of PIF diversifying away from oil. "I don't understand why the PIF is doing what they are doing now when their country is going to need every penny," one Middle Eastern banker told the Financial Times.

"It very much reminds me of the QIA [Qatar Investment Authority] in its early years. There's a strategy, but they are not adhering to a strategy. They want high visibility but they also want to make money. They want to diversify the economy, but want to be opportunistic.”

Saudi Arabia today cannot afford the financial stimulus to cushion the impact of the pandemic that its Gulf neighbors are making. The kingdom is spending one percent of GDP on supporting its economy during the lockdown, while Qatar is spending 5.5 percent, Bahrain 3.9, UAE 1.8.

There are many examples of money running out. The king decreed that the state would pay 60 percent of salaries during the coronavirus shutdown.

But employees of the Saudi’s biggest telecoms company STC are only getting 10 percent of their salaries, I am told, because the government is not paying STC the money for the furloughed staff.

The Saudi Ministry of Health has been requisitioning hotels to run as hospitals. Instead of compensating hotel owners for the temporary loss of their property or paying them a cost price, they are forcing them to pay the running costs in addition to the costs of disinfecting the rooms.

Or take the paycut Egyptian doctors working in the Saudi private health sector are being forced to take. Those who are on annual leave, are not being paid. Those who are instructed to work from home on shifts by their hospitals to lessen the risk of infection, either have to take that time from their annual leave or work for free.

So, as Bloomberg reported, the prospect of Saudi becoming a net debtor nation is real. The question is how soon that happens.

The IMF calculated that with oil prices of $50 to $55 a barrel, Saudi Arabia’s international reserves would fall to about five months import coverage in 2024. With oil at zero, a once unthinkable balance of payments crisis and abandonment of the dollar peg is now all too likely.

Both pillars of Mohammed bin Salman’s plan to modernize and reform his country are crumbling. His plan to generate foreign investment by selling off five percent of Aramco on foreign stock exchanges has gone and now PIF, the main vehicle for diversifying his economy away from oil, is in chaos too.

Many in the region would cheer MBS's demise. He has simply done so much harm to so many people, particularly in Egypt. In a post-oil era, MBS would lose his power of patronage, the power of an oligarch who can spend a billion pounds a minute and not blink.

But the collapse of Saudi Arabia’s economy, which for decades has been the engine room of the economy of the whole region, would quickly be felt in Egypt, Sudan, Jordan, Lebanon, Syria, Tunisia - all of which send millions of their workers and professionals to the kingdom and whose economies have grown to depend on their remittances.

This is not a prospect anyone should welcome.