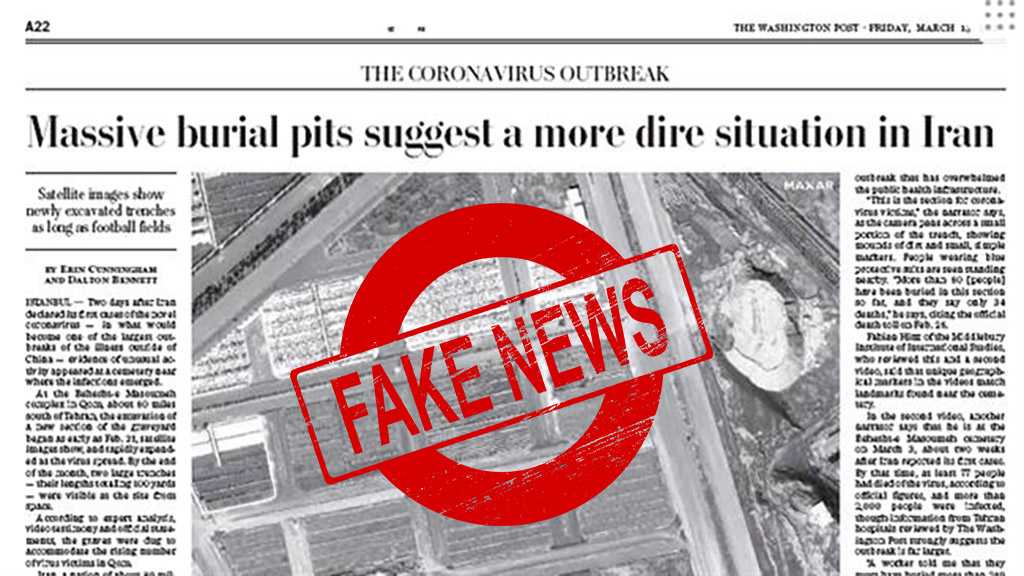 The Washington Post published fake news about Iran’s response to the coronavirus outbreak, peddling phony claims that Iran dug mass "burial pits" for victims of the disease and covering the true number of deaths.

As countries across the world grapple with the COVID-19 outbreak, Iran’s struggle to contain the deadly disease has attracted more than usual attention from mainstream outlets in certain countries.

Despite numerous statements from World Health Organization officials praising Iran’s efforts against the outbreak, certain outlets have focused on erringly similar themes regarding Iran; that the country is in chaos, is mishandling the outbreak and that it’s “putting other countries at risk”.

The newspaper specifically published a string of exclusively conspiracy-minded and politicized reports about the coronavirus outbreak in Iran.

Its latest reports include headlines such as “Iran’s government is lying its way to a coronavirus catastrophe”, “Iran struggles to contain coronavirus outbreak, putting Middle East countries at risk” and “Coronavirus pummels Iran leadership as data show spread is far worse than reported”.

In its latest article on Iran – titled “Coronavirus burial pits so vast they’re visible from space” – the US daily claimed satellite images show newly dug “trenches” the size of a “football field” to accommodate bodies of the coronavirus victims.

The images illustrate a cemetery near Iran’s epicenter city of Qom. The paper cited dubious reports and videos circulating over the internet about Iran covering up its coronavirus deaths.

The report concluded that the graves have been dug to “accommodate the rising number of virus victims in Qom”.

Many observers, however, have been quick to point out inconsistencies and flaws in the report, with some highlighting the unprofessional reporting used in the article; using hyped expressions such as “seen from space” to portray a false image of mass graves.

Observers pointed that the overall length of the purported 100 yards of “burial pits” in the satellite images cannot accommodate more than about 75-100 graves, not significantly higher than the official death toll announced for the city.

Others have presented evidence showing that the vacant graves in the area are not specifically related to the coronavirus outbreak and that long rows of graves had been also dug long-before the pandemic.

The report, however, has circulated widely among social media accounts and various foreign-funded anti-Iran outlets, prompting Iranian officials to issue official statements on the matter.

Executive Manager of Qom Municipality’s burial sites, Seifoddin Mousavi, told the Islamic Republic of Iran Broadcasting [IRIB] that the graves had been planned before the outbreak as part of usual procedures in the cemetery.

He stressed that all the operations in the cemetery are taking place according to international protocols regarding burial sites.

On Friday, Kianoush Jahanpour, the head of the public relations and information center of the Iranian Health Ministry, said that the new coronavirus has claimed 514 lives in the country.

Iran’s security forces have announced that they plan to adopt special measures in the near future to contain the outbreak across the country. 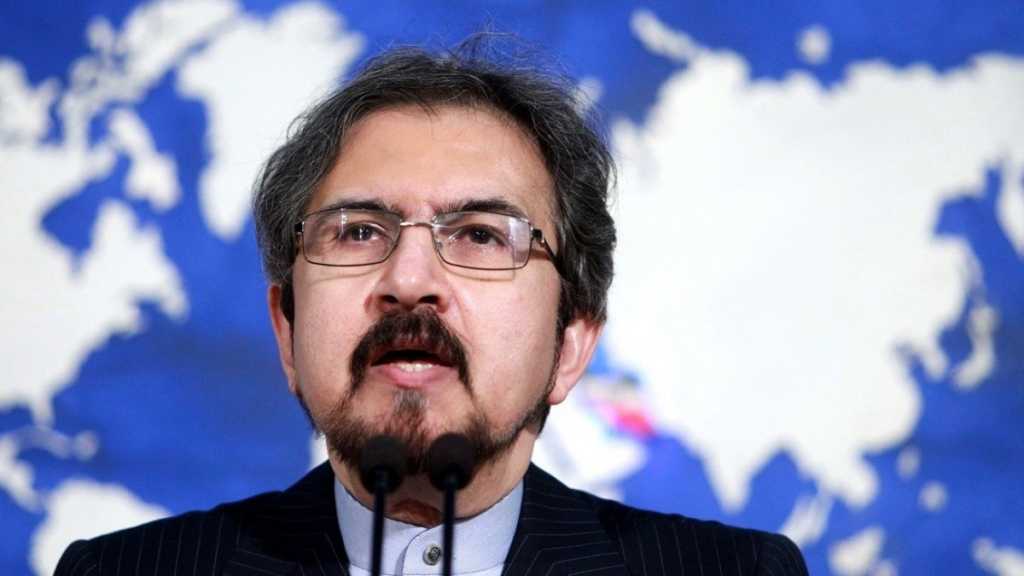 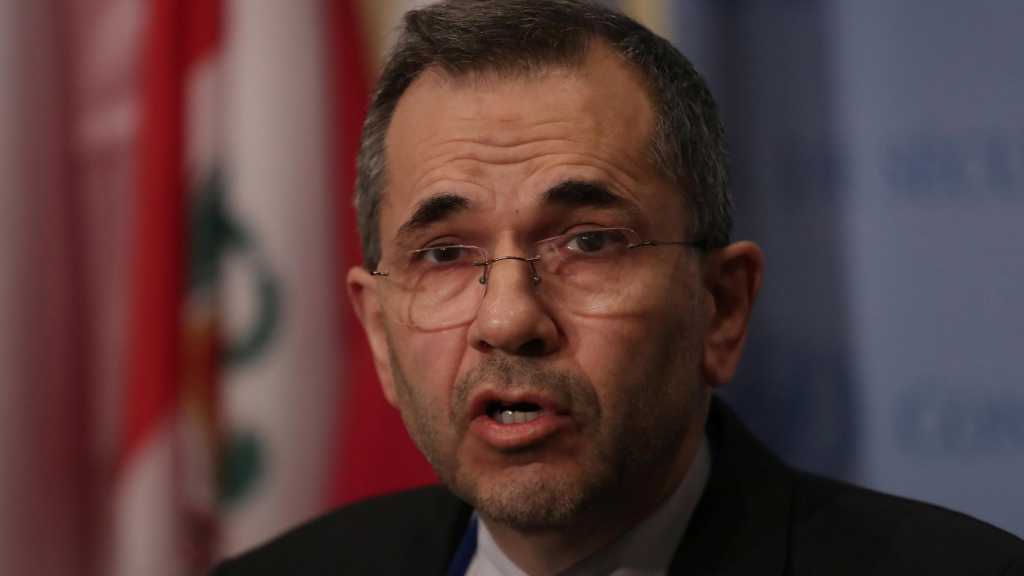 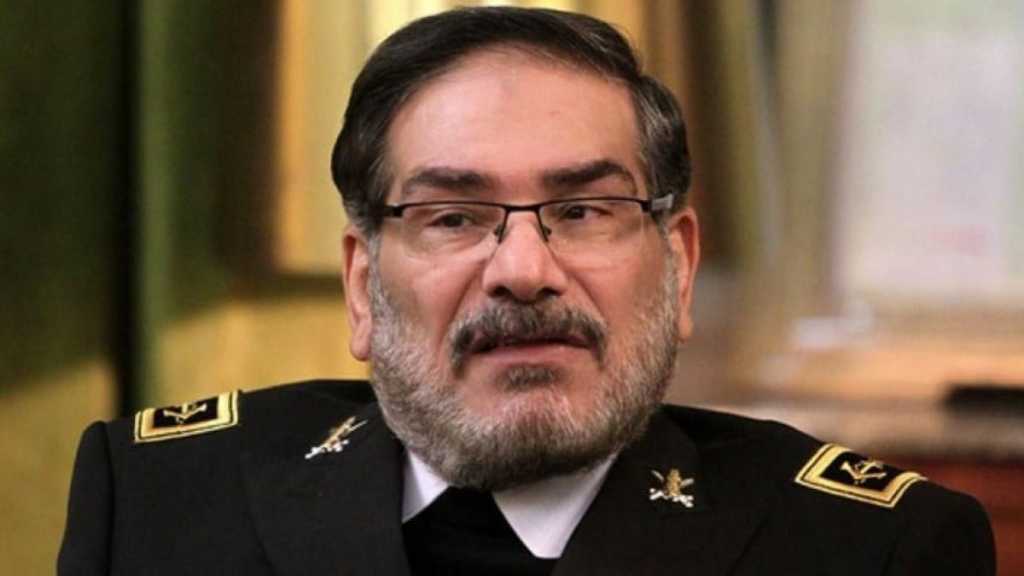