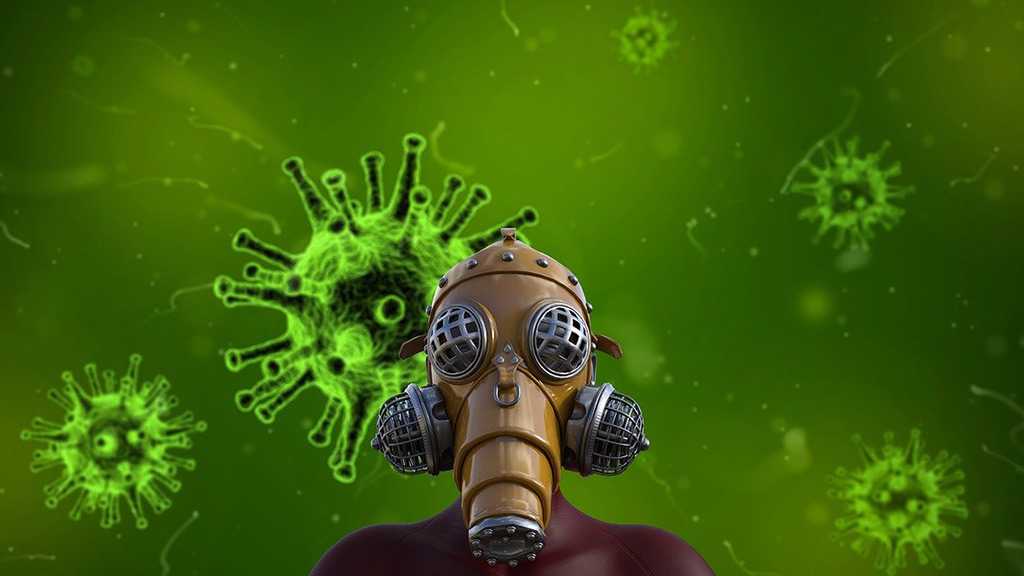 The most commonly reported mainstream media account of the creation of the Coronavirus suggests that it was derived from an animal borne microorganism found in a wild bat that was consumed by an ethnic Chinese resident of Wuhan. But there appears to be some evidence to dispute that in that adjacent provinces in China, where wild bats are more numerous, have not experienced major outbreaks of the disease. Because of that and other factors, there has also been considerable speculation that the Coronavirus did not occur naturally through mutation but rather was produced in a laboratory, possibly as a biological warfare agent.

Several reports suggest that there are components of the virus that are related to HIV that could not have occurred naturally. If it is correct that the virus had either been developed or even produced to be weaponized it would further suggest that its escape from the Wuhan Institute of Virology Lab and into the animal and human population could have been accidental. Technicians who work in such environments are aware that “leaks” from laboratories occur frequently.

There is, of course and inevitably, another theory. There has been some speculation that as the Trump Administration has been constantly raising the issue of growing Chinese global competitiveness as a direct threat to American national security and economic dominance, it must might be possible that Washington has created and unleashed the virus in a bid to bring Beijing’s growing economy and military might down a few notches. It is, to be sure, hard to believe that even the Trump White House would do something so reckless, but there are precedents for that type of behavior. In 2005-9 the American and “Israeli” governments secretly developed a computer virus called Stuxnet, which was intended to damage the control and operating systems of Iranian computers being used in that country’s nuclear research program. Admittedly Stuxnet was intended to damage computers, not to infect or kill human beings, but concerns that it would propagate and move to infect computers outside Iran proved to be accurate as it spread to thousands of PCs outside Iran, in countries as far flung as China, Germany, Kazakhstan and Indonesia.

Inevitably there is an “Israeli” story that just might shed some light on what has been going on in China. Scientists at “Israel’s” Galilee Research Institute are now claiming that they will have a vaccine against coronavirus in a few weeks which will be ready for distribution and use within 90 days. The institute is claiming that it has been engaged in four years of research on avian coronavirus funded by the “Israeli” entity’s Ministries of Science & Technology and Agriculture. They are claiming that the virus is similar to the version that has infected humans, which has led to breakthroughs in development through genetic manipulation, but some scientists are skeptical that a new vaccine could be produced so quickly to prevent a virus that existed only recently. They also have warned that even if a vaccine is developed it would normally have to be tested for side effects, a process that normally takes over a year and includes using it on infected humans.

If one even considers it possible that the United States had a hand in creating the coronavirus at what remains of its once extensive biological weapons research center in Ft Detrick Maryland, it is very likely that “Israel” was a partner in the project. Helping to develop the virus would also explain how “Israeli” scientists have been able to claim success at creating a vaccine so quickly, possibly because the virus and a treatment for it were developed simultaneously.

In any event, there are definite political ramifications to the appearance of the coronavirus, and not only in China. In the United States President Donald Trump is already being blamed for lying about the virus and there are various scenarios in mainstream publications speculating over the possible impact on the election in 2020. If the economy sinks together with the stock market, it will reflect badly on Trump whether or not he is actually at fault. If containment and treatment of the disease itself in the United States does not go well, there could also be a considerable backlash, particularly as the Democrats have been promoting improving health care. One pundit argues, however, that disease and a sinking economy will not matter as long as there is a turnaround before the election, but a lot can happen in the next eight months.

And then there is the national security/foreign policy issue as seen from both Tel Aviv and Washington. It is difficult to explain why coronavirus has hit one country in particular other than China very severely. That country is Iran, the often-cited enemy of both the US and “Israel”. The number of Iran’s coronavirus cases continues to increase, with more positive tests confirmed among government officials last Saturday. There were 205 new coronavirus cases, bringing the government claimed total to 593 with 43 fatalities, though unofficial hospital reports suggest that the deaths are actually well over 100. That’s the highest number of deaths from the virus outside of China.

No less than five Iranian Members of Parliament have also tested positive amid a growing number of officials that have contracted the disease. Iran’s vice president Masoumeh Ebtekar and deputy health minister Iraj Harirchi had also previously been confirmed with the virus.

The usual suspects in the United States are delighted to learn of the Iranian deaths. Mark Dubowitz, Executive Director of the Washington-based but “Israeli” government connected Foundation for Defense of Democracies [FDD] boasted on twitter Tuesday that “Coronavirus has done what American economic sanctions could not: shut down non-oil exports.” An Iranian government spokesman responded that “It’s shameful and downright inhuman to cheer for a deadly Virus to spread – and enjoy seeing people suffer for it…” Dubowitz followed up with an additional taunt, that Tehran has “spread terrorism” in the Middle East and “now it’s spreading the coronavirus.”

So, you have your choice. Coronavirus occurred naturally, or it came out of a lab in China itself or even from “Israel” or the United States. If one suspects “Israel” and/or the United States, the intent clearly would have been to create a biological weapon that would damage two nations that have been designated as enemies. But the coronavirus cannot be contained easily and it is clear that many thousands of people will die from it. Unfortunately, as with Stuxnet, once the genie is out of the bottled it is devilishly hard to induce it to go back in.