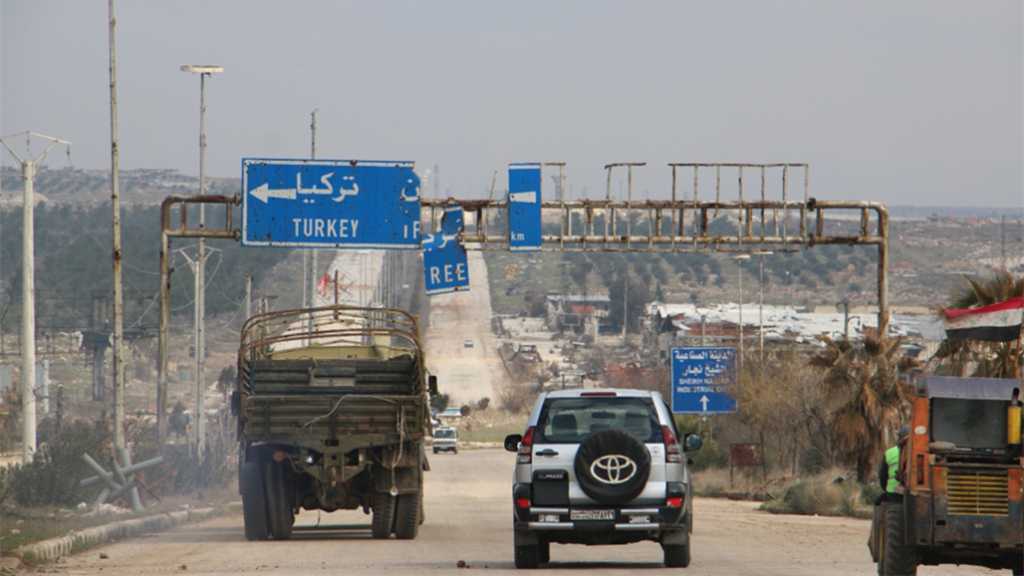 A series of tripartite and bilateral meetings have taken place behind the scenes of the battles in northern Syria. These gatherings set the objectives of the current battle. So, what’s really going on? Well, Damascus decided to liberate the city of Idlib and to secure the Damascus-Aleppo and Latakia-Aleppo highways.

This action was a central feature during a number of meetings. The first one was between Esmail Ghaani and Hakan Fidan, the second involved Ali Mamlouk and Hakan Fidan, and the third one was a Russian-Turkish-Iranian meeting.

While Damascus seeks to regain all its territories in batches, the equations involving northern Syria will be on the agenda when Presidents Vladimir Putin and Recep Tayyip Erdogan meet on Thursday.

The resumption of battles in northern Syria in mid-January was not the result of violations of a truce along the Aleppo and Idlib fronts. The battle is part of a plan crafted by Damascus and its allies. One part of the plan can be implemented, while the other seems to be dependent on Turkish-Russian agreements.

At the beginning of 2020, a meeting between Syrian President Bashar al-Assad and a leading delegation of Iranian advisers was arranged. During this meeting, Assad was clear regarding the final direction of the coming battle: the city of Idlib. He simultaneously articulated the priority of taking control of the Damascus-Aleppo (M5) and Latakia-Aleppo (M4) highways. Despite Syria’s clear direction, several tripartite meetings (Turkish-Iranian-Russian) and a bilateral one took place. The meetings were meant to give Syria what it wanted politically and avoid battles.

Al-Akhbar learned that during one of the Russian-Turkish meetings, a Russian military official confirmed that the objectives of the ongoing operation was to open the two highways (Damascus-Aleppo / Latakia-Aleppo) followed by a cease-fire. Ankara did not decisively reject the Russian offer. Rather, it began searching for technicalities that would allow the Turks to ‘manage the highways’ and conduct joint patrols with the Russians. This debate is still ongoing.

About two weeks ago, Esmail Ghaani, the commander of the Iranian Revolutionary Guard’s Quds Force, met with Hakan Fidan, the head of the Turkish intelligence. During the meeting, Tehran held Ankara responsible for the flare-up on the battlefield, saying that "what is happening is the result of a lack of commitment to previous agreements by the Turkish side ".

Ghaani affirmed that Syria, with Iranian support, will continue the operation "until the two highways are opened", stressing that "what is required now is a new agreement."

During this period, Fidan also met the head of Syria’s National Security Bureau Ali Mamlouk. The atmosphere of the meeting was similar to that with Ghaani.

"You did not abide by the agreements, and we are headed towards a new equation," said Mamlouk.

That is how the Turks were informed about the territories that will be liberated by the Syrian army, leaving Ankara with a narrow border strip which is about 8 kilometers in depth. The strip extends from Atmah town in the north (the town is linked to Efrin villages occupied by Turkey) to Harem and Slaqin, and to Darkush and Zarzur (Zarzur is located 14 kilometers north of the city of Jisr al-Shughur). But this map was flatly rejected by the Turkish side. It was then withdrawn from the discussions. And communications only revolved around the two international routes.

Following this ‘smooth’ triumph by the Syrian army and its allies, Ankara began sending negative messages – both in politics and on the battlefield – to the Russians and Syrians. All the while, it proceeded to openly send major military reinforcements to the militants. It also began to draw a new line of contact by creating military points and stationing Turkish soldiers there. These points extended from Darat Izza in the north all the way to Taftanaz and the areas around Saraqib east of Idlib city.

Turkish President Recep Tayyip Erdogan could not fathom the idea of the Syrian army’s capture of this large territory (about 2000 square kilometers) in a relatively short period of time.  Meanwhile, all sides realized that Damascus and its allies were heading to secure the Latakia-Aleppo highway in the next stage. Later, operations to take control of the southern countryside of Idlib were launched. And efforts were made to link it with Sahl Al-Ghab [Al-Ghab Plain] in the northern Hama countryside located south of the(M4) international road.

Since then, Ankara began to throw its weight around on the battlefield. It sent its special forces to fight alongside Hayat Tahrir al-Sham (formerly known as Jabhat al-Nusra) militants and the Turkistan Islamic Party that fought in the battle of Nayrab, for example. A few days into the fighting, the Turkish forces were dealt a heavy blow when a raid on the village of Balyoun in the southern Idlib countryside killed 33 Turkish soldiers and wounded dozens. This strike prompted Ankara to put all its cards on the table to regain the city of Saraqib. This is where the M5 and M4 highways intersect.

On the other hand, Moscow was trying to preserve the previous gains made by Syria without cutting off contacts and agreements with Ankara. As for Tehran and Beirut, their message to Damascus was that "the roads will be opened no matter the costs" and that they are on its side.

On the night after the strike that led to the martyrdom of dozens of Syrian soldiers and fighters from Damascus’s allies, and just when the tables seemed to turn in Turkey’s favor amid a Russian retreat from aerial intervention, new reinforcements were sent to the front. Saraqib was liberated following a battle that did not last more than 24 hours.

Today, the danger on the Damascus-Aleppo (M5) highway has been relatively thwarted. The eye is once again on the Latakia-Aleppo (M4) highway. So, the Turks once again sent the joint patrol proposal, specifying the locations of its deployment between Jisr al-Shughur and Saraqib (part of M4) and between Maarat al-Numan and Saraqib (part of M5). But the latter was rejected, while the former was left unanswered since "M4 is not yet liberated". As for the real answer, it may come after Thursday’s meeting between Putin and Erdogan where new maps might be drawn. However, Syria has shown over the years of war, especially in the northern region, that all maps have a certain shelf life.