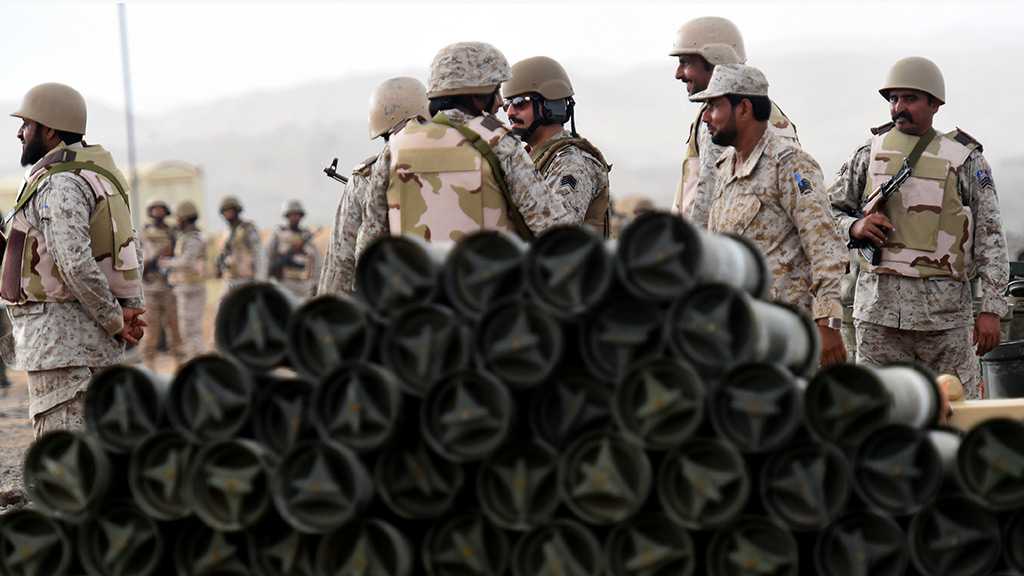 The US has spent five years helping Saudi Arabia commit war crimes and slaughter civilians in an aggressive war against Yemen. Washington’s subservience to the Saudi royal family, whose regime shares few interests and even fewer values with America, has made the US complicit in tens of thousands of needless deaths.

The Trump administration recently demonstrated a particularly toxic mix of hypocrisy and sanctimony regarding Yemen. The Pentagon complained that naval seizures by American patrols working on behalf of the Saudis had captured blasting caps for improvised explosive devices and components of anti-tank, anti-ship, and anti-aircraft missiles. The latter, called 358s, are known as “loitering” missiles, containing two different motors and avoiding normal defensive measures. An unnamed Pentagon official complained to the New York Times that the 358s could down American helicopters and tilt-wing Ospreys – though why that matters is unclear, since Washington supposedly is not running combat missions in Yemen.

Captain Bill Urban, a spokesman for US Central Command, charged: “They are illicitly smuggled for a purpose and that purpose is to spread lethal assistance to the Houthis…, there’s not a plausible explanation on how these weapons got on to a vessel in Yemen without the sanction of the Iranian government.”

With no hint of irony, he complained that Tehran had been arming the Houthi Ansarullah Revolutionaries since the war’s start – when Saudi Arabia invaded Yemen – and had thereby prolonged the fighting. That is, Iran’s assistance enabled the Yemenis to defend themselves from their much richer and better armed adversary, which was supplied and otherwise aided by the US.

For decades, Washington has allowed Saudi Arabia to essentially hire out the American military as royal bodyguard. The Kingdom is an absolute monarchy without even a hint of religious or political liberty – indeed, Crown Prince Mohammad bin Salman [MBS], to whom the president and administration officials routinely genuflect, has reduced to nothing the minimal space that previously existed in his country for dissent. His most brazen act, in October 2018, was the murder and dismemberment of Saudi journalist and US resident Jamal Khashoggi.

The United Arab Emirates is not quite so bad, at least if graded on a curve. Abu Dhabi, which has sharply downgraded its involvement in the conflict, has also long committed bombing carnage. Moreover, reports Amnesty International, the UAE imprisoned Yemenis and practiced “detention at gunpoint, torture with electric shocks, waterboarding, hanging from the ceiling, sexual humiliation, prolonged solitary confinement, squalid conditions, inadequate food and water.”

Washington has sold billions of dollars’ worth of aircraft and munitions to Riyadh and the UAE. The Pentagon also provides intelligence assistance to the Saudis in choosing their Yemeni targets, which itself raises serious questions since the royals appear to have intentionally struck civilians. For years, the US military has also refueled Saudi aircraft engaged in bombing Yemen sites, including apartments, hospitals, weddings, funerals, school buses, and commercial sites.

Of course, Riyadh’s culpability and cant are greater than Washington’s. American officials are aiding and abetting murder; Saudi officials are engaging in it. Riyadh announced that it had recently intercepted missile attacks on Saudi cities. Saudi spokesman Turki al-Malki piously complained: “They were launched in a systematic, deliberate manner to target cities and civilians, which is a flagrant defiance of international humanitarian law…”

Unsurprisingly, Malki failed to mention that he represents one of the world’s richest nations, which attacked one of the poorest. Yemen has long been convulsed by internal conflict. The latest round of fighting had nothing to do with Saudi Arabia. They invaded to restore to power a ruler they believed they could control. To the Saudi royals, everything is about the Saudi royals, irrespective of the cost to anyone else.

As for Malki’s complaint about attacks on Saudi cities, humanitarian groups agree that Riyadh has killed thousands of Yemenis. Two thirds to three quarters of all civilian casualties and property damage have resulted from Saudi and Emirati air attacks. Almost the entire Yemeni population faces death, hunger, poverty, and/or disease, the nation’s commercial, health, residential, and transportation infrastructure having been intentionally destroyed.

Last year, the United Nations warned, “The humanitarian crisis in Yemen remains the worst in the world. Nearly four years of conflict and severe economic decline are driving the country to the brink of famine and exacerbating needs in all sectors.” The UN then estimated that some 24 million people, an astounding 80 percent of the population, needed international assistance. More than 14 million were in “acute need.” The cholera epidemic afflicted a million people. All of these resulted from Riyadh’s invasion.

Another perverse result of Washington’s support for Saudi tyranny has been the unintended transfer of US weapons to Islamist radicals. The Coalition, as the Saudi-Emirati axis styled itself in 2015, has allied with Islamists, including al-Qaeda in the Arabian Peninsula, long the most feared national affiliate of Osama bin Laden’s transnational group. According to the Associated Press, the Saudis and Emiratis “cut secret deals with al-Qaeda fighters, paying some to leave key cities and towns and letting others retreat with weapons, equipment and wads of looted cash.” Militias supported by the Coalition “actively recruit al-Qaeda militants, or those who were recently members, because they’re considered exceptional fighters.”

Equally serious, the Saudis and Emiratis have armed militias, sometimes with American weapons. Amnesty International charged that “the UAE has become a major conduit for armored vehicles, mortar systems, rifles, pistols, and machine guns – which are being illicitly diverted to unaccountable militias accused of war crimes and other serious violations.” The Pentagon recently complained about Iran allegedly transferring missiles to the Ansarullah, yet Riyadh provided antitank missiles to local al-Qaeda forces. Explained CNN, Riyadh and Abu Dhabi “have used the US-manufactured weapons as a form of currency to buy the loyalties of militias or tribes, bolster chosen armed actors, and influence the complex political landscape.”

The Gulf matters much less to America these days: the “Israeli” entity is a regional superpower and the oil markets have diversified. The US has no intrinsic security interest in Yemen. AQAP is a concern, but it is the Saudis and Emiratis who have allied with Takfiri radicals. The conflict is a humanitarian tragedy, but on that score Washington is fighting on the wrong side, on behalf of the brutal aggressor.

The administration should end America’s participation in such an unjust, unnecessary war. That would encourage Riyadh to accelerate discussions with the Ansarullah in search of a diplomatic settlement. But America’s policy also shouldn’t depend on the Saudi position. The shock is not that Iran aided the Yemenis; it’s that Washington is supporting the corrupt, repressive Saudi