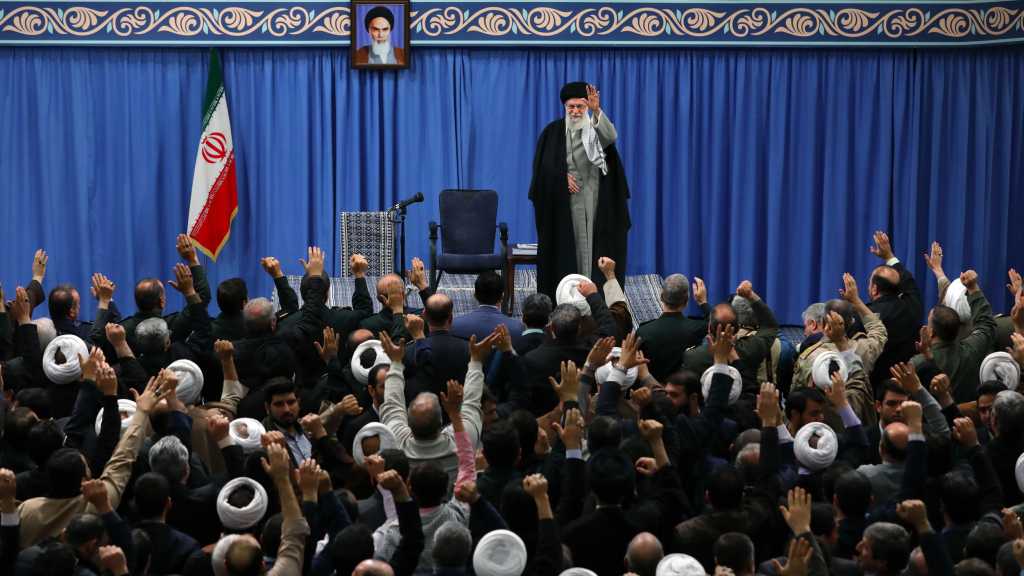 Imam Khamenei made the remarks in a meeting with thousands of people from Iran’s East Azarbaijan Province in Tehran on Tuesday, marking the anniversary of the Tabriz uprising of February 18, 1978.

His Eminence stressed that the Elections are a public [act of] resistance and a reason to boost the country's capabilities, dignity of the Islamic regime.

The US Propaganda aims at the Iranian youth and distracting them from the Islamic regime, but it won't bear fruits, Imam Khamenei pointed out.

Referring to what happened in the Islamic Revolution's anniversary and that of dear martyr Qassem Soleimani, Imam Khamenei emphasized that this will happen again in the elections as he was quite sure that they will foil bad wills plotted by the Americans and the Zionists.

“We want a parliament that saves the country from conspiracies,” His Eminence said, adding that the Iranian elections are a response to the plots and conspiracies made by the enemies of the country.

Iran must be strong, and had it been strong, then the enemy will be desperate and its conspiracies will be foiled before they are born, the Leader of the Islamic Revolution stressed.

“An example on Iran's power is our strong Parliament that protects the country from conspiracies by legislating the required laws and guiding the government.”

“The recent American gossips against Iran reflect their reactions after the martyrdom of Lieutenant General Qassem Soleimani,” Imam Khamenei said, noting that “The American statements regarding the elections are attempts to influence it and spread despair among the Iranian people.”

According to Imam Khamenei, US President Donald Trump and his entourage recognized that they made miscalculations in assassinating Lt. Gen. Soleimani, and that the result of their operation was the opposite [of their goals].