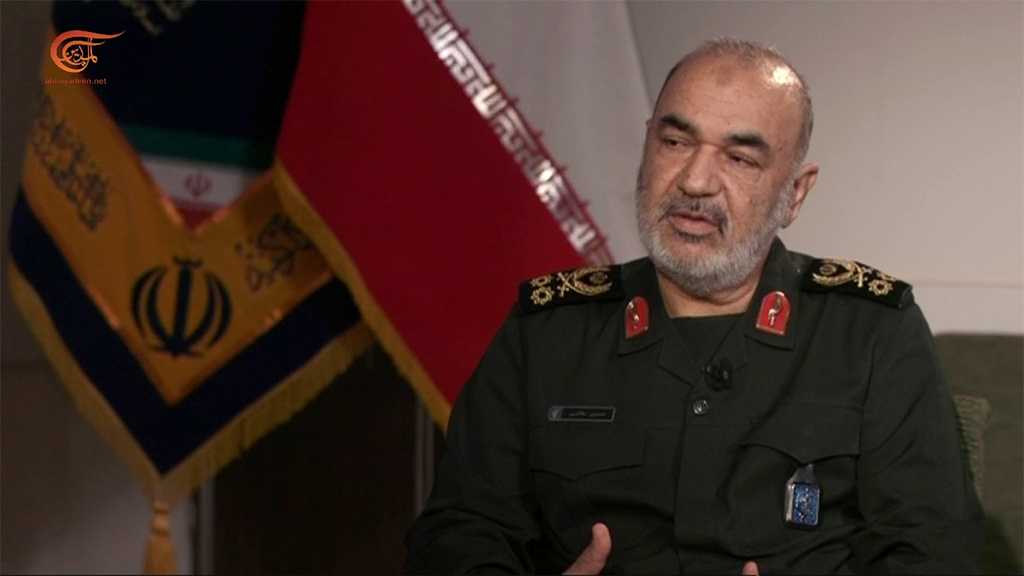 The chief commander of Iran's Islamic Revolution Guard Corps [IRGC] said the country’s missile strike on a US base in Iraq in response to the assassination of Lt. Gen. Qassem Soleimani and his companions was legitimate defense while being of a strategic nature.

Major General Hossein Salami made the remarks in an exclusive interview with Lebanese Al-Mayadeen news network on Monday, saying, “The measure we took against the Americans was totally defensive. It was a legitimate defense, a legal defense, [and] a right, which we had to claim.”

On January 8, the IRGC fired volleys of ballistic missiles at Ain al-Assad military base in the western Iraqi province of Anbar in response to the January 3 assassination by the US terrorist forces of General Soleimani, the commander of the IRGC's Quds Force, and the second-in-command of Iraq’s Popular Mobilization Units [PMU], Abu Mahdi al-Muhandis, as well as a group of their companions in Baghdad.

The US assassination was carried out on the direct order of President Donald Trump, with the Pentagon taking responsibility for the strike.

General Soleimani is viewed by the world's freedom-seeking people as the key figure in defeating Daesh [the Arabic acronym for terrorist ‘ISIS/ISIL’ group] in the Middle East battles.

Salami further emphasized that the IRGC's operation was also a military response, because the Islamic Republic had to give a “clear, understandable, and credible response that could be witnessed by the entire world in order to shape global norms that are used to judge our power and the will that backs that power."

Iran needed to carry out the attack as it proved the country's power and determination, Salami stressed, adding that: "We had to stop the Americans at that point and show them that their calculations and hypotheses must be changed when dealing with the Islamic Republic of Iran."

Salami noted that after the assassination General Soleimani and his companions, US President Donald Trump claimed he would attack 52 sites in Iran if Tehran gave a military response, but "we had to show that the US president is a liar and his remarks are invalid. His threats have no value."

In a tweet on January 4, Trump claimed that his military would hit “very important” targets related to Iran if the Iranians sought to take a retaliatory action against the US for the assassination of General Soleimani.

“We have ... targeted 52 Iranian sites [representing the 52 American hostages taken by Iran many years ago], some at a very high level & important to Iran” said Trump while making a reference to the occupation of the former US embassy in Tehran in 1979.

Elsewhere in his remarks, Salami said Iran's military response was also of a strategic nature and shattered the US’ delusions of grandeur.

"However, the main response will be delivered once General Soleimani's objectives are achieved," including "the fall and collapse of the Zionist regime in the region ... termination of the US’ regional presence, and complete defeat of US policies," he added.

Separately, Salami warned the Zionist regime about any “acts of mischief,” saying the regime is "way weaker and far more powerless in our calculations" in comparison with the US.

Salami added that all the ‘Israeli’-occupied Palestinian territories are within the reach of Iran’s missiles, saying, "Great potential exists for bringing about the collapse of the Zionist regime, but the time is not ripe yet for their final fall."

Salami said he believes that the ‘Israelis’ are paving the way for their defeat by continuing their mischievous acts, adding, “They must pay attention to the reality that they are under siege in a strip of land. These concrete walls or these electronic barriers or these soldiers who are tired of war and afraid of death … will not save them.”

"They should not rely on the Americans. Others relied [on them] and gained nothing, [because] Americans always arrive late [for rescuing them] like an ambulance that arrives at the scene [of an accident] after the patient dies," Salami said. 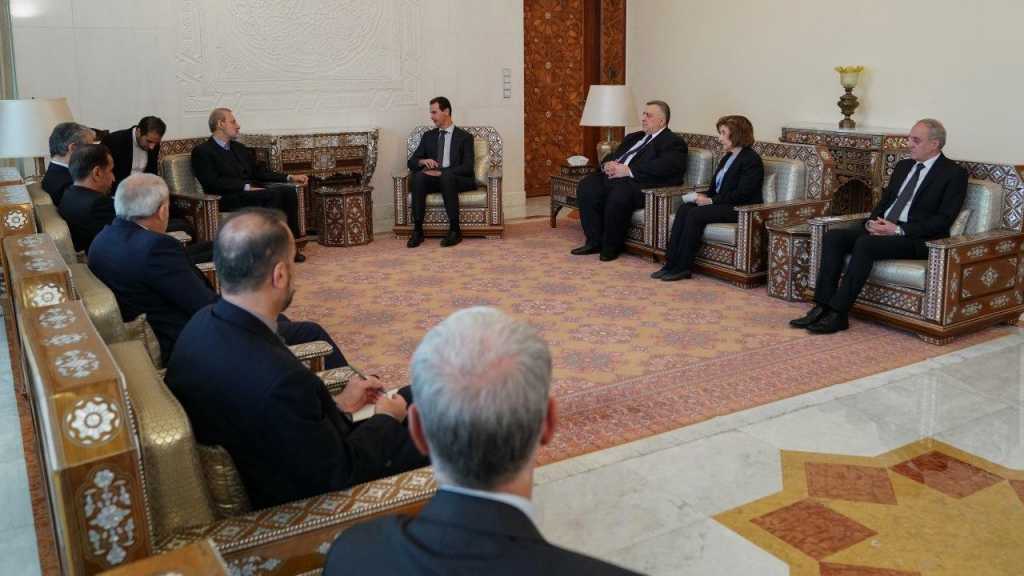 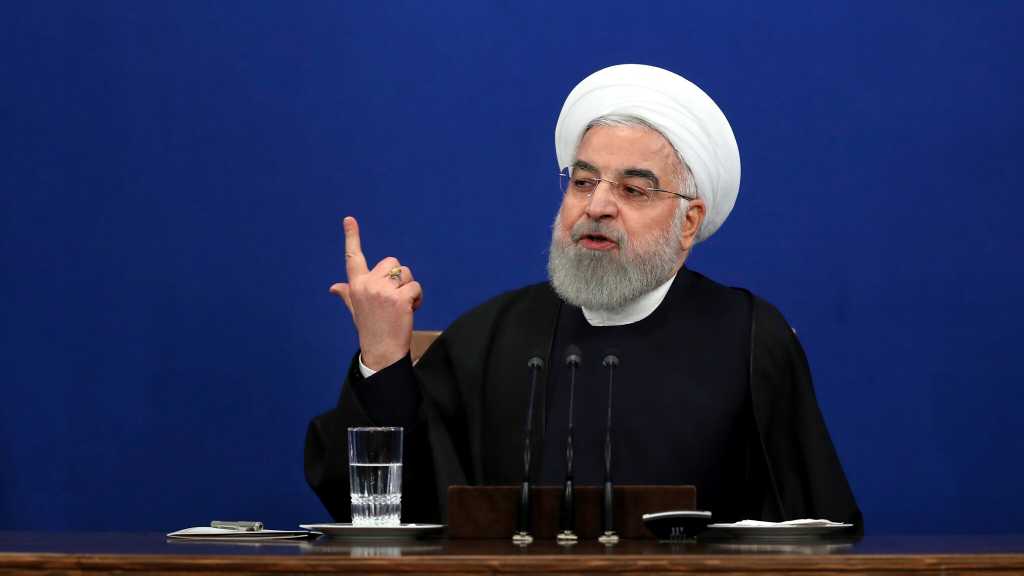 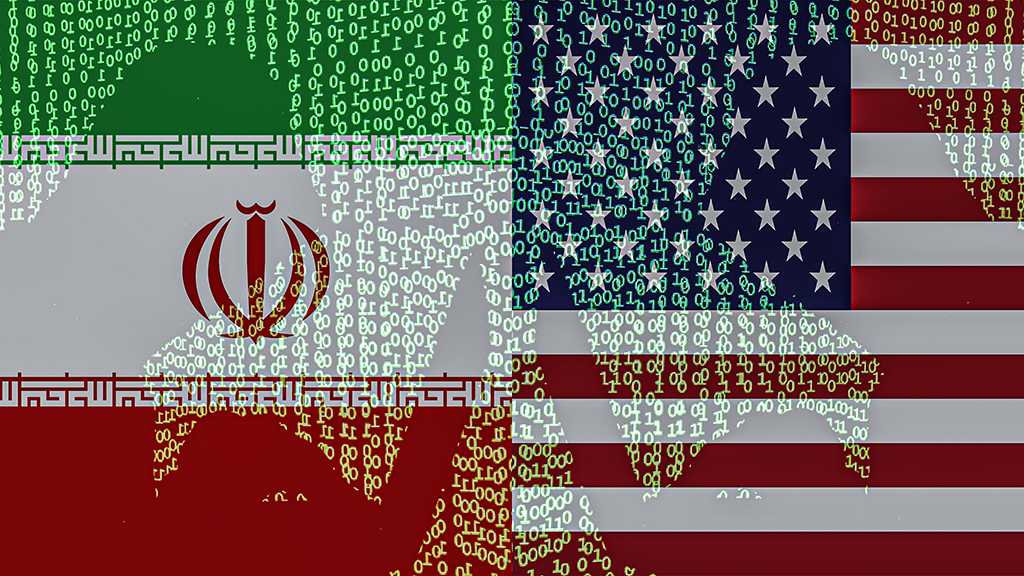