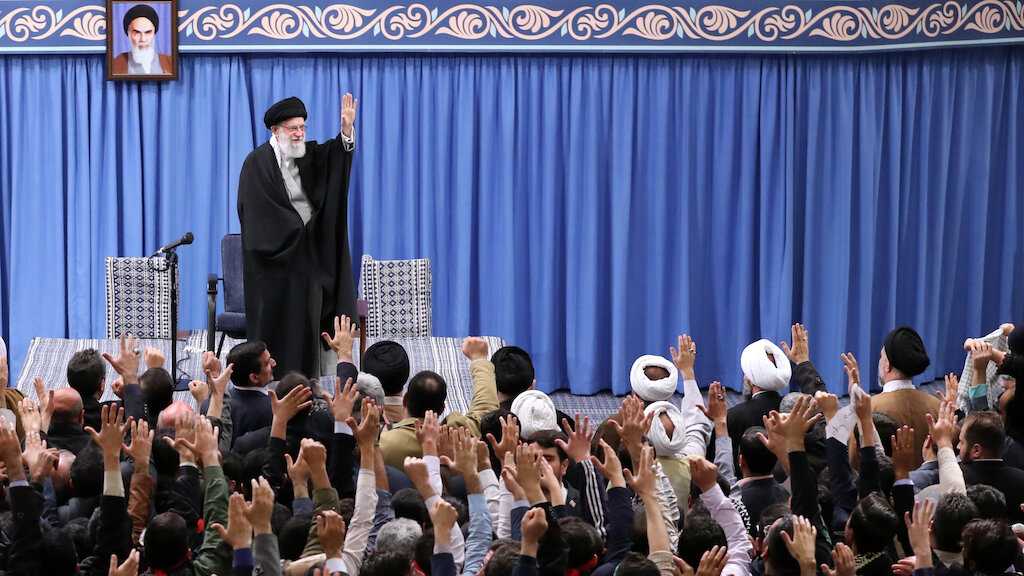 Leader of the Islamic Revolution His Eminence Imam Sayyed Ali Khamenei made a statement in which he stressed that "the American plot of the 'Deal of the Century' will die before US President Donald Trump dies.

Imam Khamenei made the statement as he received thousands of people from various groups at the Hussayniyeh of Imam Khomeini this morning, February 5th, 2020 ahead of the 41st anniversary of the victory of the Islamic revolution.

His Eminence stated that "The US arrogant powers unveiled a scheme dubbed 'Deal of the Century' and were wishing that is comes true by choosing a catchy name for it," noting however that first of all it was a stupid step. Second, Imam Khamenei said: "It indicates betrayal; and third, this scheme will harm them in the first place."

Imam Khamenei explained that this step is stupid because the scheme is doomed to failure, stressing that it will die before Trump does, adding that the calls to take part in unveiling it, making a noise about it and investing in a scheme that won't be achieved is a stupid action.

Imam Khamenei went on to say that it is a sign on the Americans' cunning because they made a deal with the Zionists in a matter that concerns the Palestinians.

Imam Khamenei addressed the Americans and Zionists by stressing that Palestine belongs to the Palestinians. He then asked them: Who are you to make decisions related to Palestine?

This step has turned against them since day one. Unlike the arrogant powers' efforts to make Palestine forgotten, this step revived the Palestinian Cause in the entire world, Imam Khamenei said.

His Eminence further tressed that we shouldn't care fro four traitor Arab presidents who have lost their qualification and position among their peoples.

During his speech, Imam Khamenei urged all those who care for Iran and its security to take part in the upcoming elections.