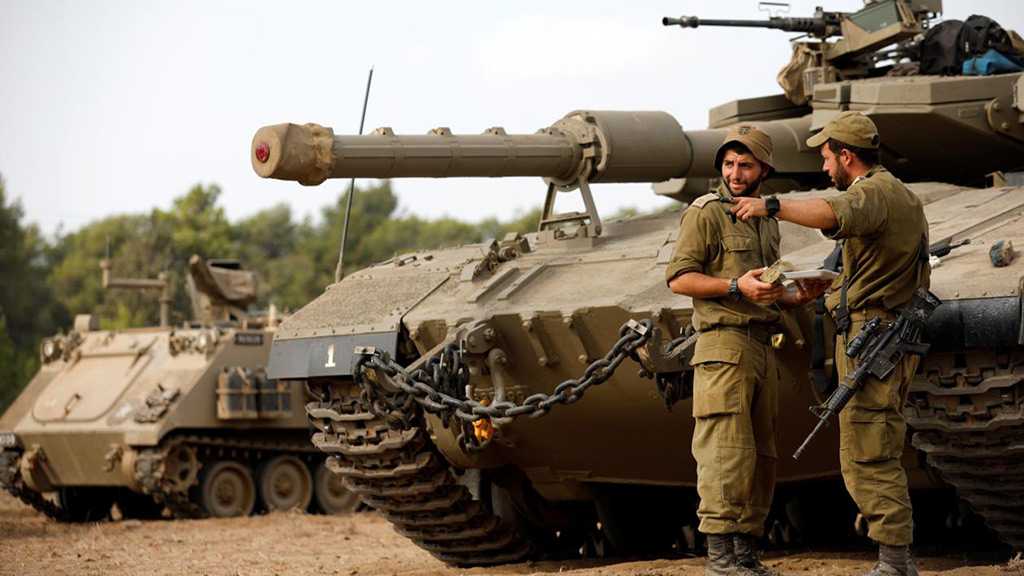 If “Israel” has to go to war tomorrow against Iran or Hezbollah, there’s a problem.

The “Israeli” mechanized division that would fight at the entity’s northern border, or enter Syria or Lebanon, are in bad shape.

The 319th Division, stationed in northern “Israeli” occupied Palestinian territories, is short of equipment such as tanks, and the equipment it does have is in poor condition, according to an “Israel” Occupation Forces [IOF] audit cited by “Israeli” news site Ynet.

“According to the audit's findings, 52 percent of combat vehicles are unfit for use and there is a 20 percent shortage of weapons and night-vision equipment for soldiers,” Ynet said.

The auditors found that many armored vehicles were lacking during proper maintenance checks, with 68 of them sitting uncovered and unprotected against the elements. Dozens of other vehicles were found unusable due to faulty tires and broken engines, and only 34 percent of oil tankers and more than 33 percent of cranes were also found to be unusable.

The Ynet article was accompanied by photographs that showed vehicles in a dilapidated condition or unprotected by tarps against the elements.

Auditors found that the problem extended to the entity’s 319th Division’s support units, as well. “The Northern Command's logistics unit, upon which the 319th Division relies in times of war, has a shortage in communications equipment and vehicles for medical evacuation, and the division's medical unit hasn't had a commanding officer or lieutenant for almost a year.”

One reason for the 319th Division’s woes is that there isn’t enough equipment to meet both operational and training needs. “The audit found that about half of the 319th Division's Mark 4 Merkava tanks and almost 100 communication devices have been lent to the Armored Corps training unit, located more than 350 kilometers [217 miles] from their main storage and maintenance areas in the north,” Ynet said.

These tanks are worn out, impairing their emergency and combat capabilities.

According to a high-ranking officer in the IOF Northern Command “the issue of lending equipment and armored vehicles is a military decision, citing the Mark 4's production lines being incapable of accommodating both the standard and training units”.

Yet the 319th Division’s woes reflect a larger pattern in the IOF. In the 2006 “Israeli” aggression on Lebanon, “Israeli” troops suffered from shortages of basic items, from food and water to ammunition, IOF – which prides itself on flexibility to rapidly adapt to the chaos of battle – bases its approach on the mission-oriented tactics of the World War II German army. Yet despite being a virtuoso on the battlefield, the Wehrmacht’s logistics skills were often lacking: German troops constantly ran out of fuel, ammunition and food during Operation Barbarossa, the 1941 invasion of the Soviet Union.

Sometimes a nation has sufficient time and strategic depth to remedy logistical shortfalls. But as this writer learned while observing an “Israeli” armored brigade on maneuvers along the occupied Golan Heights in February 2019, the IOF may have only hours to prepare for battle along the entity’s northern border.

Time to fix mistakes is a luxury the “Israeli” entity does not have.