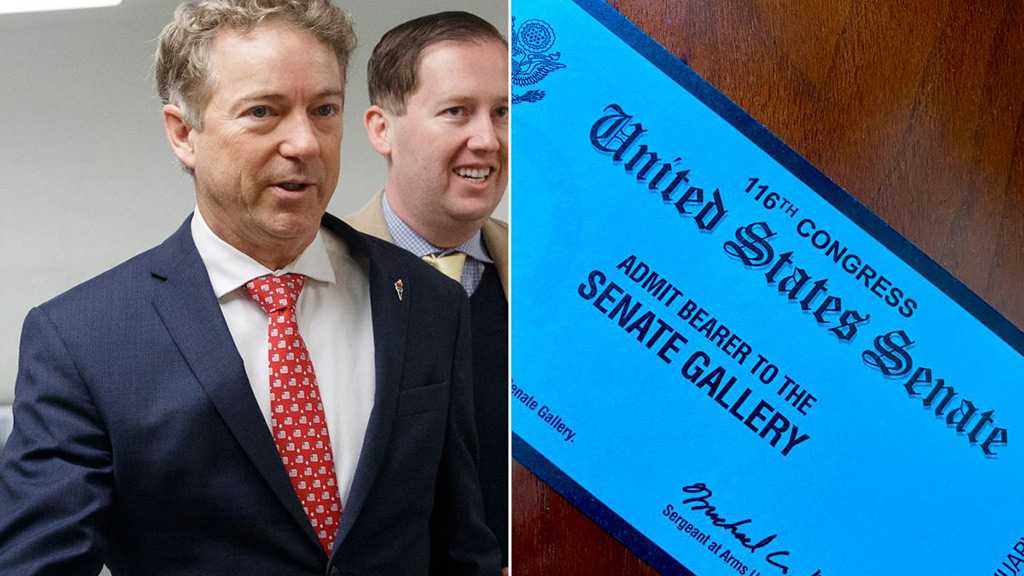 Senators control most tickets in the spectator gallery that rings the Senate chamber, and during the first day of the trial, most of those seats were unfilled – suggesting it is possible to find free space for Trump if he wants to attend.

“He’s welcome any time. I’ve got a ticket for him,” Paul told the New York Post. “In fact, I’ll probably send a ticket over to the White House today for him.”

He also posted the ticket on his twitter, welcoming the president to show up.

Trump was discussing a visit to the Senate early Wednesday while speaking to reporters in Davos, Switzerland, before returning to Washington.

“I’d sort of love to sit in the front row and stare in their corrupt faces,” Trump said, adding that his legal team “might have a problem” with it.

Many Republican senators supported the idea, saying that the president would be welcome to attend and that his appearance would make the conversation livelier, as many senators struggled to stay awake Tuesday during a late-night session. The Democrats, however, urged Trump to appear and testify under oath.

The House Democrats impeached President Donald Trump in December 2019 on two counts: abuse of power, relating to his decision to hold back military aid to Ukraine after he requested an investigation into his potential 2020 rival Joe Biden, and obstruction of Congress, relating to the White House's refusal to cooperate with the Democrat-led investigation. Trump has dismissed the impeachment proceedings as another "witch-hunt" brought up by Democrats against him. 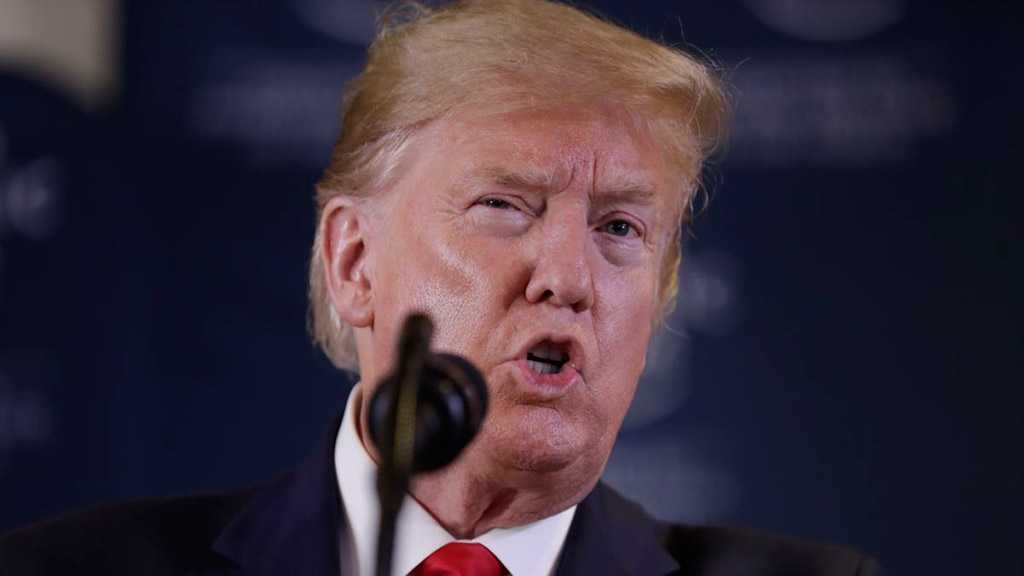 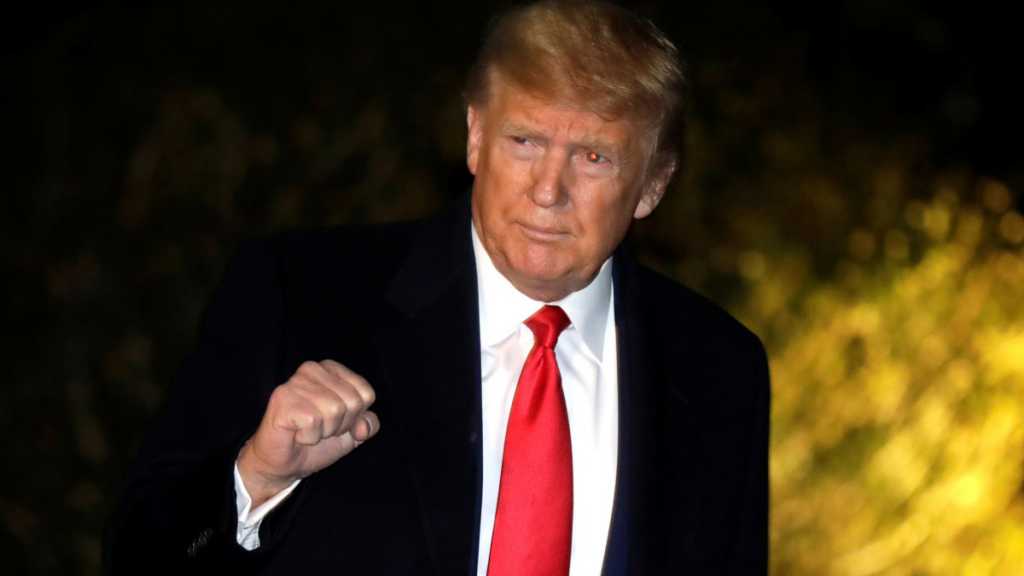 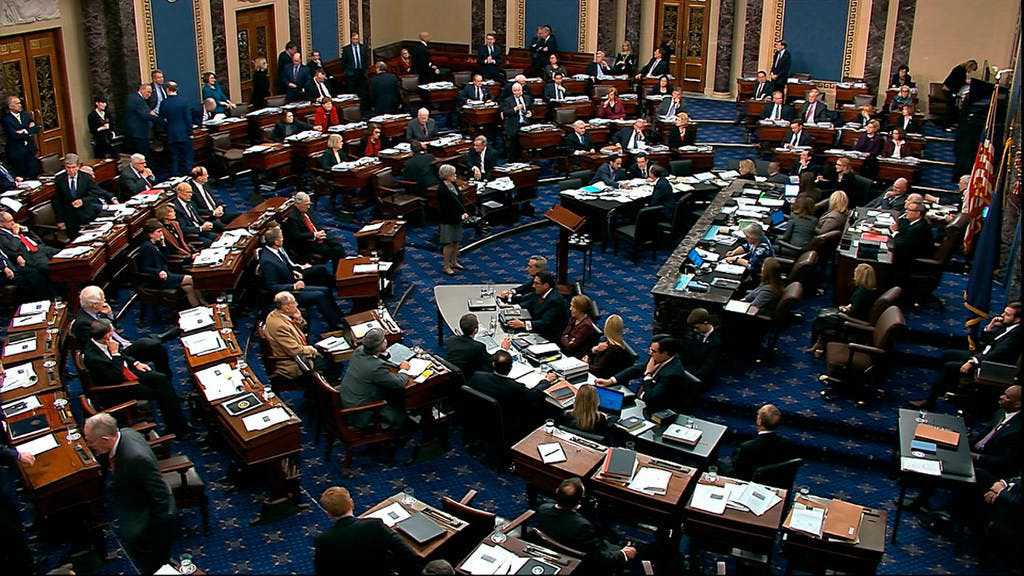