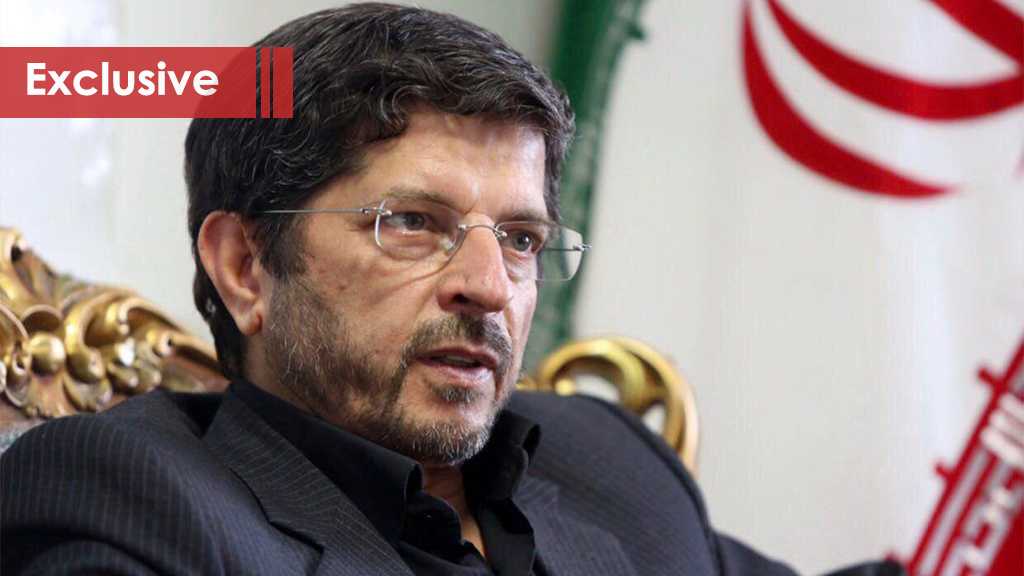 The martyrdom of Lieutenant General Qassem Soleimani has created a ripple effect in Iran and the region, still being the talk of the town.

It is the political dimension of his assassination that is mostly discussed in the media. However, it is important to note that the martyr, was not merely a military personnel despite the fact that most of his pictures come in army clothing or on the battle fields. Gen. Soleimani was multi-dimensional personality that scared Trump, he was unique, humane, and fought against imperialism and the colonialism of minds.

In an interview with al-Ahed news, the Cultural attaché of the Islamic Republic of Iran in Lebanon, Dr. Abbas Khameyar said that media has not shed enough light on the reality behind martyr Soleimani’s personality, which he described as “transnational”. He assured that when he was alive, he foiled all attempts of dissecting the region and stood in face of all hegemonic schemes.

“We should pay attention to the different dimensions of General Soleimani’s personality. He wore his military clothing most of the time, he was in the battlefields among the soldiers fighting Takfiri groups in the region. However he was like a shelter or umbrella protecting Iran’s civilization and culture,” Dr. Khameyar said.

The diplomat underscored that the military character of Hajj Qassem holds a lot of dimensions within its folds. He had a mission to protect Iran’s humanitarian, cultural and civilizational existence as well as its Islamic civilization. In fact, Leader of the Islamic Revolution His Eminence Imam Sayyed Ali Khamenei stresses this aspect. “The battle between us and our foes is a battle of civilization par excellence. We have to realize that holding on to our civilization, customs and traditions is an integral part of our identity and existence and that the military serves to protect it.”

Touching on US President Donald Trump’s threat to target 52 historical sites, Dr. Khameyar highlighted that “the uncivilized opponent knows that targeting our civilization hurts, and so he does it on purpose.”

Since the Islamic Republic of Iran decided to free itself from the manacles of American supremacy in 1979, the US has become so occupied with attempts to destroy Iran’s civilization and culture. This is not an unplanned thing, it is calculated and intentional. Iran’s heritage is the oldest among many across the world. It also enjoys a strategic geographical position which makes the US more obsessed about controlling it.

According to Dr. Khameyar, “Trump’s words and his threat to target Iran’s sites was not a slip of a tongue, but rather part of the hegemonic mindset. To understand this, we can look at historians like Bernard Lewis and the strong impact he had on the US decision-making. He wrote a paper in 1979 under the title “Iran in history” and presented it in Tel Aviv.”

Dr. Khameyar pointed out that “this policy of dissecting the region and ruining its heritage and culture was seen across the region in what some call the ‘Arab Spring’ and others call the ‘Arab awakening’; names do not really matter and it is the legacy of Lewis and people who have adopted his thought. We have seen the destruction of museums and libraries in Iraq after the collapse of the Saddam regime, and the same scenario in Egypt. The head of the National Museum of Iraq told me in person that in less than 36 hours after chaos spread when the Saddam regime collapsed, more than 15 thousand antiquities were either destroyed or stolen. Also in Syria, the Takfiri groups adopted the same policy of destroying cultural and historical heritage in Aleppo, Palmyra and other cities. If it were not for the popular and youth groups that quickly took action, all this heritage would have been destroyed.”

The diplomat noted “Lewis says Iran is one of the civilized countries that was immune in face of any attempts to ruin its heritage and culture for at least two centuries. His advice to confront such countries like Iran is through division, so Iran should be divided into a great Baluchistan, a great Khorasan, a great Azerbaijan and so on. ”

Bernard Lewis, a British-American historian of the Middle East, has been formidably influential in America – his policy ideas have towered over presidents, policy-makers and think-tanks, and they still do. For those who might not have known this: The “Bernard Lewis plan”, as it came to be known, was a design to fracture all the countries in the region – from the Middle East to India – along ethnic, sectarian and linguistic lines. A radical Balkanization of the region. He seems to be Mike Pompeo’s intellectual hero. For example, Pompeo says: “I met him only once, but read much of what he wrote. I owe a great deal of my understanding of the Middle East to his work … He was also a man who believed, as I do, that Americans must be more confident in the greatness of our country, not less.”

Dr. Khameyar added “The military façade of general Soleimani is indeed a shield that protects and preserves the humanitarian, cultural and historical heritage of Iran and the region. His personality was also multi-dimensional. He was on the battlefields to help fight terrorist groups, but he was also among the poor inside Iran, trying his best to help them out. During the floods that struck Khuzestan last year, he was among the first to be there and provide help. Tens of stories have emerged after his assassination, showing a person of modesty, chastity and humanity and this is what made him so popular among the Iranians and this is why millions poured down the streets to participate in his memorial.”

The Iranian diplomat explained that the people called him the general of hearts and love. “This has its roots in Iranian poetry and literature. When we talk about “Eshq”, meaning love, the great poets of Persia cross our minds like Hafez and Rumi. They are internationally well-known for their ingenious and unique works. And when we mention the Shahnameh, which is the book of epics we talk about heroic characters. Today, General Soleimani is an epic, a real one though. He also exemplifies Karbala, which is an integral part of Iranian and Islamic culture and history.”

Dr. Khameyar underlined that the millions of people who attended his funeral or headed to the streets in all the Iranian cities in fact were like a sea of human beings, with its tides extending outside the borders of Iran as well.

“The huge ceremonies in which most Iranians participated represents another referendum to the legitimacy of the Iranian government. It is also like a consensus and approval to the resistance front or what is known as the axis of resistance in the region. Despite the desperate American attempts to destroy Iran and despite the sanctions, pressure and different means adopted to harm Iran, the martyrdom of Hajj Qassem fixated the resistance front and united the Iranian people. Today, we can say that the resistance has become globalized, since martyr Soleimani is a transnational personality that transcends borders and geography.”

Describing the personality of martyr General Soleimani, Dr. Khameyar said that we can perhaps call it a smart-power personality; it combines both soft and hard power together.

“This smart-power is demonstrated in a few things: the spread of the culture of resistance among Iranians and other peoples of the region, the strengthening of the popular will, the persistence and perseverance of the Iranians in face of all difficulties and the rising voices “We are all Soleimani” across Iran and the region. It is also exemplified in what happened in the Iraqi parliament, where MPs urged US forces to leave the Iraqi territory, and in the marches of millions of people also outside Iran. Now hard power comes in the form of the missiles that precisely targeted the Ain al-Assad US military base located in Iraq, and maybe new strikes in the future to deter the occupiers, who knows. This military strike was not intended to kill, it was a clear message that US hegemony can be defeated, and that the US army is not invincible.”

Describing General Soleimani with Iranian poetry, Dr. Khameyar said the poem of “The Breath of the Christ” fits him really well.

Hafez said "I am a hole in a flute that the Christ's breath moves through-listen to this music." The Music of the Divine, of the breath of Christ – Music that melts and opens the heart and frees the soul of any willing to listen. 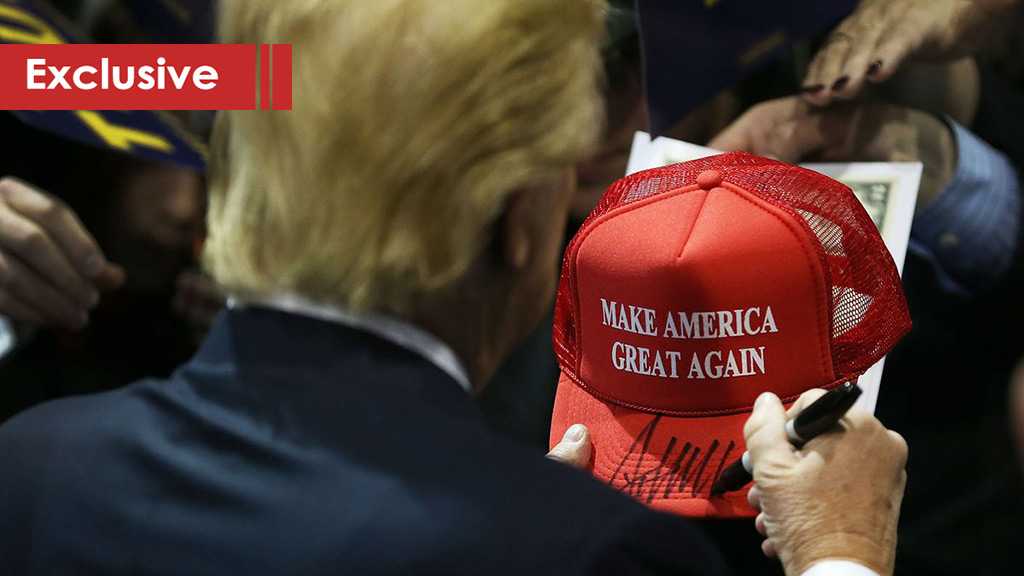 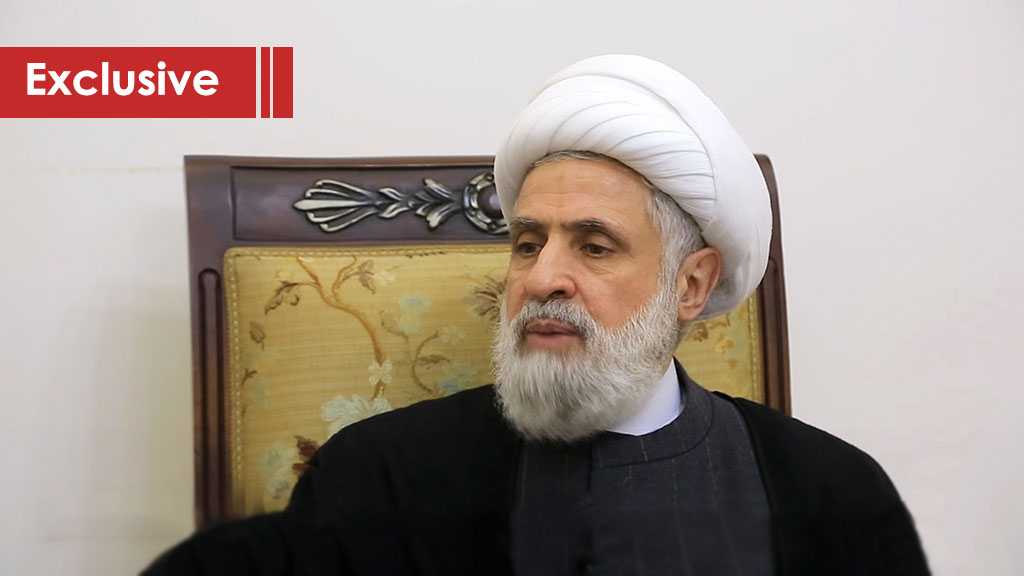 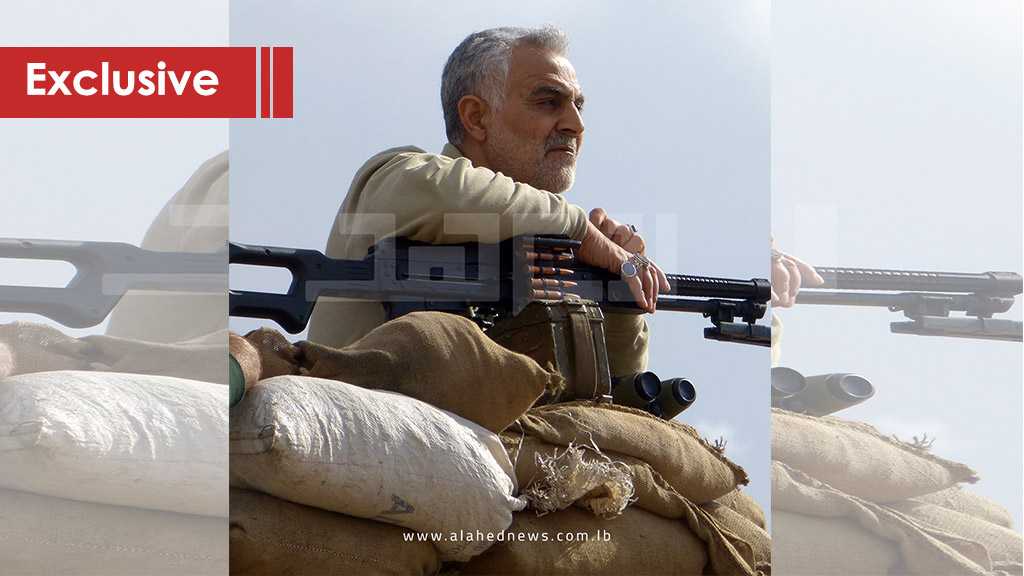