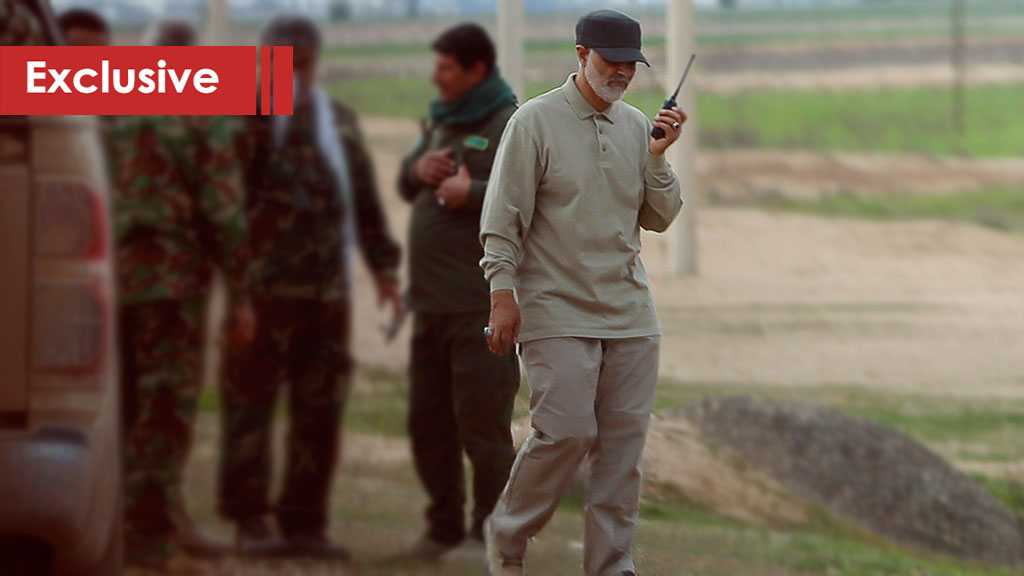 Syria – Many field reporters are proud to have met General Qassem Soleimani at one point or to have witnessed his ingenuity on the battlefield. Some of them take pride in a photo they have with him. General Soleimani’s shocking martyrdom was an opportunity to show the photographs.

Meanwhile, others regretted losing this opportunity, so they tell their comrades about the aura they saw on the general’s face as he greeted everyone before leaving with a smile.

Among them is field reporter Wissam al-Jurdi who is proud of the experience that many of his colleagues have not had. He was given the opportunity to accompany the martyred general for an entire week. Every minute of it was sufficient to consolidate the divinity of his aura, which was preceded by Soleimani’s legendary reputation that was reinforced by his practices on the ground. He was a field commander that uniquely combined unmistakable prestige and humility.

Al-Jurdi chose to tell al-Ahed about this exceptional experience in his professional life.

The general manager of the Iraqi channel where Wissam al-Jurdi works called and asked him to urgently meet with a person named Al-Khal, a prominent field commander for one of the fighting factions in the southern countryside of Aleppo. The management provided Wissam with details of his destination and a number for a person named Abu Haidar who would facilitate the mission.

On the morning of November 20, 2015, which was a Friday, Wissam went to the Maryamin area. He sat in a combat platoon's operations room for two and a half hours, listening to a full briefing on the fighting in the southern countryside of Aleppo.

To him it seemed like a psychological introduction towards the first line of engagement and towards reaching the platoon’s last headquarters in Banes, which formed the first line of contact with terrorist groups.

At the headquarters a large group of fighters were getting ready to eat. Wissam entered and greeted everyone. He was then asked to sit down to have lunch with them. They placed a meal in front of him, which consisted of rice cooked in the kitchen of the joint forces. And just before he started eating, he laid eyes on the head of the table where a white bearded man wearing a hat was sitting. He looked at Wissam with a smile. Speaking in Arabic with an Iranian accent, he called Wissam over referring to him simply as the correspondent of the “dear” satellite channel.

Wissam picked up his plate and headed over to the head of the table. He was amazed and curios as he wondered, "could that be Al-Khal?”

Before his curiosity could run wild, his tactful host told him, "Eat, eat, no talking while eating."

Everyone satiated their hunger with food, while Wissam appeared unable to satisfy his curiosity.

“Who is this venerable man who finished his meal and stood up to greet everyone in the headquarters?" he wondered.

With his curiosity getting the better of him, Wissam stood beside his host and innocently asked, “Are you Al-Khal?”

Everyone laughed, and one of the men seated next to Wissam at the table took his hand and introduced him to the smiling white-bearded man.

"It seems that the young man is in a hurry," he said.

Wissam soon learned that he was standing in the presence of General Qassem Soleimani. Soleimani patted Wissam’s shoulder as if to shake him out of his astonishment. He accompanied him to a room where the door and windows were wide open, facing the militants’ positions. Soleimani spoke to the leaders for a long time while they looked over a map. It looked like they were studying an attack plan.

Wissam al-Jurdi tells al-Ahed how a few minutes later Soleimani asked him to climb a ladder leading to the roof of the house. He was holding a pair of binoculars while explaining to him about the location of Kafriya and al-Foua.

“We will liberate them, God willing,” Soleimani told him as the sun rose over the two villages.

At this moment, dozens of projectiles landed on them. Wissam was frightened, but General Soleimani did not take a single step back. Wissam timidly whispered twice, "They are targeting us, Hajj."

Hajj Qassem replied with a smile, "Don't be afraid, we are steadfast. We will fight and win."

Wissam left, leaving General Soleimani with another person on the roof. A few minutes later, Hajj Soleimani followed and as his laughter echoed throughout the place. "They shot bullets and shells out of fear," he said.

Wissam raised his mobile phone while still being gripped by fear. He wanted to snap a photo of the living legend.

“It is foolish not to document such an exceptional event,” Wissam said to himself before the general became aware of his intentions.

“Would you take a photo with me?” the general asked Wissam politely and modestly so as not to embarrass him.

Wissam was stunned. He gave the mobile to the first person behind him. That person was none other than Al-Khal, the man he was asked to contact.

Wissam intended to document the battle, instead he was documenting the most important moment in his professional and perhaps personal life.

Wissam tells al-Ahed how General Soleimani bid everyone farewell before getting into his car and leaving. He returned an hour later and asked him about his work and if he needed any kind of help. The general apologized for not doing so earlier.

Wissam never forgot this gesture from a man of General Soleimani’s stature. After that, he spent a whole week meeting him on the same axis, leading the battles alone and moving between different military positions without an escort.

“He would see me preparing the report. He would approach me joking. He would greet me and move on. He did not memorize my name because I never told it to him. He would just call me, ‘the correspondent of the dear channel’. He would provide me with the latest field developments and repeat in every conversation, ‘God willing, we will achieve victory. Fear not, martyrdom is our fair share’,” al-Jurdi recalls.

Wissam reveals that he stayed for one night in the headquarters of General Soleimani. It was on November 24, 2015.

"He was on one floor and we were on another. His meetings with the leaders went on for hours. I noticed that he offered refreshments himself. He was compassionate and took the initiative in everything. On the frontline, he guided the fighters and helped the wounded. He was very humble,” says Wissam.

The last time Wissam met General Soleimani was on the front. It was the day when he coincidentally saw him in Aleppo.

“He hugged me and wished me more success and repeated the same phrase, ‘fear not, God willing, we will achieve victory.’”

Wissam eventually moved to another media outlet that tasked him with accompanying Mr. Ali Shamkhani from Damascus Airport to the office of Syrian President Bashar al-Assad.

Wissam remembers that water was then cut off in Damascus on January 11, 2017.

“I went down with the photographer to shoot footage of President Assad receiving Shamkhani. I was surprised by the presence of General Qassem Soleimani in the car. For a moment, I thought he would not know me, but he suddenly laughed as he looked at me. He greeted me and shook my hand, asking, ‘are you okay?’ Then he smiled and entered to greet the President."

This was Wissam’s last encounter with the general. 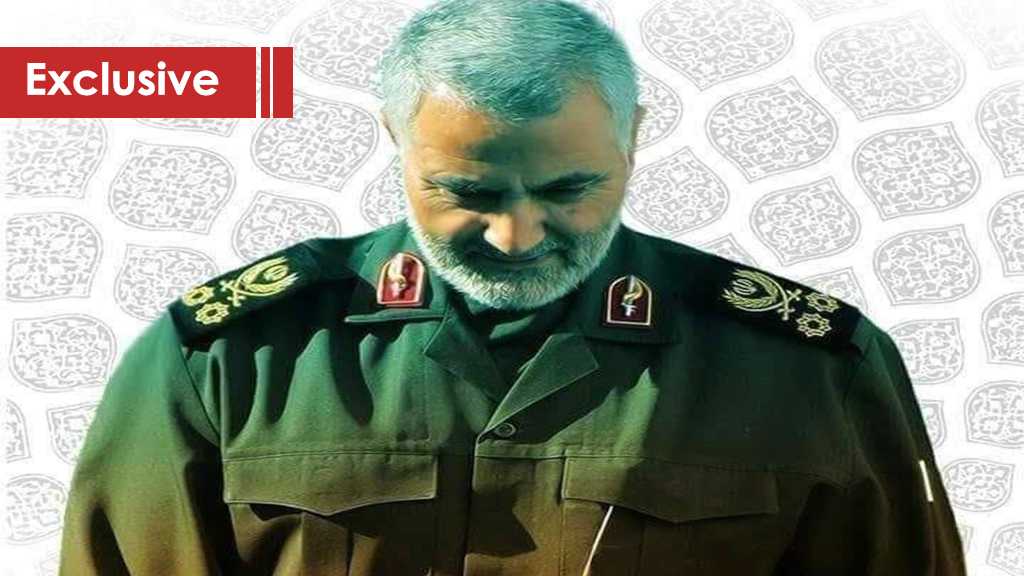 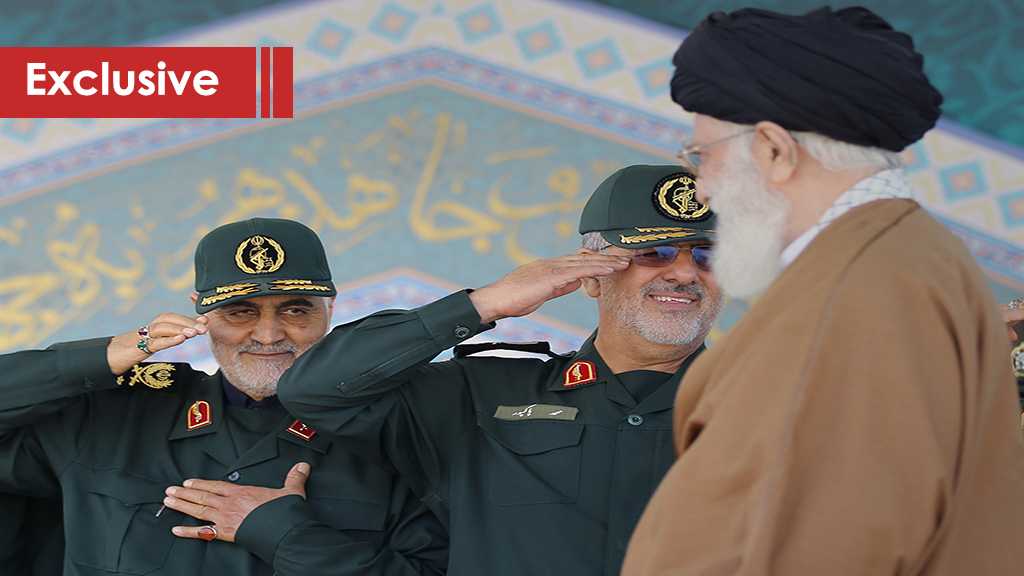 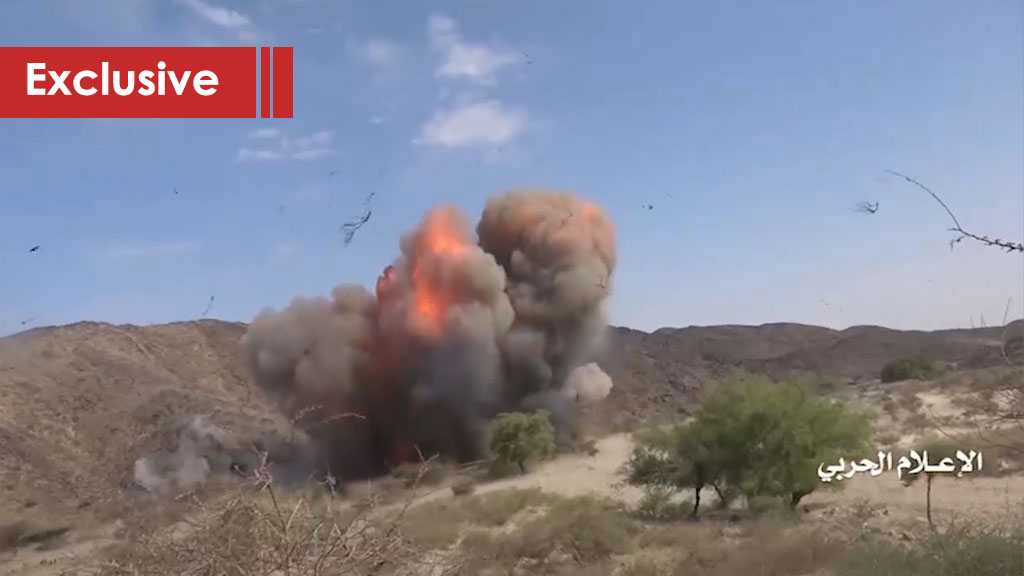