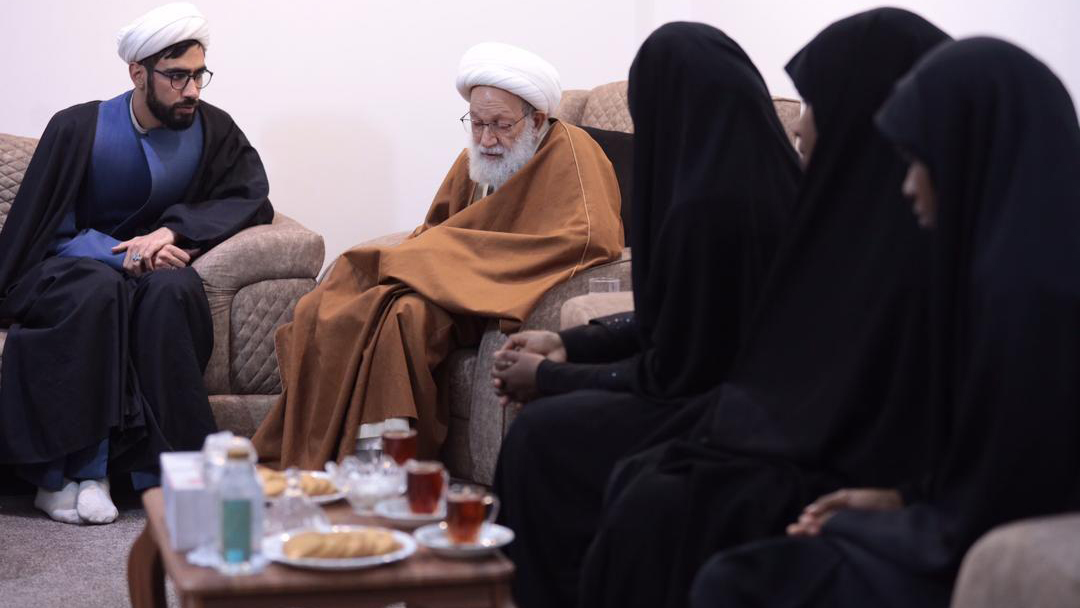 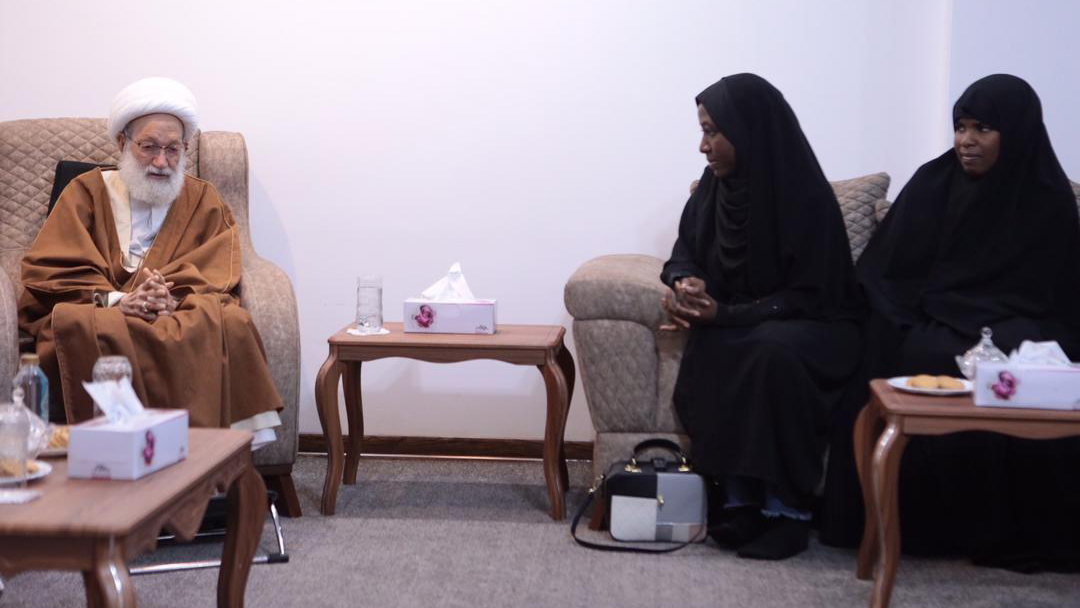 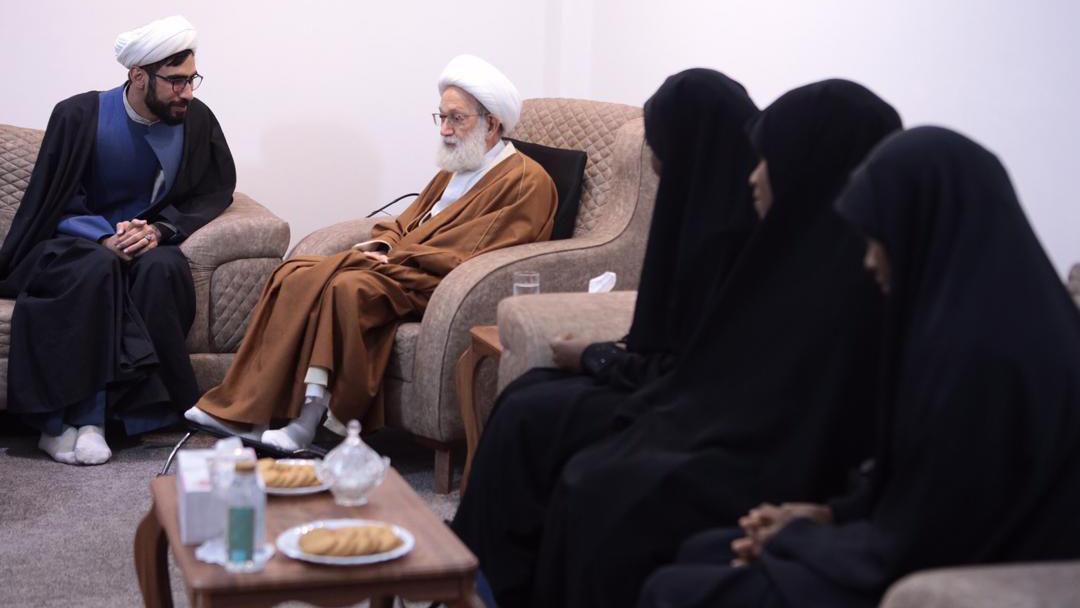 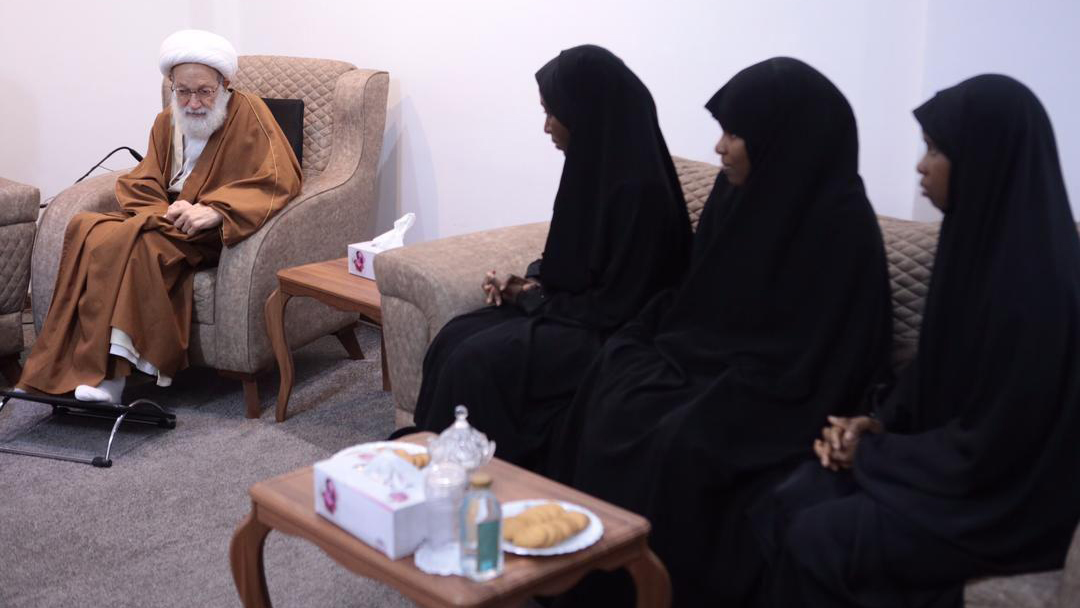 Spiritual leader of the Bahrain’s Shia population, Ayatollah Sheikh Isa Qassim received on Monday the family of Nigerian Leader Sheikh Ibraheem Zakzaky in his residence in the Iranian city of Qom.

Sheikh Qassim learned news on Sheikh Zakzaky since the attack against his home and detaining and killing his sons and supporters, in addition to returning him and his wife lately to the prison and denying them medical treatment.

Ayatollah Qassim told the Zakzaky family: “Our feelings are with him, however we have to congratulate him and pray that we, he and all the believers stay on the right path.”

“It is very honorable that he follows the path of Imam Hussein [AS], and that your mother joins him in this. It rarely happens that a woman stands up for such a resistant stance in support of her husband. This grants you an honor from the paternal and maternal sides,” Sheikh Qassim told Sheikh Zakzaky’s daughters.

“You are, by God’s willing, on the path of resistance, may Allah protect you,” he added.

Sheikh Qassim stressed that “Sheikh Zakzaky occupies a significant room in the hearts of believers. Allah has raised his remembrance in this life and will raise it also in the afterlife.”

“With his resistant stance and sacrifices, Sheikh Zakzaky became a school in Nigeria and abroad. This school teaches us how to fight in the path of Allah, be courageous, sacrifice and work for Allah’s consent,” Ayatollah Qassim added.

He also sent warm greetings and prayers, wishing that he get well soon and be relieved from the hands of the oppressors. Sheikh Qassim also expressed to Sheikh Zakzaky’s family how honored he felt by meeting them. 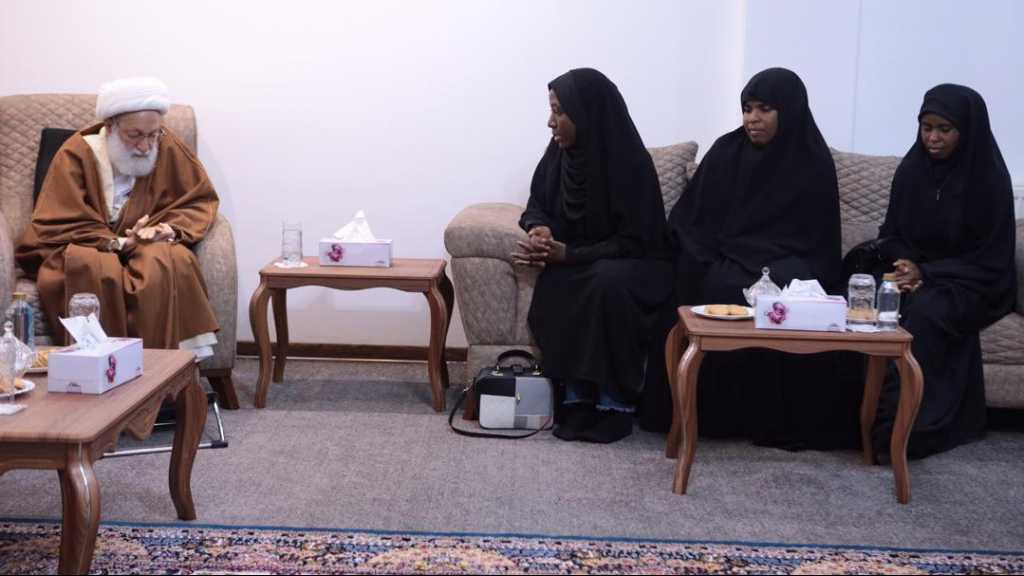 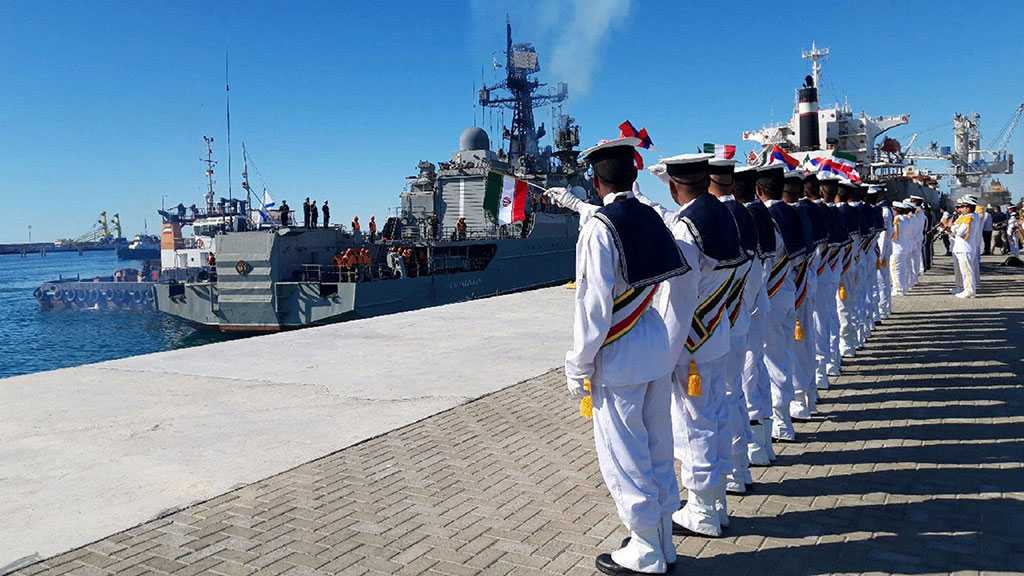 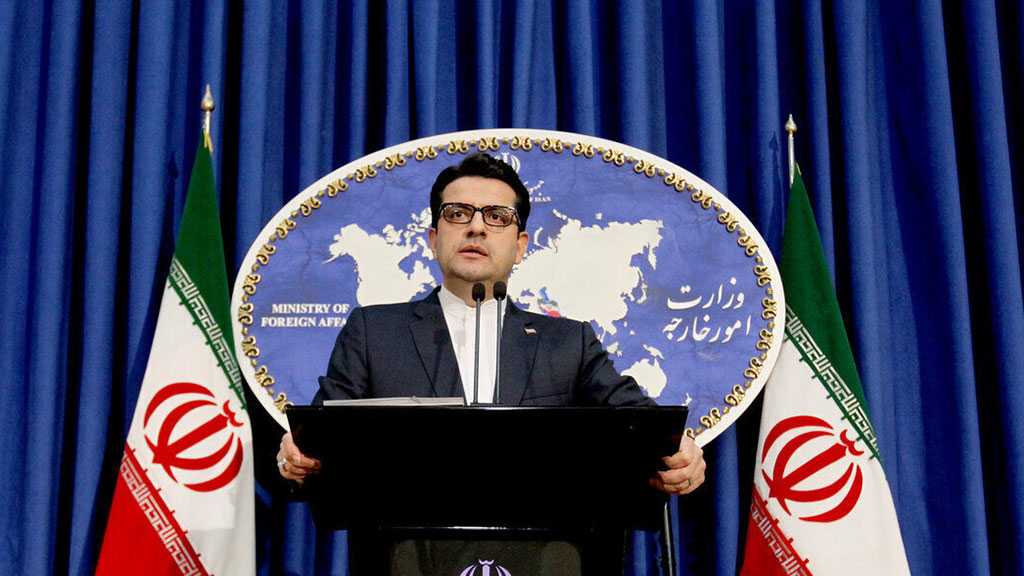 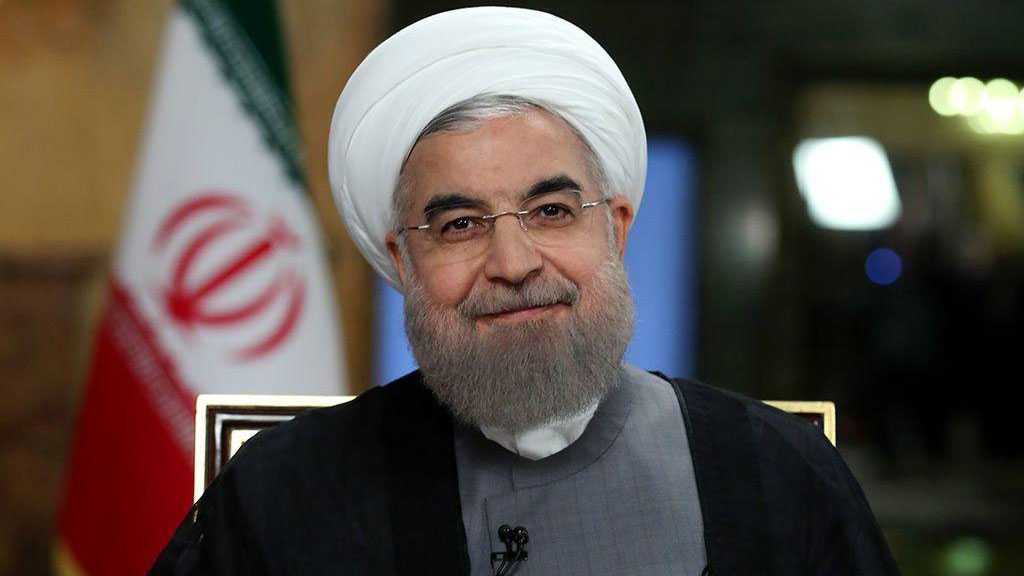