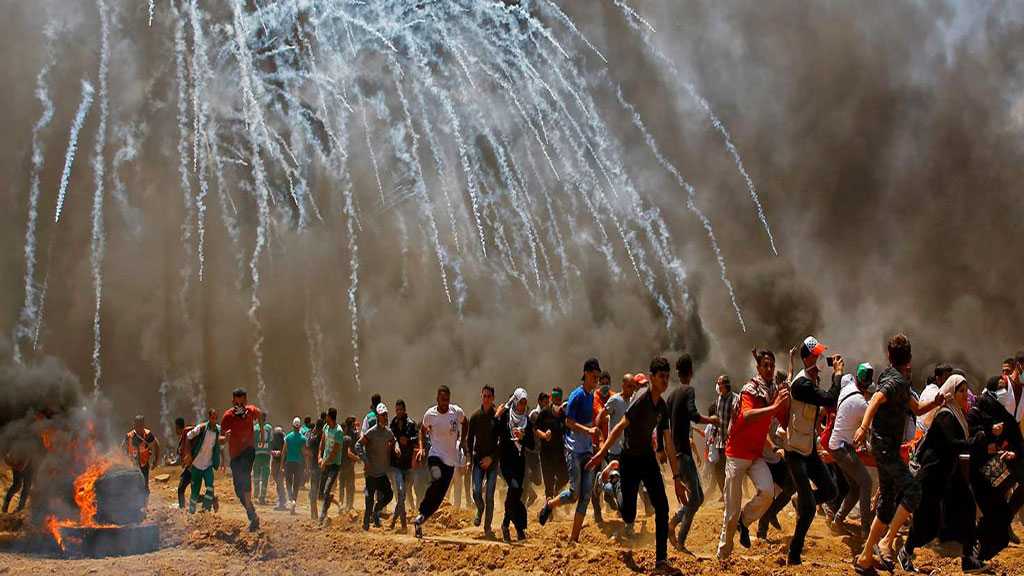 Dozens of Palestinians have been wounded by ‘Israeli’ forces during protests against the Tel Aviv regime near the fence separating the besieged Gaza Strip from the ‘Israeli’ occupied territories.

The Gazan Health Ministry said 30 people were injured during the 85th Friday of protests in the eastern part of Gaza.

Ashraf al-Qedra, the spokesman for the ministry, said in a tweet that eight of the wounded had been shot with live ammunition fired by Zionist troops.

The “Great March of Return” rallies have been held every week since March 30 last year. The Palestinians want the return of those driven out of their homeland by the ‘Israeli’ occupation.

At least 307 Palestinians were martyred by ‘Israeli’ occupation soldiers since the beginning of the rallies while more than 18,000 others were wounded, according to the Gazan Health Ministry.

In March, a United Nations fact-finding mission found that ‘Israeli’ forces committed rights violations during their crackdown against the Palestinian protesters in Gaza that may amount to war crimes.

Gaza has been under Zionist siege since June 2007, which has caused a decline in living standards.