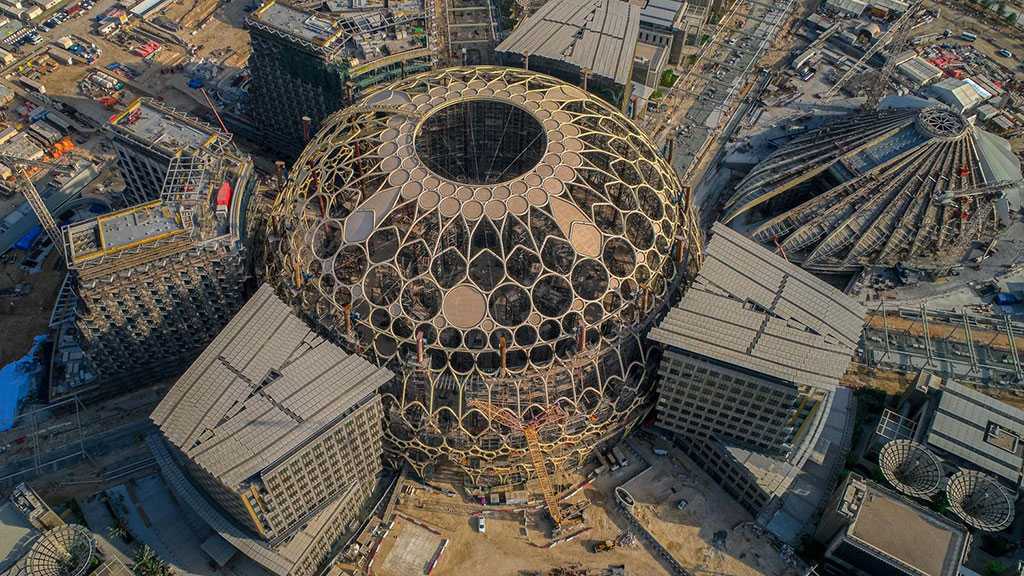 “Israeli” authorities are apparently injecting more momentum into their efforts to bring out in the open their clandestine relations with a number of Arab countries, particularly Persian Gulf littoral states, the regime's officials say.

According to the officials, who have been quoted by AFP as saying, they are also hoping to reach out to Arab peoples through participation in the Expo 2020 Dubai, which the biggest and most luxurious city of the United Arab Emirates [UAE] is going to host for 173 days.

An “Israeli” pavilion at the world's largest trade fair in the Arab country will present the Tel Aviv regime a unique opportunity to open channels of communication with the Arab world and boost nascent ties with them, the officials added.

“To us, the added value is in the Arab and Muslim visitor,” said Elazar Cohen, the “Israeli” entity’s so-called foreign ministry's point man for the expo, which is organized by the Paris-based Bureau International des Expositions [BIE].

The “Israeli” Prime Minister Benjamin Netanyahu has described the “Israeli” expo pavilion as part of “the continued progress of normalization with the Arab states.”

The 70-year-old chairman of the Likud – National Liberal Movement alleges that building relations with Arab countries will push the Palestinians toward a ‘peace deal’ with the “Israeli” regime.

The “Israeli” presence in Dubai “will create a buzz,” said Cohen, claiming that the pavilion's display will not touch on politics.

Cohen and David Knafo, the Tel Aviv-based architect behind the design of the entity’s pavilion, both noted the warm welcome they have received in the Gulf state, as work on the pavilion entered advanced stages and their visits to Dubai became more frequent.

“The attitude of the hosts is excellent. I didn't expect anything else but when you encounter it, it's heartwarming,” Cohen said.

“Israeli” daily newspaper Yedioth Ahronoth reported on November 6 that the UAE is expected to allow tourists holding “Israeli” passports to take part in the expo.

“‘Israeli’ and the UAE's authorities have been in talks for a while in order to allow those with ‘Israeli’ passports to attend the expo in Dubai,” an unnamed source within the expo's management team told the daily at the time.

The source added, “These talks are happening because both sides want to see the expo turn into the biggest exhibition in the world. The UAE invested tremendous amounts of money and thought into the event and they want ‘Israelis’ to be welcomed as well.”

Another source said the event in Dubai could be a great pilot run during which “Israeli” tourists would be allowed into the country, and it can be a signal that the UAE “might leave its doors open to ‘Israeli’ tourists permanently.”

The “Israeli” entity’s foreign minister, Israel Katz, told a ministerial meeting in al-Quds [Jerusalem] on August 6 that he was working toward “transparent normalization and signed agreements” with a number of Arab Gulf littoral states.

Katz visited the Emirati capital city of Abu Dhabi on June 30 for a UN environmental conference, where he discussed cooperation against Iran, as well as economic and transport collaboration, “Israeli” i24NEWS television news network reported.

Her visit marked the first of its kind by an “Israeli” minister to a Gulf littoral state.

The president of the American “Israel” Public Affairs Committee [AIPAC] said last December that the then chief of staff of the “Israeli” military, Gadi Eisenkot, had secretly traveled twice to the UAE a month earlier, and had met with senior officials there.

Mort Fridman said an agreement on the sale of “Israeli” military hardware to the UAE was struck during the meeting.

Earlier this year, the “Israeli” entity re-launched a “virtual embassy” in a bid to “promote dialogue” with the Gulf Arab states.

Arab countries – except for Jordan and Egypt – have no formal relations with the “Israeli” regime.

The “Israeli” entity’s trade with Gulf states is estimated to stand at about $1 billion annually, according to a study published by the Tony Blair Institute for Global Change in August 2018.

Jamal al-Suwaidi, founder of the Emirates Center for Strategic Studies and Research, told the British newspaper The Guardian in an interview in March that the Palestinian issue is no longer at the top of the agenda among the Arab Gulf states.

“The Palestinian cause is no longer at the forefront of Arabs’ interests, as it used to be for long decades,” he said. “It has sharply lost priority in light of the challenges, threats and problems that face countries of the region.”