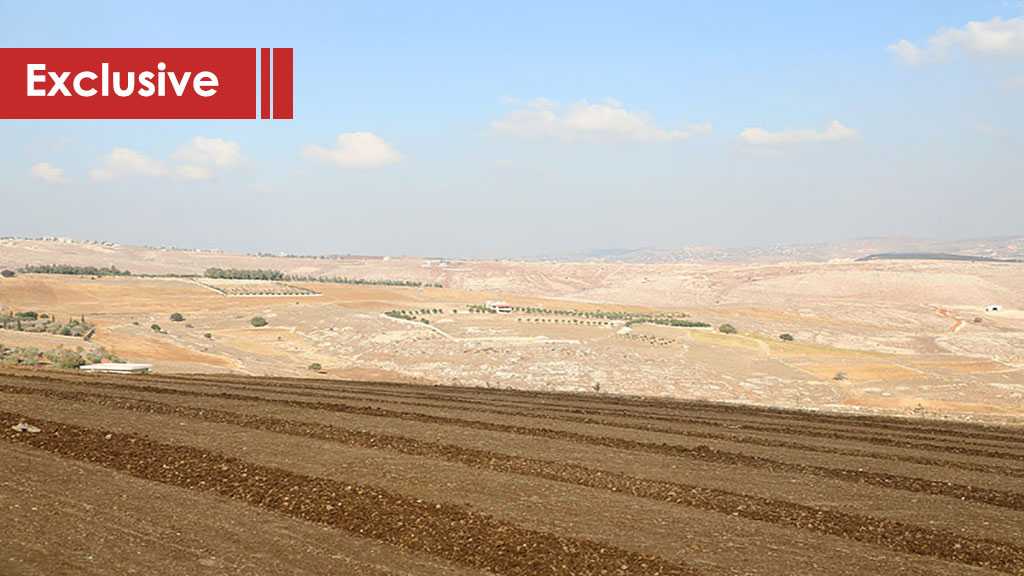 Beirut – The martyrdom of Hussein Shalhoub and Sanaa al-Jundi might be just another terminal on the road to bringing down an entire society to its knees. It could be a "mercy shot" against a shrewd project aimed at destroying Lebanon and eliminating its pluralism and civil peace. But the project, which is designed to subjugate Lebanon and force it into taking deals, will not succeed. It will follow in the footsteps of the starvation projects undertaken by the US against the resistance community and implemented by Washington’s proxies in Lebanon and abroad.

From the chaos of stupidity and the mobs, the resistance community emerges. It is as if it has learned lessons after a weeks-long silence during which it watched and analyzed developments in Lebanon and the region. These regional developments and those unfolding in the streets of Beirut and across Lebanon cannot be separated. This is especially true when it comes to the lines of isolation, which are referred to as points of banditry by those taking advantage of the revolution. For those who lived under the “Israeli” occupation, these roadblocks brought back memories of the former security belt crossings, in particular the Beit Yahoun and Hamra ones. They also provoked those who are racing to find solutions to developments in this open battle, which has taken the economic sanctions as its banner.

"The American conspiracy has been exposed," social activist Hussein Abbas tells al-Ahed news website. "They want to hit the environment of the resistance in Lebanon by relying on the policies of oppression and starvation after they failed to eliminate it during the decades-long wars and military operations. Today, they are rushing to impose an economic blockade on us, to starve us without paying attention to the fact that we are the followers of an Imam who died hungry and thirsty and did not surrender. His banner still flies.

‘I am the resistance, I am the farmer’

Hussein's position was articulated through his collaboration with a group of young people in Tyre, which led to the launch of an initiative called ‘I am the Resistance, I am the Farmer’. It urges people to return to cultivating their land that they left behind due to the economic policies prevailing in Lebanon starting in the 1990s. The campaign does more than advocate. It also organizes awareness seminars and educational meetings to re-train people on the correct methods of agriculture and varieties of agriculture that can be used during these circumstances.

Abbas points out that the campaign’s follow-up committee produced many brochures, raising awareness about winter cultivars and their suitability with different soil types in the region.

While the campaign focuses on advocating the cultivation of leaf vegetables and vegetables people consume on a daily basis, Abbas puts the campaign’s capabilities at the disposal of anyone wishing to plow lands and orchards and equip them for agriculture. Volunteer agricultural engineers can provide guidance and follow-up.

While the campaign ‘I am the resistance, I am the farmer’ was launched along the coastal area of southern Lebanon, other campaigns launched by southern municipalities were paving their way to the fields, especially the threshing floors of the town of Ainata in the district of Bint Jbeil. The town’s municipality became the headquarters of a group of farmers and specialists in agriculture and the economy who prepared for a long battle against all forms of siege.

Our Threshing Floors Are A Resistance

‘Our Threshing Floors Are A Resistance’ [Bayaderona Moqawema], is a project born out of an idea the municipality of Ainata got from the local community. It is meant to facilitate a return to the roots and the cultivation of lands that were occupied by the “Israeli” enemy and are still under a masked occupation in the form of cluster bombs, desertification and neglect. The head of the Ainata Municipality, Dr. Riad Fadlallah, points out to al-Ahed that the initiative comes at a time of stressful economic conditions marred by fears of staple food shortages.

“This has forced us to seek other sources to secure these staples and to assure our people that we stand by them," Fadlallah explains.

“The residents suggested planting a variety of grains, mainly wheat, as the main staple of flour. But the municipal council failed to convene, so a decision was made to adopt the idea but with no financial profit,” Fadlallah tells al-Ahed. “Thus, we launched an appeal asking residents to lend their land free of charge for the project. There was a high turnout. This provided us with an incentive to complete the remainder of the main steps, including designating the land that can be used for planting and divided according to the types of agriculture required pending the start of planting season with the first rains.”

“We want to fight desertification, the high cost of living and the possibility of grain shortages,” Fadlallah adds. “We will turn the threat into opportunity. And we will go back to our roots represented by agriculture with the help of our people, for those who have been accustomed to giving blood will surely give you land to cultivate, let alone material support. This is an incentive to move forward with this project.”

Sponsored by the Ministry of Agriculture

Amid the threats and opportunities, Ainata has the support of the Ministry of Agriculture, which is supposed to be the "mother of the boy" in every sense when it comes to agriculture in Lebanon. Hussein al-Saqqa, director of the Agriculture Department in the Nabatieh governorate, believes the town to be a pioneer, since people used to grow on its plantations and eat from its animal products, such as chickens. Today our villages are full of land that is not being utilized. It sits empty all the time. If each person took care of his land and cultivated it, he will be able to secure his annual provisions and save from the household income.

Al-Saqqa calls on people to return to the land for food security. But he also points out that the ministry stands by the experience and the farmers in Lebanon as it has always done through the projects it launched, the projects it took part in with donors or the projects submitted to it by the municipalities.

Ainata’s initiative was soon adopted by surrounding villages and towns, which are fully aware of how to resist and overcome difficult circumstances. Some municipalities have been working for years on a comprehensive development plan with agriculture as a central tool.

The Federation of Jabal Aamel Municipalities is one of those. It did not hesitate in the past to support this sector. It did so through summer agricultural projects, which distribute seedlings free of charge to farmers and other people. It also did it through the launch of projects of thyme and aromatic plants, laying hens and bees, reviving the cultivation of figs and cactus and taking care of olive groves, tobacco and others in various towns and villages.

Ali Taher Yassin, the president of the federation reveals that the union today is introducing to its annual program the cultivation of different types of grains, including wheat. Both types of wheat are being introduced – the kind used for provisions like Burghul and Freek, and the kind used for flour.

“The agricultural department in the federation is preparing a detailed study that will be completed in the coming days to launch the process of planting grain and wheat in coordination with the Ministry of Agriculture and securing seeds that will contribute to increasing production and achieving economic feasibility,” Yassin said hoping for help from the people and farmers by raising interest in this topic.

Yassin points out that the federation and its municipalities have been able to increase local agricultural production by over 40% in the last ten years. It does not only provide provisions that the people need, but it also maintains health and food security through the consumption of controlled and disease-free organic product.

Yassin concludes by pointing out that while some supporting bodies and organizations stopped their aid to the municipalities, we declare our readiness to provide everything necessary in this regard. Let the whole world see that this nation which triumphed through its resistance with the least available means, will reaffirm its capability to achieve self-sufficiency, again with the least available means.

While the state of readiness is raised before we enter the rainy season, and before the phase of sowing the land with grain begins, the agricultural services center in the town of At Tiri – affiliated to the Federation of Bint Jbeil – continued to distribute wheat seeds for making flour to farmers in various municipalities. By next summer, they will be flour-producing municipalities and seeking self-sufficiency. This will save resistance communities from waiting in queues at bakeries in search for breadcrumbs that the US and its puppets in and outside of Lebanon are trying to take away from those who gave glory to the Cedar country with their blood and did not kneel. 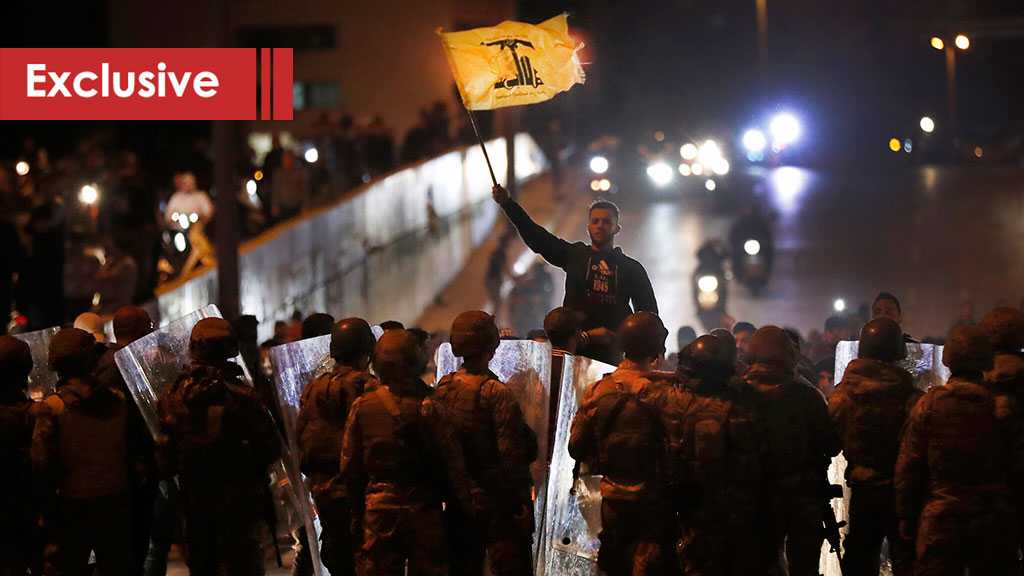 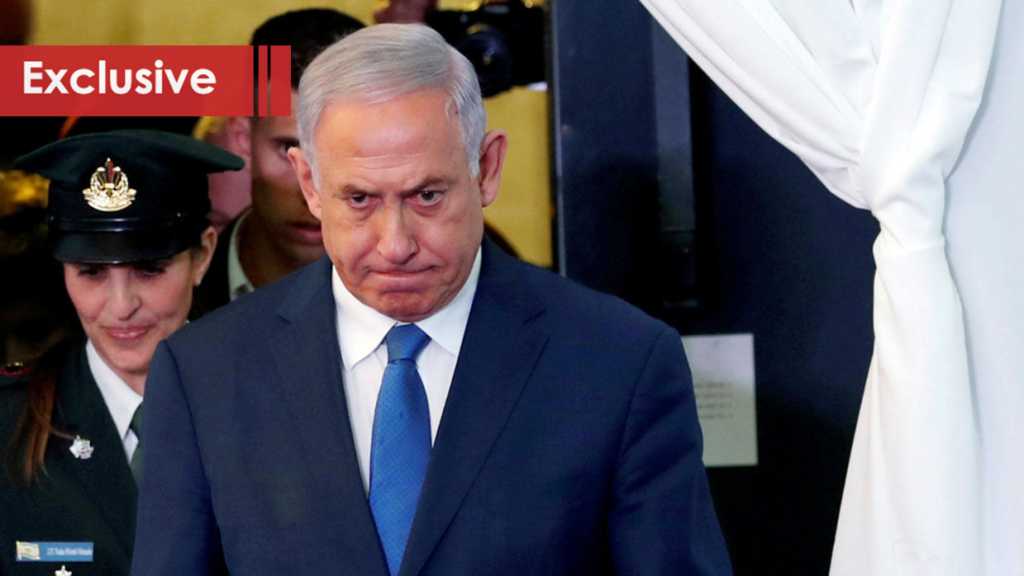 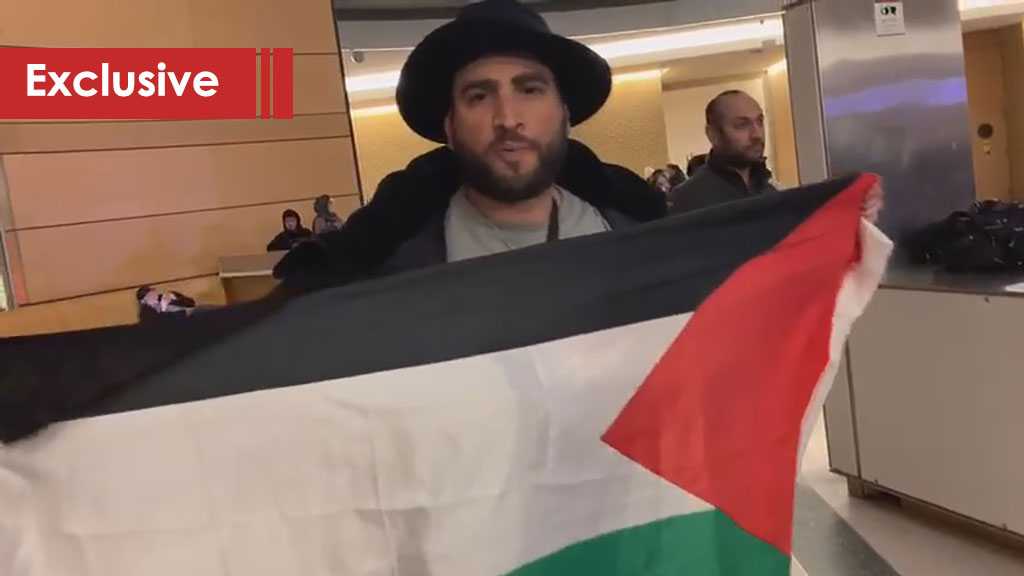