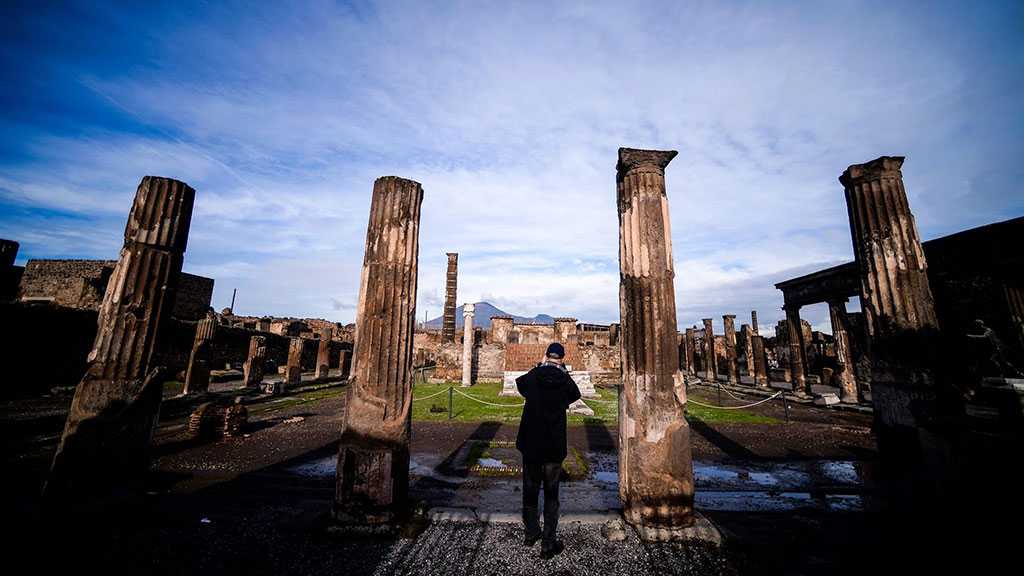 Magnificent thermal baths designed to be the jewel of Pompeii but destroyed by a volcanic eruption before they could be completed opened to visitors for the first time Monday after a painstaking excavation. Marble pillars and blocks lie where they were abandoned when the city was submerged by a pyroclastic flow from Mount Vesuvius in the A.D. 79 disaster. But excavators also found a victim of the disaster, the skeleton of a child who had sought shelter there in vain.

The architects “were inspired by Emperor Nero’s thermal baths in Rome. The rooms here were to be bigger and lighter, with marble pools,” the archaeological site’s director Massimo Osanna told AFP.

The Central Baths lie in an area restored under the Great Pompeii Project, launched in 2012 to save the historical site after the collapse of the 2,000-year-old “House of the Gladiators,” which sparked outrage worldwide.

“It was an emotionally charged dig,” said Alberta Martellone, 43, the archaeologist who led a team of an anthropologist, geologist and vulcanologist in studying the skeleton of the child, who died aged between 8 and 10. “He or she was looking for shelter, and found death instead,” she said. 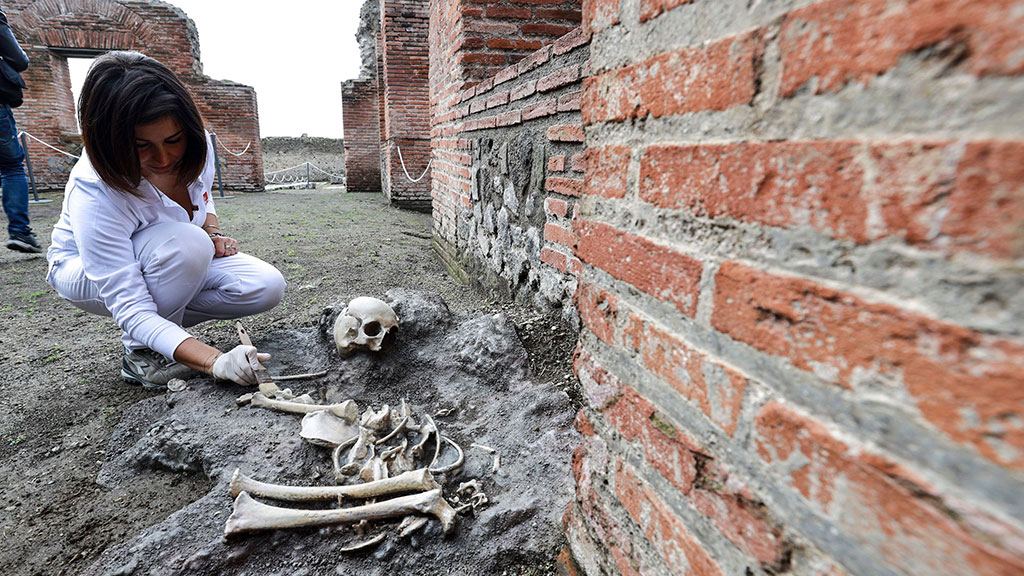 The excavation “was also moving from an architectural point of view, because it is unusual to find a building so large, with such ample rooms, in this densely built-up city. It transmits a sense of grandiosity,” she said. The construction site with its small skeleton “is a sign of life interrupted, on more than one level,” she added.

The city’s original public bathhouses were smaller, darker and often overcrowded; the new complex would have provided a more luxurious setting for all those who could afford it - most citizens, but not slaves.

Recent digs at Pompeii have offered up several impressive finds, including an inscription uncovered last year that proves the city near Naples was destroyed after Oct. 17, A.D. 79, not on Aug. 24 as thought.

Archeologists in October discovered a vivid fresco depicting an armor-clad gladiator standing victorious as his wounded opponent gushing blood, painted in a tavern believed to have housed the fighters as well as prostitutes.

Along with the baths, visitors could from Monday visit a small domus sporting a racy fresco depicting the Roman god Jupiter, disguised as a swan, impregnating the Greek mythological figure of Queen Leda.

Across the cobbled Via del Vesuvio, the striking House of the Golden Cupids reopened after work on its mosaic floors.

While treasure hunters regularly pillaged Pompeii down the centuries looking for precious jewels or artifacts, whole areas have yet to be explored by modern-day archaeologists. Each discovery helps historians understand not only what life was like in the ancient city, but also what happened in the dramatic final hours, as the skies turned to fire and ash, Osanna said.

The Grand Pompeii Project, which was part funded by the EU, winds up at the end of this year, but the Italian government has earmarked 32 million euros [$35 million] for the digs to continue.

“We have 50 people - restorers, archaeologists, architects, engineers – on site permanently, who carry out inspections and intervene where necessary, and that number will rise to 70 next year,” he added.

The ruined city in southern Italy is the second-most visited tourist site in the country, after the Colosseum in Rome, with just under 4 million visitors in 2019. 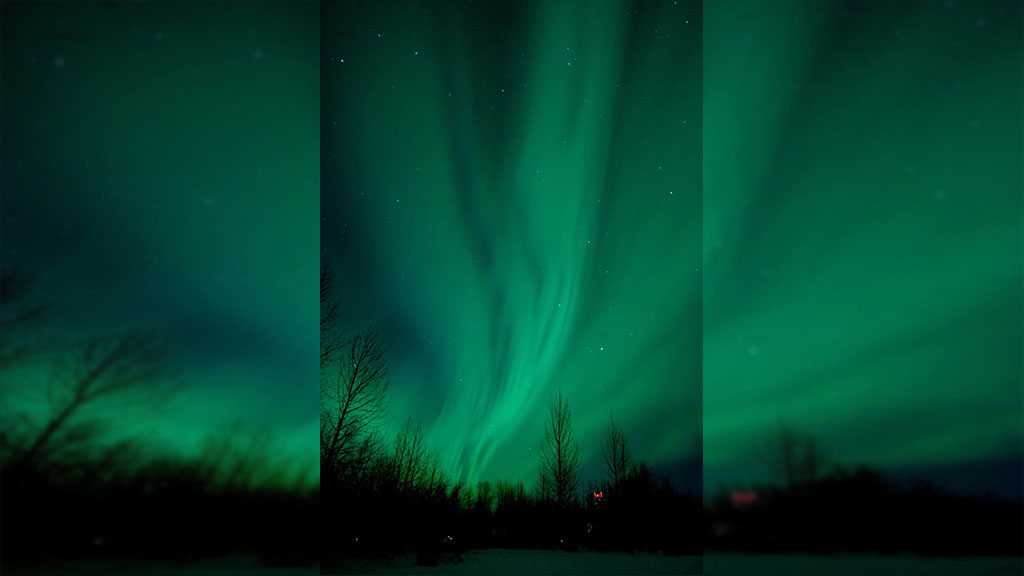 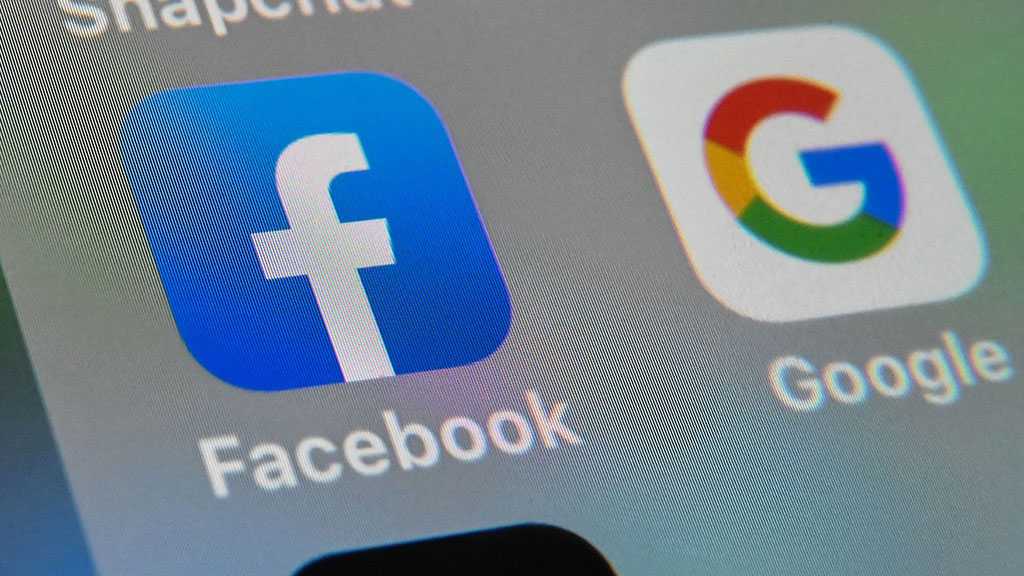 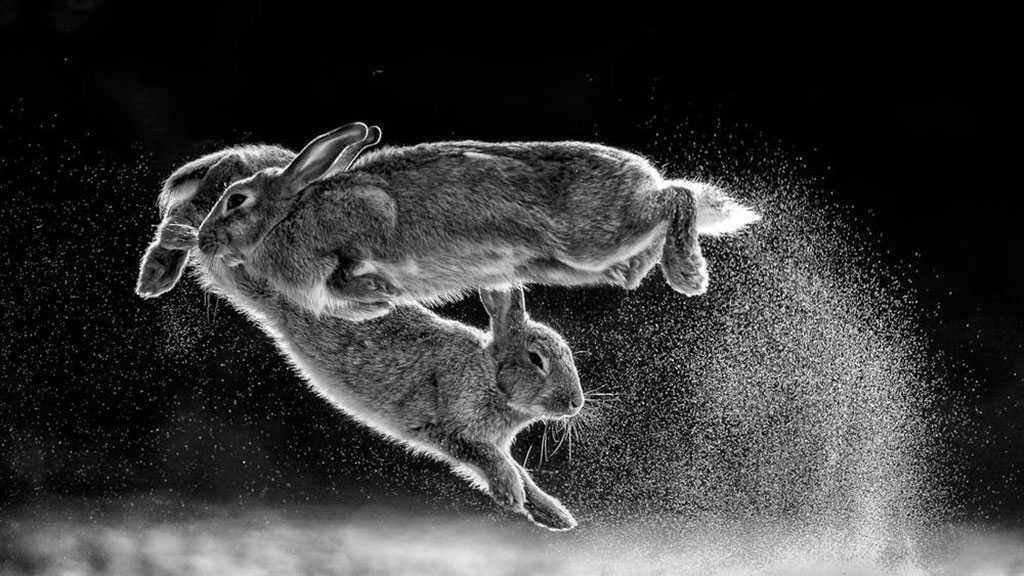