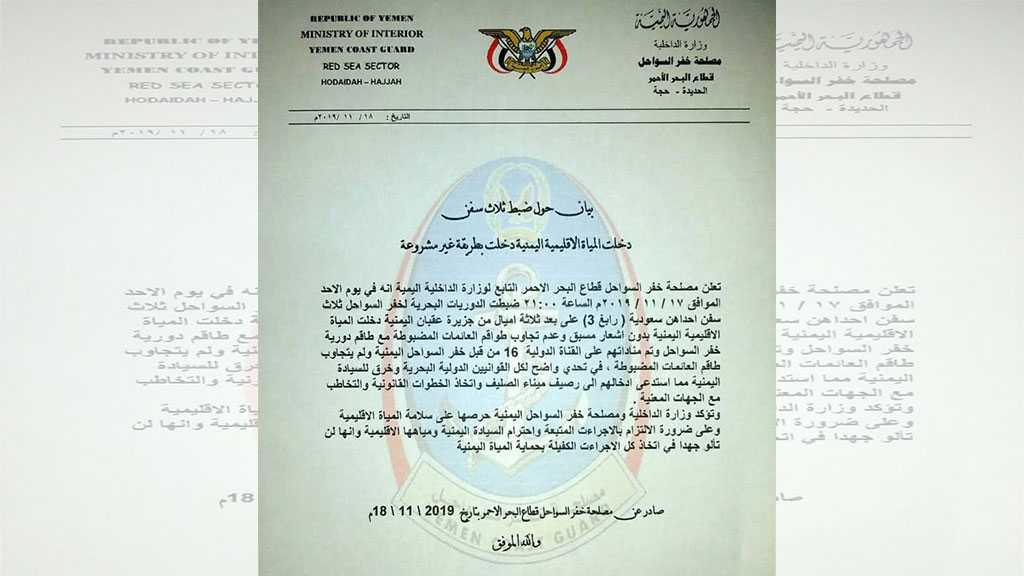 Yemen’s Coastguard issued a statement that explained the incident of detaining three ships off the Red Sea inside the country’s regional waters.

- Three ships were seized, one is Saudi ‘Rabegh 3” 3 miles away of the Yemeni ‘Uqban Island as they entered Yemen’s regional waters without an earlier notice

- The seized ships were harbored at the Salif port, and legal measures were taken along with contacting the concerned parties

- The coastguards stress keenness on the safety of regional waters, as well as the necessity to abide by all followed regulations and respect Yemen’s sovereignty

Earlier, before publishing the statement, a top official of the Yemeni Ansarullah revolutionary movement said that a ‘suspected vessel’ was seized off the western coast of the impoverished country in the Red Sea.

Mohammed Ali al-Houthi, the President of Yemen’s Supreme Revolutionary Committee said: “Yemeni coast guards… are checking to see whether (the vessel) belongs to the countries of aggression or to South Korea, in which case it will be released after completing legal procedures. The crews are being well treated.”