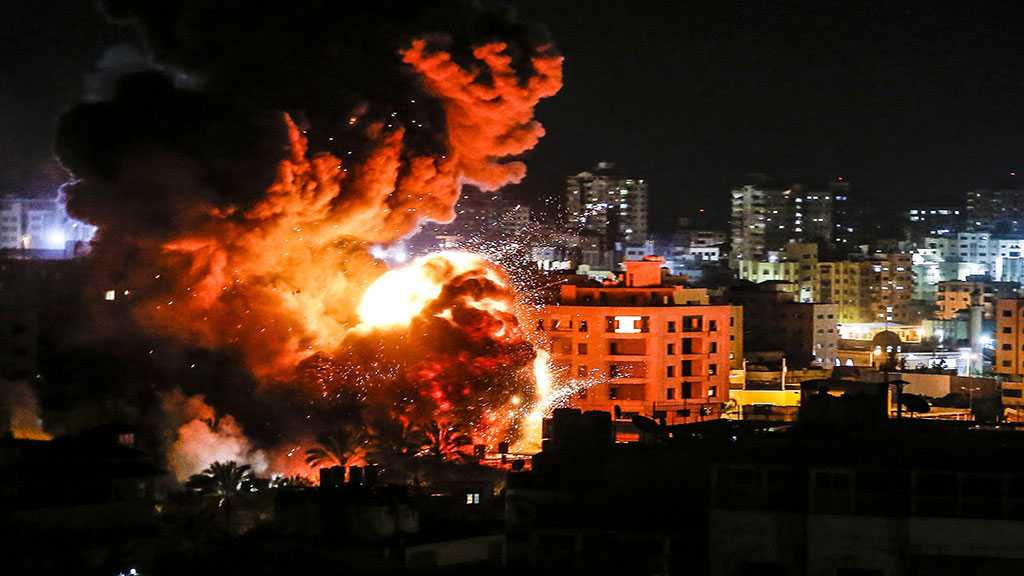 The ‘Israeli’ occupation regime continued bombing the Gaza Strip in violation of a ceasefire that ended a flare-up marked by dozens of Palestinians martyred in bombings and hundreds of retaliatory rockets launched at ‘Israeli’-occupied territories.

The Al Aqsa TV channel reported that ‘Israeli’ warplanes hit an outpost belonging to the Hamas resistance movement in Beit Lahia in northern Gaza Strip, and a naval police compound in Gaza City early on Saturday, leaving no casualties.

Meanwhile, sirens sounded in the middle of the night in Beersheba, the largest city in south of the occupation entity some 35 km from the Gaza fence, warning of incoming fire.

The Zionist entity’s emergency service said it was treating five people for anxiety and four others who were injured while running to shelters.

The worst fighting in months was triggered on Tuesday when the enemy assassinated a top commander from Islamic Jihad.

Gaza medical officials said 34 Palestinians were martyred in the two days of bombings by ‘Israeli’ warplanes, almost half of them were civilians.