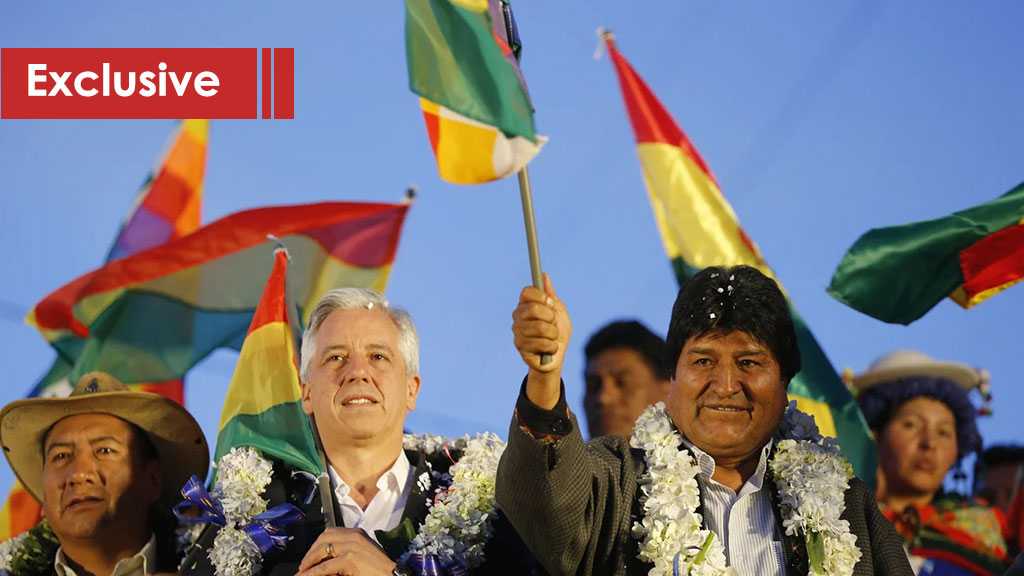 The wave of Color Revolutions sweeping the globe in recent years claimed its latest victim on Sunday. Bolivia’s Evo Morales, who was unwilling to subordinate his nation’s sovereign rights to US interests, was removed from office.

The charge is not at all surprising. Morales, Bolivia’ s first indigenous president, was reelected three times since taking office in January 2006.

During his time in office, Bolivia enjoyed an unprecedented level of political and social stability, recording an economic growth rate of between 4% and 6%.

But following the latest elections in October, the opposition and regional US vassals began screaming bloody murder.

Amid allegations of fraud, the Washington-based Organization of American States [OAS] was mandated to carry out an audit of the election results.

Faced with a violent onslaught against his supporters in a country with an unstable ethno-political makeup, Morales put the wellbeing of the Bolivian people before his desire to remain in power and stepped down.

However, his resignation has not extinguished the possibility of further unrest. Bolivia remains vulnerable to a high risk of violence, as gangs roam capital La Paz to attack businesses and set property ablaze.

To what extent the situation escalates will depend largely on how far the victors of the revolution are willing to go in persecuting Morales supporters. And despite the mainstream narrative, there is no shortage of Bolivians who still see the former president as a champion of the poor, who ushered in a period of steady economic growth.

Meanwhile, in Washington, smothering that kind of sentiment is exactly what is required.

For those roaming the US halls of power, the departure of Morales brings them “one step closer to a completely democratic, prosperous, and free Western Hemisphere.”

With those words, President Donald Trump once again invoked the so-called Monroe Doctrine.

Swimming against the tide

Evo Morales was the last survivor of the ‘Pink Tide’, which ushered in left-wing governments across Latin America two decades ago, starting with the consecutive elections of Hugo Chavez in Venezuela and Lula da Silva in Brazil.

Among one of the main driving forces behind the rise of these progressive leaders is the very powerful anti-American sentiment in the region, which was instigated by bloody escapades like the infamous Operation Condor.

This US-backed action throughout the 1960s and ‘70s centered on economic warfare, political murders, coups and the sponsorship of brutal, far-right regimes in an effort to clear the American continent of all undesirables – or as Trump so eloquently put it, ‘free’ the Western Hemisphere.

In 2017, a tribunal in Rome convicted former heads of state and top security chiefs from Latin America over their involvement in atrocities committed during Operation Condor.

Interestingly, the court also exposed the involvement of current Trump administration whisperer and former US Secretary of State, Henry Kissinger.

One of the declassified documents admitted as evidence during the trial reveals that Kissinger not only encouraged the brutal repression in individual Latin American states, but also advised regimes to join their efforts.

“If there are things that have to be done, you should do them quickly,” Kissinger is quoted as saying during a June 1976 exchange with Argentina’s then-foreign minister, Admiral Cesar Guzzetti.

“We want you to succeed,” Kissinger said. “We do not want to harass you.”

Those struggling to understand the Trump administration’s foreign policy need to look no further than Henry Kissinger.

The former American diplomat devoted much of his career to advancing the Monroe Doctrine – Washington’s longstanding claim to the Western Hemisphere as an exclusive zone of US interests.

In his 2014 book, ‘World Order’, Kissinger defines the Monroe Doctrine as the US having “the right to intervene preemptively in the domestic affairs of other Western Hemisphere nations to remedy flagrant cases of wrongdoing or impotence.”

Bolivia’s Evo Morales – who criticized US intervention in Venezuela, spoke out against the blockade of Cuba, denounced the military coup in Honduras and applauded Edward Snowden’s revelations – was no doubt guilty of “wrongdoing” on the Kissinger scale.

In February of this year, Bolivia chose a Chinese consortium to be its strategic partner on a new USD 2.3 billion lithium project.

Morales is guilty of other sins against US hegemony, too. He brought in Russian energy giant Gazprom for the development of a number of lucrative natural gas fields. The Russians have other massive investments in Bolivia, including the construction of a nuclear research facility. Moreover, Moscow had plans to build hydroelectric power stations and transportation networks.

The time had come to remind Morales and other Latin American states that the Monroe Doctrine was “alive and well” – as John Bolton had famously declared in April.

According to unconfirmed reports, the Bolivian opposition was flushed with millions of dollars from Washington ahead of the October polls.

The Caracas-based Telesur television network reported last month that leaked audio recordings involving Bolivian opposition leaders revealed a plot orchestrated and coordinated from the US embassy in La Paz to unseat the government there.

A message to Maduro

That means that Russia and China will have a much harder time securing contracts for gas exploration, lithium mining and arms sales.

But the coup in Bolivia is particularly bad news for Venezuela’s Nicolas Maduro. The success of the right-wing opposition in La Paz is undoubtedly intended to encourage and inspire their ideological counterparts in Caracas.

And as Maduro loses another friend on the Latin American stage, the message from Washington to the government in Caracas is clear: you may have won a battle against the US-led push to oust you from power, but the war is ongoing.