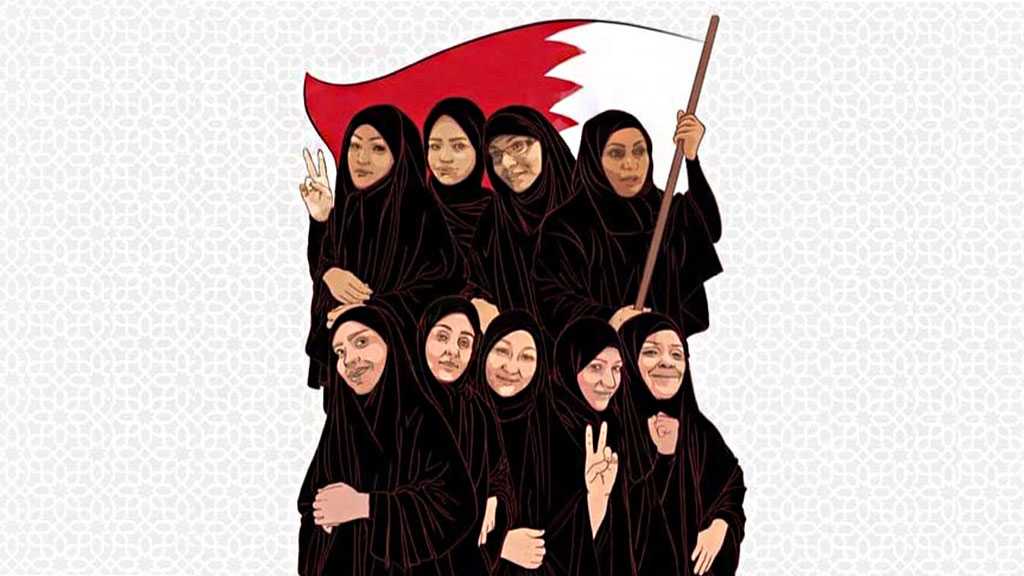 In 2017, Bahraini human rights defender Ebtisam al-Saegh found herself sitting in a dark room before a pair of chain smoking officers from Bahrain’s National Security Agency. “No one is going to hear you in this place,” sneered one of the men, who introduced himself as ‘the torturer.’ “No one can protect you here, not the Human Rights Council or any other organization. You know we have a green light from Trump, right?”

It had been a brutal year in the tiny island of Bahrain, the home of the US Navy Fifth Fleet and a key American ally in the Arab Gulf. The government, led by the AlKhalifa monarchy, had begun a severe and ongoing crackdown, which saw all political opposition groups and independent media forcibly dissolved and thousands incarcerated on political charges, amid accusations of rampant torture and due process violations. Ebtisam had recently returned from the UN in Geneva, where she spoke out about Bahrain’s repression.

With her arrest and torture, the government was sending a message: this would not be tolerated.

Women like Ebtisam have long played a central, albeit overlooked, role in Bahrain’s opposition movement. As the government increasingly targeted women for their opinions or those of their relatives, many began to come forward. Our organizations, the Bahrain Institute for Rights and Democracy and Americans for Democracy & Human Rights in Bahrain, have worked with nine women to share their stories. The resulting report, Breaking the Silence, traces the path of these women – from their arrests, through their interrogations and trials, to their detention at Isa Town Detention Centre, Bahrain’s only women’s prison. We uncovered horrific patterns of abuse, from sham trials to torture and sexual violence.

We encountered considerable obstacles to our work from the outset. The Bahraini state is highly resistant to scrutiny, making it virtually impossible to visit the country for research. UN Special Rapporteurs have not been permitted entry since 2006, while human rights groups, including Amnesty International, have been denied access since 2015. However, through regular phone calls with the imprisoned women and their families, as well as analysis of court rulings and medical reports and comments from psychologists and legal experts, we pieced together a coherent picture of their experiences.

As we assembled their stories, the systematic nature of government abuses became clear. During brutal interrogations, the women experienced extreme violence, ranging from threats of rape or death to beatings, sexual assault and witnessing the torture of relatives. To end these abuses, many agreed to sign pre-written confessions, later used by Bahrain’s widely condemned judiciary to convict them. When they attempted to raise their ill-treatment in court, they were dismissed by judges.

Once sentenced, the women were singled out for mistreatment at Isa Town prison due to their political status, as is common across the Bahraini prison system. They reported punitive measures, including restrictions on family visits, religious discrimination, physical assault and medical negligence. Two of the women who remain in prison today, Medina Ali and Hajer Mansoor, have only seen their children once over the past year – a visit that was granted only after significant international pressure.

The legacies of the women’s abuse affect them to this day. Ebtisam reported she can no longer sleep in the dark or tolerate the smell of cigarettes, both of which immediately transport her back to the smoky room where she was tortured. Others reported psychological trauma in their young children related to their prolonged separation. The stigma attached to incarceration also makes returning to society difficult: After being released following an international campaign against her unlawful conviction, Najah Yusuf was fired by her employer who questioned her integrity due to her criminal record.

“Sometimes I speak normally about my ordeal,” Yusuf told us, “but the truth is that I am bleeding from within. It’s painful, and I have no idea when all of this is going to end.”

While abuses in Bahrain may seem distant, the US exerts a huge influence on the country, and American policy has actively contributed to the crackdown. Since Trump’s election, Obama-era human rights conditions on arms sales have been removed and the State Department has approved an unprecedented $8.5 billion worth of arms sales, upgrades, services and training to the country. Despite evidence that some of this funding has gone directly to bodies implicated in the abuse of the women we interviewed, the US places no human rights conditions on its substantial investment in Bahrain.

Trump seemingly gave the “green light” to Bahrain’s crackdown during a state visit in May 2017, where he promised an end to the “strain” his predecessor had placed on US-Bahrain relations. Two days later, Bahraini police opened fire on peaceful protests in the village of Diraz, in what the UN High Commissioner for Human Rights described as among the “deadliest” operations since Bahrain’s pro-democracy uprising was crushed in 2011. The conservative shift in American domestic policy has also encouraged Bahrain’s rights abuses: days after the White House announced the resumption of federal executions in July 2019, Bahrain executed two torture victims amid international outcry; when asked for comment ahead of the executions, the Bahraini Embassy in Washington, DC explicitly referenced the US decision.

Trump’s barely-concealed enthusiasm for authoritarianism is bolstering a climate of impunity in the region. In Bahrain, this means abusers are free to operate without fear of consequences. When Trump received Bahrain’s Crown Prince to discuss arms deals last month, he made the message very clear: keep buying arms, and we will stay silent on rights abuses.

For the women we worked with, the knowledge that they could be seized again at any point is among the most terrifying aspects of their entire experience. It is time for Congress to make clear that these violations cannot be tolerated.

These nine women have broken the silence. Now it is up to us to raise our voices and make sure that their efforts are not in vain.