Syrian authorities discovered on Wednesday large amounts of weapons and ammunition, some of which are of US and ‘Israeli’–made, left behind by terrorists in southern Syria. 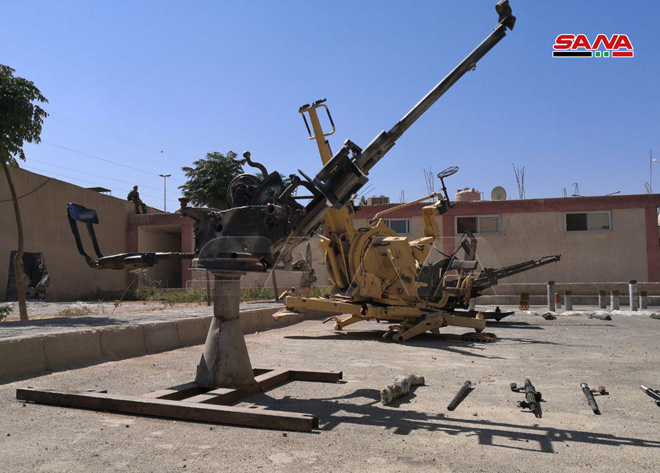 According to SANA, a source noted that during combing operations in areas that had been liberated from terrorism by the Syrian Army, an amount of ‘Israeli’-made weapons and ammunition were found, communication devices, and a van car.

The source added that scores of Grad rockets, RPGs with their rounds, various types of artillery shells, hand grenades, and 200.000 rounds, which were in terrorists’ possessions were discovered.