Iranian Foreign Minister Mohammad Javad Zarif criticized Washington, pointing out that Tehran has pursued diplomatic means to ease tensions in the Middle East, while the US has preferred to use military force. 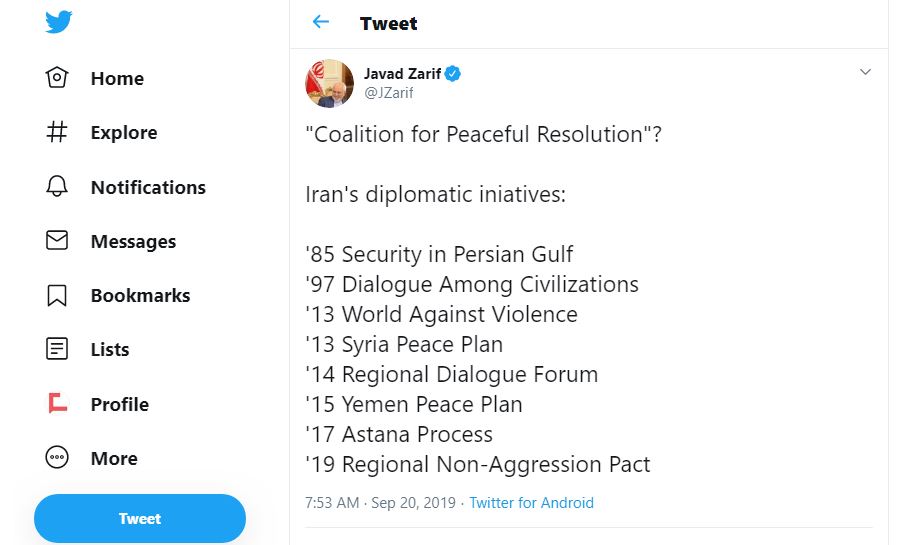 Tensions in the region escalated this week after Saudi Arabia and the United Arab Emirates joined a US-led Maritime Coalition that aims to patrol the waters near Iran's borders.

The US decided to establish an international maritime coalition earlier this year after a number of incidents near the Strait of Hormuz, a crucial oil transport waterway, including an attack against several ships in the Gulf of Oman in June, and a UK-Iran row that led to the seizure of the British-flagged vessel Stena Impero by the Islamic Revolutionary Guards.

Sayyed Nasrallah: With God's help and the people's support, we and our allies are the strongest in the region
Sayyed Nasrallah: The Covid-19 pandemic in Lebanon is out of control, we have to live with the Coronavirus measures and those who infects others and lead to their death are killers and have to pay their blood money
Sayyed Nasrallah: We cling to the innocence of our brothers should unjust STL verdicts be issued against them
Sayyed Nasrallah to the resistance people: Preserve your anger, as we might need it one day to end the attempts seeking to drag Lebanon into a civil war