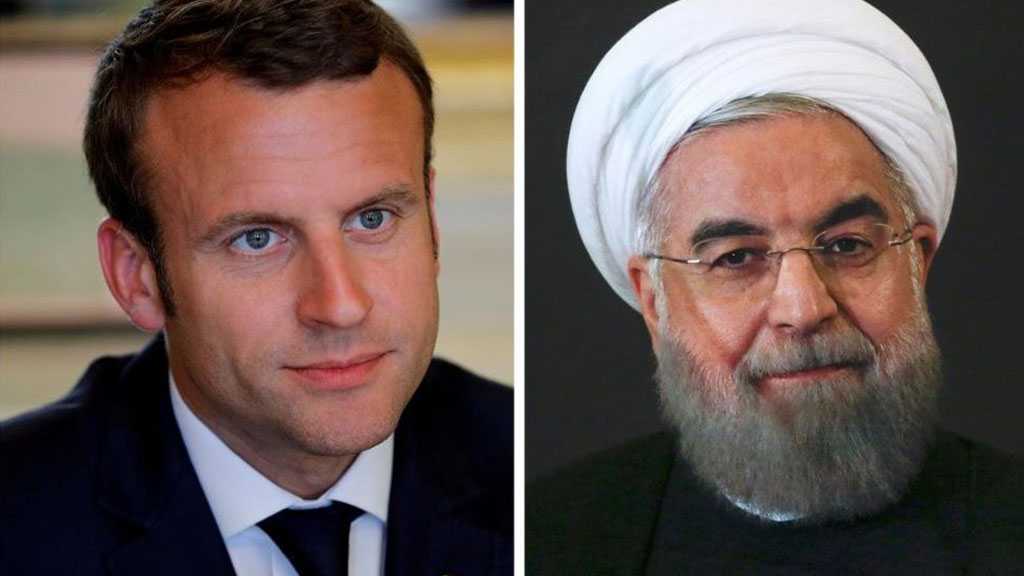 Iranian President Hassan Rouhani informed his French counterpart Emmanuel Macron that there is no point in talks with the United States as long as it keeps sanctions against the Islamic Republic in place.

Speaking to Macron over phone on Wednesday, Rouhani said the US violated its commitments under the 2015 nuclear deal once it decided to quit it in May 2018.

“From the viewpoint of Iran's government, parliament and people, as long as there are sanctions in place, there is no point in negotiating with the US,” he said.

Ever since quitting the Joint Comprehensive Plan of Action [JCPOA], US President Donald Trump has been trying to force Iran into accepting a more wide-ranging alternative that curbs Tehran's missile program and regional influence.

In response to the pressure and a lack of willingness by the European signatories of the deal – the UK, France and Germany – to offset it, Iran has over the past months started to cut back on its commitments under the agreement.

The third step, revealed last week, Tehran told Europe that it was removing all limits on nuclear research and development.

Rouhani told Macron that Iran was ready to resume implementing deal at its fullest once agreements with the three European nations to implement the deal were fulfilled.

He said that the JCPOA's stability and the security of all waterways, including the Gulf, were two major goals that would benefit all parties, including the United States itself.

The Iranian head of state said the JCPOA provided a great opportunity for other countries to get involved in Iran's booming economy.

"It is imperative that the European Union and France play their role in preserving the JCPOA the best they can," he told Macron.

Macron, for his part, detailed his government's negotiations with the US and said Paris would continue efforts to implement the deal.

He also laid out his country's future plans for the negotiations. The two leaders also agreed to continue talks.