Machghara, Lebanon – Thousands of mourners have gathered from various West Beqaa villages to mark the martyrdom anniversary of Imam Hussein (AS), the third Shiite Imam and the grandson of Prophet Mohammad (PBUH), in the Lebanese town of Machgharah, to pledge allegiance to Imam Hussein (AS) and to resonate their firm stance to all the conspirators that no war shall weaken their determination and faith in the approach of resistance.

The black-clad were crouched on the floor with tears streaming down their faces, as they listen to Husseini eulogies.  Besides, Imam al-Mahdi Scout, male and female members, partook in the parade, holding black flags and pictures of Hezbollah martyrs; slapping their chests and chanting, "Never to Humiliation.'' 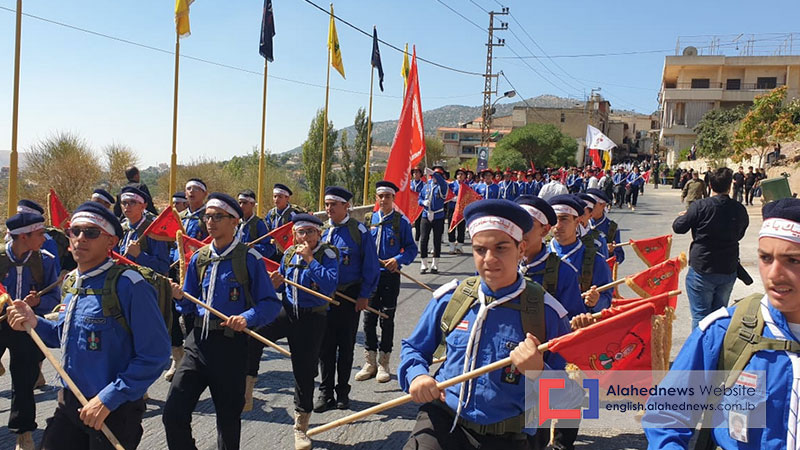 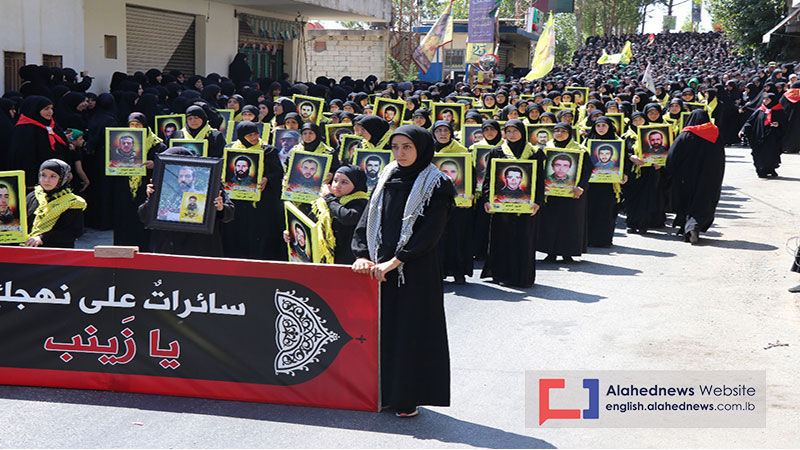 At the end of the parade, Hezbollah MP Hussein El-Haj-Hassan delivered a speech, in which he asserted that the US and the Zionists, along their allies, are hardly working to besiege the Islamic Republic and the resistance movements in Lebanon, Syria, Iraq, and Yemen.

"We vow to the supreme Leader [of the Islamic Revolution] Ayatollah [Imam Sayyed Ali] Khamenei on this day, as Imam Hussein's companions and as Sayyed Hassan Nasrullah said yesterday, 'Oh master and leader, if we are to be killed, all of us, we shall never leave you, Oh son of Hussein'."

El-Haj-Hassan added that if the Islamic Republic is in distress, then all the resistance movements would stand in solidarity with it, merely because of the dignity Iran has brought us. 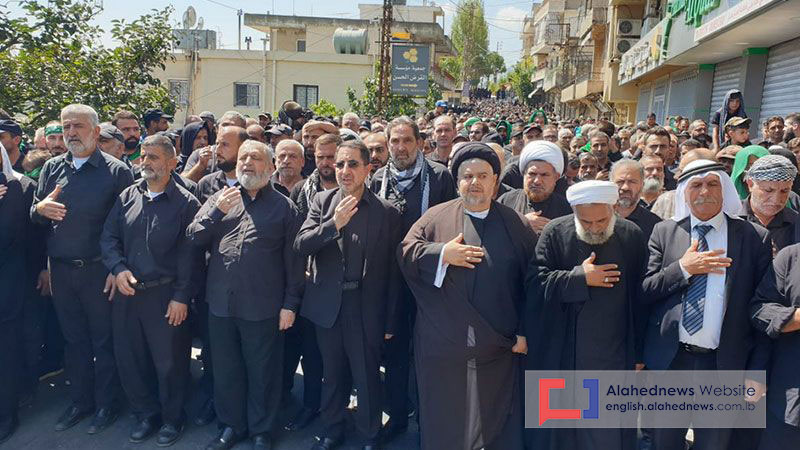 "The people of West Beqaa stand with Iran and the resistance. This is our religious, political, national and ideological obligation,'' the deputy avowed.

If bounteousness and hospitality could indeed be measured, then the Machgharis are Lebanon's most generous servants to the lovers of Imam Hussein.

During the 10 days of Ashura's religious rituals, they provide copious supplies of free food and beverages, in honor of Imam Hussein's martyrdom.

Weeks ahead, preparations get underway; they set up their houses to accommodate the mourners, in every possible way, as they perceive Imam Hussein (AS) as the beacon of honor and salvation.

On the day of Ashura, they prepare meals; the main drive for this is their devotion to the holy Ahlulbiet [Holy Household]. This annual ritual is considered holy for anyone who cooks or eats it.

The Machgharis are well known for their high humility, enthusiasm and solid commitment to the Resistance, in the defense of their homeland and sacred cause.

They are part and parcel of the Resistance, have fought for years within its ranks and have sacrificed a large number of martyrs, mostly during direct confrontations; among others: Hajj Abu Hassan Muhammad Bejaihji, Leader Hussein Meri and Hajj Ibrahim al-Hajj, known as Hajj Salman.

The Machgharis believe that Ashura symbolizes the eternal and unwavering stance of truth against falsehood, injustice, tyranny and oppression, the cause for which Imam Hussein (AS) was martyred.

Machgharah is inhabited by both Catholic and Orthodox Christians and Shiite Muslims, which makes it a mosaic of cultural and social diversity.

It is also a fertile ground for intellectuals like al-Hurr al-A'amili al-Mashghari, a prominent theologian and hadith scholar, who wrote numerous books, notably: Wasa’el ash-Shiite, which is a vast but concise compilation and classification of Hadith that took him 18 years to compose.

The stunning town of Machgharah sits on the eastern slope of Mount Lebanon, along the Yammouneh fault and is known for its orchards, narrow streets and ubiquitous stairs.

According to some chroniclers, its name derives from Mash'arta, with the root, Sha'ar, meaning 'gush' in the Phoenician language, as the town has multiple springs, cascades and streams.