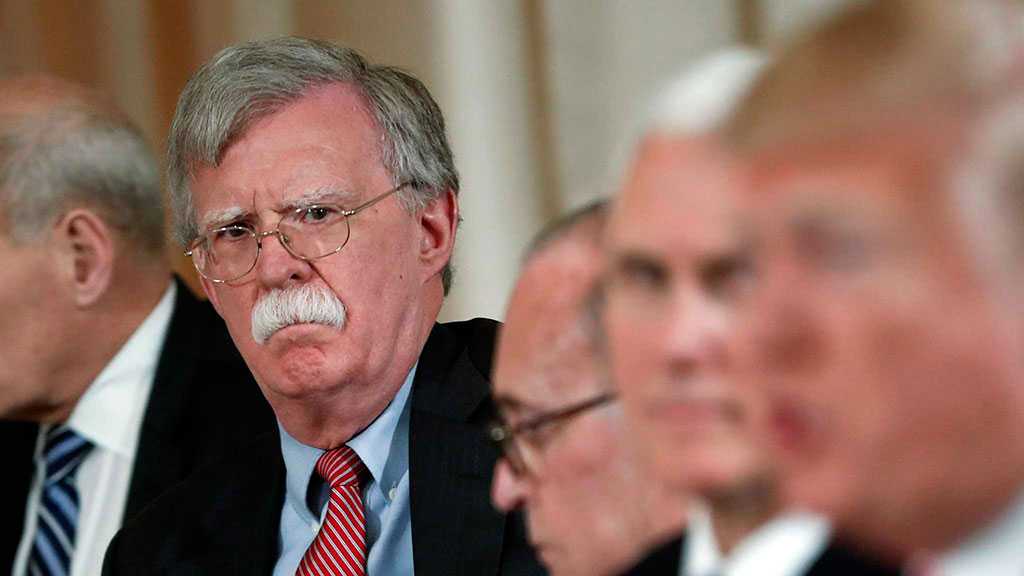 US President Donald Trump said he has fired his national security adviser John Bolton, telling him his services are "no longer needed".

But Bolton gave his own version of events, saying he had resigned.

Trump and Bolton, a foreign policy hawk, had significant disagreements on Iran, Afghanistan and other global challenges.

Trump tweeted: "I informed John Bolton last night that his services are no longer needed at the White House.

"I disagreed strongly with many of his suggestions, as did others in the Administration, and therefore I asked John for his resignation, which was given to me this morning.

"I thank John very much for his service. I will be naming a new National Security Advisor next week."

And Fox News host Brian Kilmeade said live on air that he received a text from Bolton, which said: "Let's be clear, I resigned."

The departure seems to have surprised the White House press team too, who just an hour before Trump's tweets said Bolton would join US Secretary of State Mike Pompeo and Treasury Secretary Steven Mnuchin at a briefing.

In that briefing, the pair were asked about whether the news had blind-sided them, with Pompeo replying: "I'm never surprised. And I don't mean that on just this issue.

"Those of us who work with the president have a good understanding of how he is thinking.

"Our mission is not to talk about the inner workings, but the things that matter to American foreign policy."

Bolton was in London less than a month ago, where he met Prime Minister Boris Johnson and said that the UK would be "first in line" for a trade deal with the US once Brexit has taken place.

Trump once said that Bolton could be "at war with the world if he could have his way". He also reportedly once said of Bolton: "John has never seen a war he doesn't like."

There has been talk of conflict between Bolton and Pompeo, who are said to not be speaking to one another.

In the press conference, Pompeo said he and Bolton had different views on how to proceed in diplomacy, but that disagreements were true in many of his daily interactions.

He said Trump was "entitled to the staff he wants".

Bolton had been a controversial figure in the White House and his appointment caused some alarm.

His foreign policy views did not seem to fit with Trump's "America First" approach.