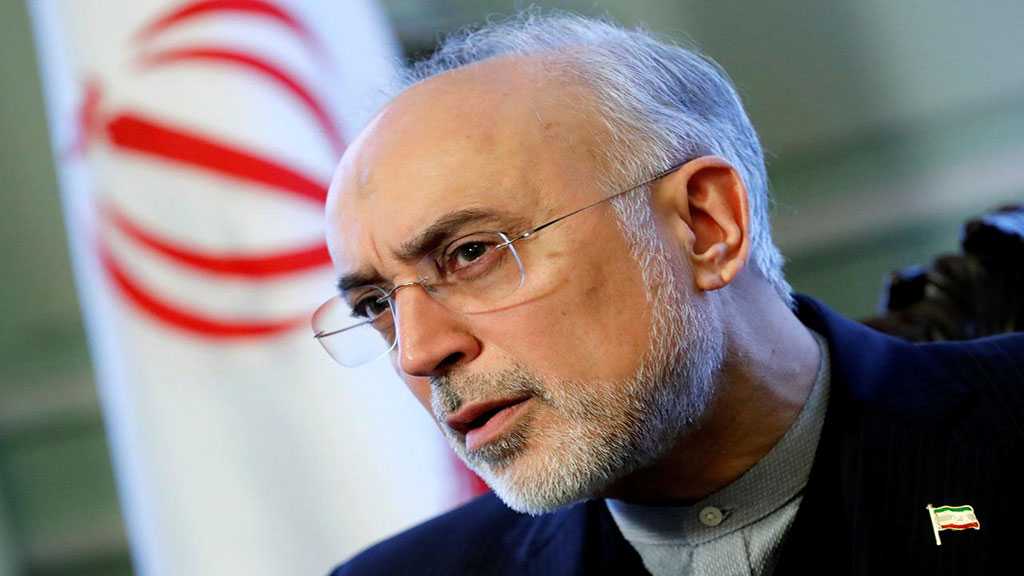 Head of the Atomic Energy Organization of Iran [AEOI] Ali Akbar Salehi criticized the European signatories to a 2015 nuclear agreement for failing to honor their legal commitments to Tehran, adding that the multinational accord is “no one-way street.”

Salehi made the remarks in a meeting with Acting Director General of the International Atomic Energy Agency [IAEA] Cornel Feruta in Tehran on Sunday.

The European Union was supposed to “fill the gap” created by the US’s withdrawal last year from the Iran deal, but unfortunately it has failed to keep that promise, Salehi added.

The deal “is no one-way street; it was supposed to be a two-way path,” he stressed.

He further defended the three steps that Iran has taken since May in suspending parts of its commitments under the deal in retaliation for Washington’s withdrawal and Europe’s failure to protect Iran against the sanctions that the US re-imposed on Iran in the aftermath of its exit.

Iran’s countermeasures are “due decisions” made “in due time,” the AEOI head added.

Feruta and Zarif have already met but details of the negotiations are not yet known.

For his part, Iran’s Ambassador to the IAEA Kazem Gharib-Abadi has said Feruta’s meetings are part of ongoing cooperation between Iran and the UN nuclear watchdog.

The JCPOA was signed between Iran and six world states — namely the US, Germany, France, Britain, Russia and China — in 2015.

Washington’s exit in May 2018, however, the future of the historic deal in limbo.

Tehran remained fully compliant with the JCPOA for an entire year as confirmed by the IAEA in several reports, waiting for the co-signatories to fulfill their end of the bargain by offsetting the impacts of Washington’s bans on the Iranian economy.

As the European parties failed to do so, Tehran moved in May to retaliate against Washington’s exit and began suspending its JCPOA commitments in 60-day stages under Articles 26 and 36 of the deal covering Tehran’s legal rights.

Iran has given another two months to the European signatories to take meaningful action to save the JCPOA as a France-led diplomatic process is underway between the two sides.