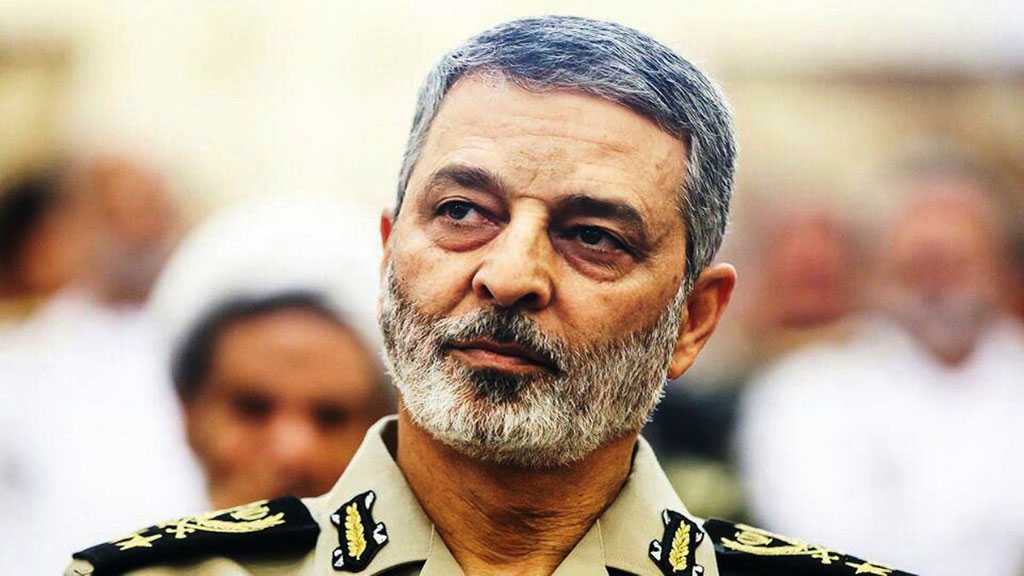 The Zionist regime of ‘Israel’ is on its last legs, Iranian Army Commander Major General Abdolrahim Mousavi said, adding that the fall of ‘Israel’ is going to happen in the not too far distant future.

In comments in the city of Qom on Friday, Mousavi said the axis of resistance is going to beat out the US hegemony and win the ultimate victory.

He also said that everyone will see the end of the “ominous Zionist regime” in future, stressing that the day is not far away.

The evil Zionist regime has brought about nothing during its existence but aggression, plundering, barbarism, bullying and brutality, the Iranian Army Commander said.

“The enemies are well aware that any outbreak of insecurity and tension in the region will put them in the most insecure conditions,” Mousavi further warned.

He added that the US government has become confused and disillusioned after suffering successive defeats in the region and the failure of its policy of maximum pressure on Iran.

Back in December 2016, Leader of the Islamic Revolution His Eminence Imam Sayyed Ali Khamenei expressed high optimism that the ‘Israeli’ regime will perish within the next quarter of a century.

“The Zionist regime - as we have already said - will cease to exist in the next 25 years if there is a collective and united struggle by the Palestinians and the Muslims against the Zionists,” Imam Khamenei said.

As for any move against the Islamic Republic, Imam Khamenei has frequently warned the adversaries that they would face a “harsh reaction” in case of any offense against Iran, stressing that the era of hit and run is over.