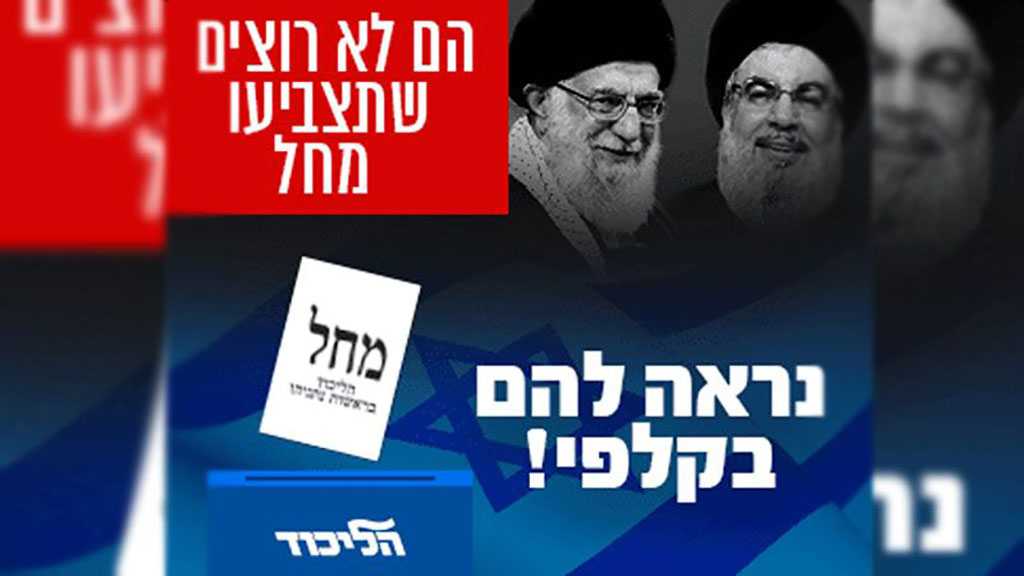 As part of the ‘Israeli’ Likud Party’s electoral campaign, which is led by Zionist Prime Minister Benjamin Netanyahu, pro-Netanyahu ‘Israel Hayom’ newspaper’s website published a propaganda photo of Leader of the Islamic Revolution His Eminence Imam Sayyed Ali Khamenei and Hezbollah Secretary General His Eminence Sayyed Hassan Nasrallah with a caption in red saying: “They don’t want you to vote for Likud.”

The expression was followed by another one stating: “We’ll make them see in the ballots.”