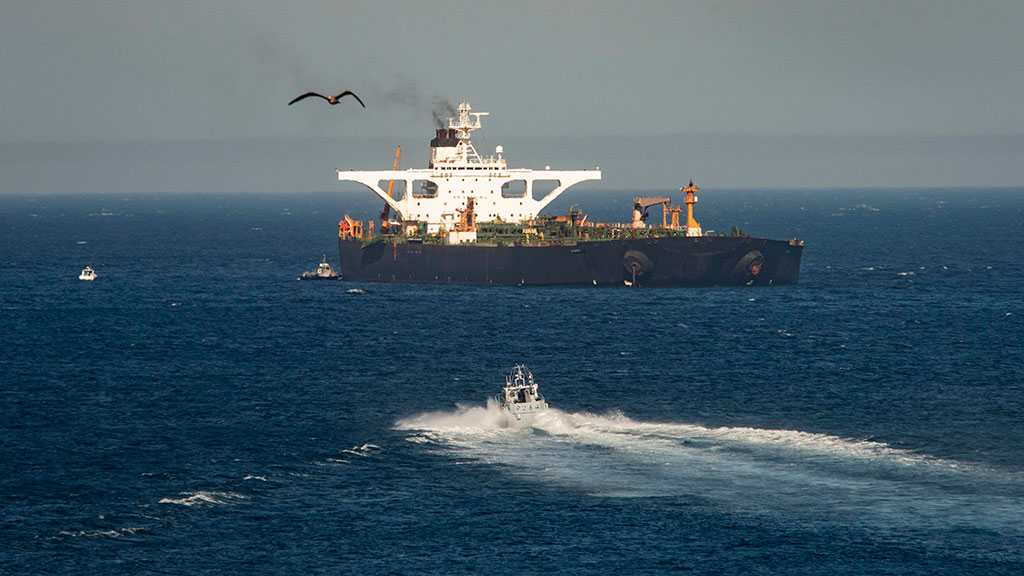 The US Treasury Department threatened to blacklist anyone around the world who helps fuel an Iranian vessel already sanctioned by the US administration.

In an update to its frequently asked questions on Iran sanctions on its website, the Treasury’s Office of Foreign Assets Control, or OFAC, said “the bunkering by non-US persons of an Iranian vessel that has been identified as blocked property of an Iranian person … and the making of related payments for these bunkering services — risk being designated themselves.”

At the time, the Treasury Under Secretary Sigal Mandelker warned that “anyone providing support to the Adrian Darya 1 risks being sanctioned."

The US earlier threatened those potentially assisting the return of the tanker that had been released by Gibraltar after more than a month of detention there by Britain.

Four days before the US imposed sanctions on the tanker, the vessel's Indian captain was approached by the US State Department, and was asked to either receive bribe for the vessel or face US sanctions.

A report by The Financial Times revealed Wednesday that the captain received an unusual email from Brian Hook, the US special representative for Iran at the Department of State, in this regard.

According to several emails seen by the Financial Times, Hook wrote to Akhilesh Kumar on August 26 that the Trump administration was offering him several million dollars to pilot the ship to a country that would impound the vessel on behalf of the US. To make sure the captain did not mistake the email for a scam, it included an official state department phone number.

Iranian Foreign Minister Mohammad Javad Zarif on Thursday described the bribery as "shameful" and an indication of the US' "ethical, political, and operation breakdown".

Earlier this week, Zarif also said the US was setting a pattern in its policy of baits and threats as he himself was invited to meet with the president at the White House just weeks before the Trump administration placed sanctions on him.

Hook has emailed or texted roughly a dozen captains in recent months in an effort to scare mariners into understanding that helping Iran evade sanctions comes at a heavy price, the FT report added.

On the same day when the report was released, the United States imposed sanctions on an Iranian shipping network – several tankers, companies and insurance firms -- accusing it of supplying millions of barrels of oil to Syria.