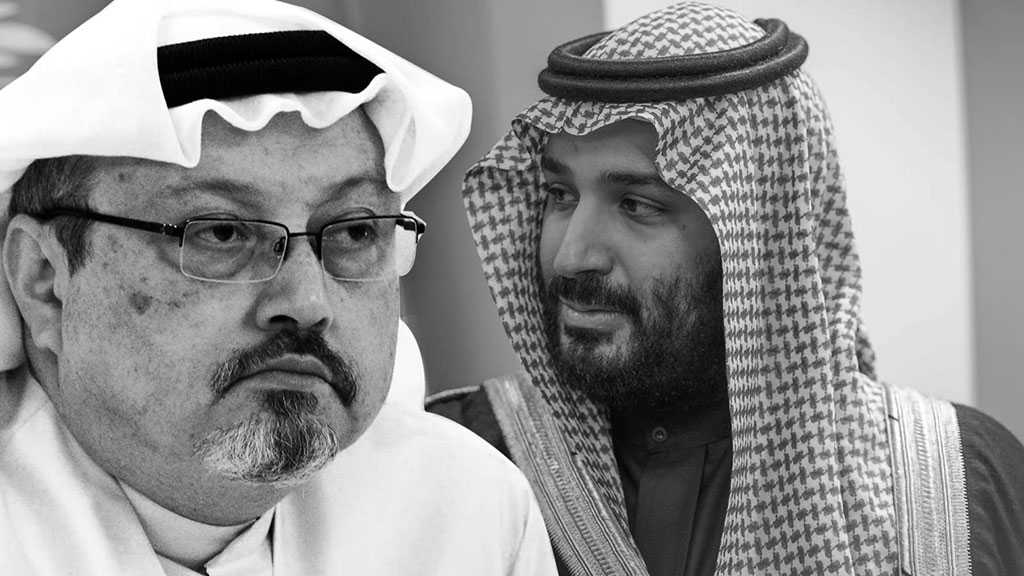 At the Srugim Conference, which was aimed at “Israeli” right-wing voters and was attended by Mike Evans, the founder of “Friends of Zion Museum” and a member of the Trump Evangelical Advisory, boasted of his meeting with Saudi Arabia’s Crown Prince Mohammad bin Salman [MBS] this week.

Evans is a self-described “devout American-Christian Zionist leader” and “renowned Middle East expert,” according to a profile of the preacher.

At the conference which was held in al-Quds [Jerusalem] on September 2, 201, Evans declared that he had spent two hours with MBS, during which they both talked about internal and international issues.

Among the issues discussed was the murder of Saudi Arabia dissident columnist for the Washington Post Jamal Khashoggi in Turkey on October 2, 2018, to which MBS implied involvement in.

“I said to him: ‘You copied “Israel”! “Israel” sent eleven agents to Argentina to inject [Adolf] Eichmann and bring him back. You did the same thing, but you screwed up! And you overdosed him and killed him”, referring to the assassination of Khashoggi while comparing the case to that of Adolf Eichmann, the Nazi war criminal who was hanged in the “Israeli” entity almost 50 years ago.

“He [MBS] said: ‘Even a prince can make a mistake!’” Evans continued, also referring to the murder of Khashoggi.

Evans spoke highly of MBS, saying that the Crown Prince was “brutally honest” regarding his views towards the “Israeli” entity, saying, “What I heard out of his mouth was astonishing! What he said concerning ‘Israel’ was astonishing! I briefed your prime minister [Benjamin Netanyahu], I briefed the White House. I couldn’t believe it!”

Meanwhile, MBS apparently had opposing views of the Palestinians, which Evans made clear to the audience in the conference saying, “Now on the other hand, what he [MBS] said concerning the Palestinians was astonishing. Because he had no respect for them!”

He further assured the “Israelis” that they have a growing group of allies even if the cooperation among them was kept secretive, “Listen, you’ve got something you’ve never had before: you have a Sunni alliance – they don’t say it publicly but privately – they are there for you!”

Last year, Evans met with MBS in Riyadh, Emirati Crown Prince Mohammed bin Zayed [MBZ] in the UAE, President El-Sisi of Egypt, and King Abdullah II of Jordan. According to Evans, Netanyahu’s leadership with Gulf Arab countries is essential and that these leaders have an immense amount of respect for the “Israeli” Prime Minister.

Evans also spoke about the opportunity the “Israeli” entity has with US President Donald Trump’s Administration. Evans noted that it is the first time in the entity’s history that there is an Evangelical Secretary of State [Mike Pompeo], Vice President [Mike Pence], and that President Trump was elected by Evangelicals and seeks their counsel.

Evans explained that one only has to look at what Trump has already done, including the recognition of the Golan Heights, moving the US Embassy to al-Quds [Jerusalem], closing the PLO Mission in Washington DC, the Taylor Force Act and that his team is proof enough.

At the Jerusalem Post 8th annual conference, which was held in New York two months ago, Evans displayed astonishment and delight in equal measure over his discovery of the views of Arab leaders concerning the “Israeli” entity.

“I’ve met with MBZ in the Emirates,” he explained. “I’ve met with MBS in Saudi Arabia… and I can tell you something astonishing. These leaders are more pro-‘Israel’ than a lot of Jews.” He used colloquialisms to identify the two Crown Princes.