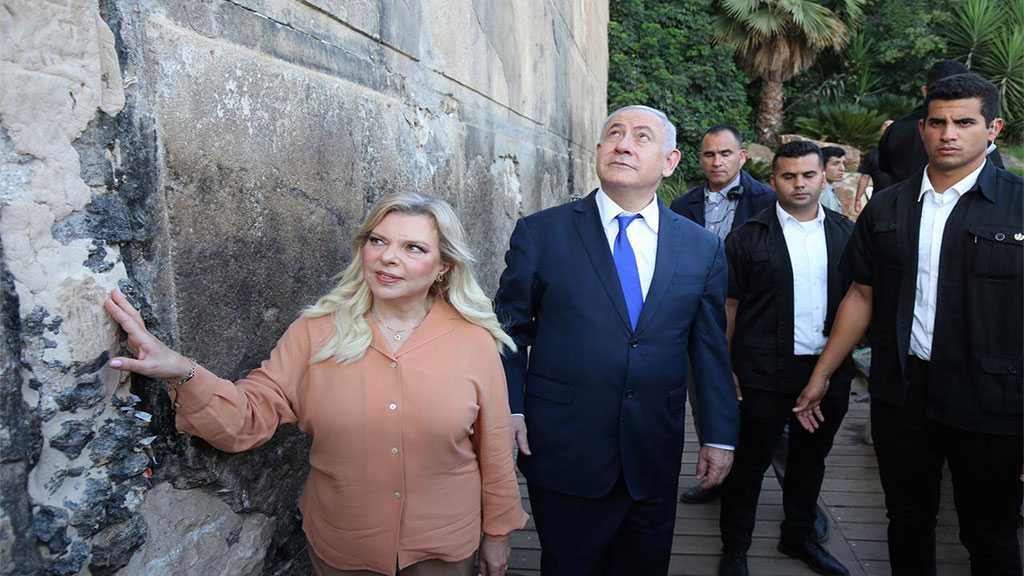 The demonstrators set fire on pictures of Netanyahu, saying that his visit to the city only aimed at fulfilling his political ambitions.

"We, as Palestinian citizens, are angry of Netanyahu storming the city of Hebron," said a demonstrator.

Relatively, Palestinian officials also condemned the visit, stressing that it is provocative.

In this respect, the Palestinian Authority president’s spokesman said Netanyahu’s move may spark a religious war, warning about consequences of the "grave escalation".

During the trip, which was made under tight security, Netanyahu made a speech in the Ibrahimi mosque, which is sacred to both Muslims and Jews.

In an apparent effort to rally right-wing votes for an election two weeks away, Netanyahu claimed that Jewish people will never leave the area.

"Hebron will not be cleansed of Jews. We are not strangers in Hebron. We will remain in it forever," he claimed.

The speech was delivered right at the place where an armed ‘Israeli’ settler killed 29 Palestinians in 1994.

Around 1,000 heavily guarded illegal settlers live among 200,000 Palestinians in al-Khalil.