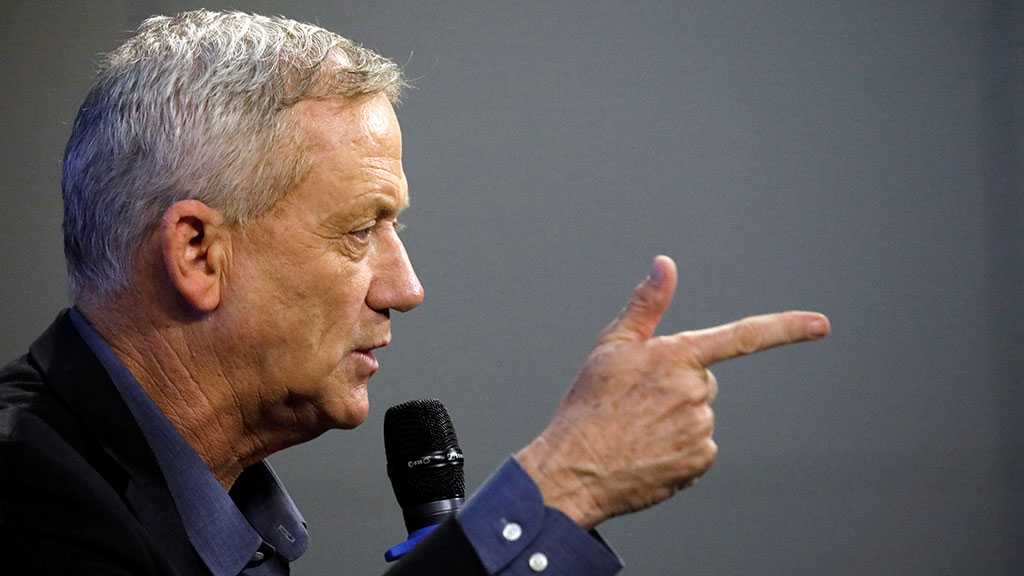 Blue & White leader Benny Gantz is ready to take over the reins as the “Israeli” entity’s next prime minister as the country gets ready to vote in its second consecutive election in months.

“I will be the prime minister," Gantz told i24NEWS in an interview.

Criticizing current “Israeli” Prime Minister Benjamin Netanyahu's government for being too outspoken regarding its military campaign on its northern border, Gantz explained that as prime minister he would follow Israel's traditional policy of “ambiguity”, which he says is one of its strengths.

But he did not disagree with Netanyahu over the campaign itself on the northern border.

“‘Israel’ has been running a campaign against the transfer of sophisticated arms from Iran via Syria into Lebanon. Those systems might one day be used against us, so we should do whatever in our capacity to intercept those systems," he explained.

Although labeled quiet or lacking in the conviction necessary to lead the country fighting as it faces border threats, Gantz touted his military credentials as the former chief of staff for the army as well as a “the last soldier coming back from Lebanon,” he said after 22 years of serving on the northern border.

Turning to US President Donald Trump’s recent polarizing statements about Jewish Democrats being "greatly disloyal", Gantz said political affiliation was irrelevant to him.

Asked whether he was worried that Trump might sway the election in favor of Netanyahu, he said he was not bothered for two reasons.

"Everything that supports or strengthens” the “Israeli” entity, “I will accept it – even if it helps Netanyahu. Because let me tell you something: Netanyahu is going to lose those elections,” he told i24NEWS.

At the same time, he embraced a unity government even with Netanyahu and his Likud party, but stressed that the veteran leader could not serve in the cabinet with an indictment pending against him.