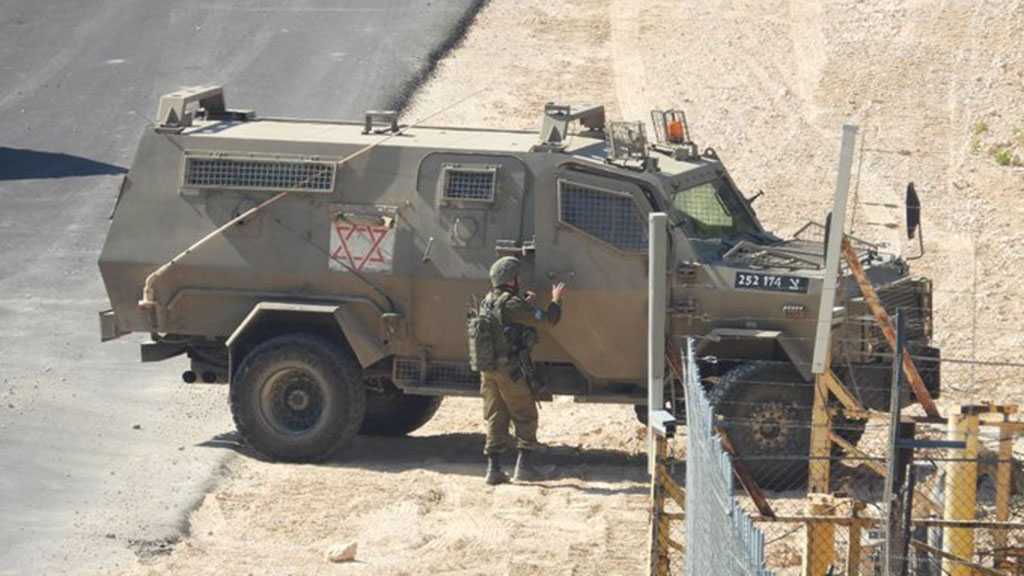 On Sunday, September 1, Hezbollah destroyed an “Israeli” military vehicle near the “Avivim” military post with an anti-tank guided missile. The operation was carried by a unit named after Martyrs Hassan Zabib and Yasser Daher, who were martyred in “Israeli” airstrikes on the Syrian capital of Damascus in August.

In the aftermath of the operation, a chaotic calm overshadowed nearby settlements. Bomb shelters in the northern territories of Occupied Palestine were packed with settlers. Meanwhile, the “Israeli” military restricted movement on roads adjacent to the border with Lebanon.

Days after Hezbollah’s Avivim Operation, “Israelis” heaved a sigh of relief as the threat was neutralized. After spending a couple of days underground, they came out of their shelters.

Meanwhile on Tuesday, a number of “Israeli” soldiers – stationed at a post in the north of the “Israeli” entity- were enjoying their day out in the sun.

Reports have it, that an “Israeli” Occupation Forces [IOF] soldier was seriously injured after being struck in the head with a rock in “non-operational circumstances,” the “Israeli” army said, without specifying.

The “Israeli” soldier was evacuated to a nearby hospital for treatment. His family has been notified.

Eventually, “Israeli” Military Police have opened an investigation into the incident and the findings will be passed on for examination by the entity’s so-called Military Advocate General, "Israeli" media reported.

According to the “Israeli” Ynet news site, investigators were looking into whether the soldiers at the base were fooling around and hurling stones at each other, caused the injury.

This is but one in a series of various incidents where “Israeli” soldiers get killed or seriously injured out of recklessness or foolishness of its troops.

For instance, in 2018, a pair of soldiers in the “elite Duvdevan counter-terrorism” unit were playing a game of “draw” at their base when one of the them – who didn’t realize his weapon was loaded – fired and killed his 20-year-old peer.