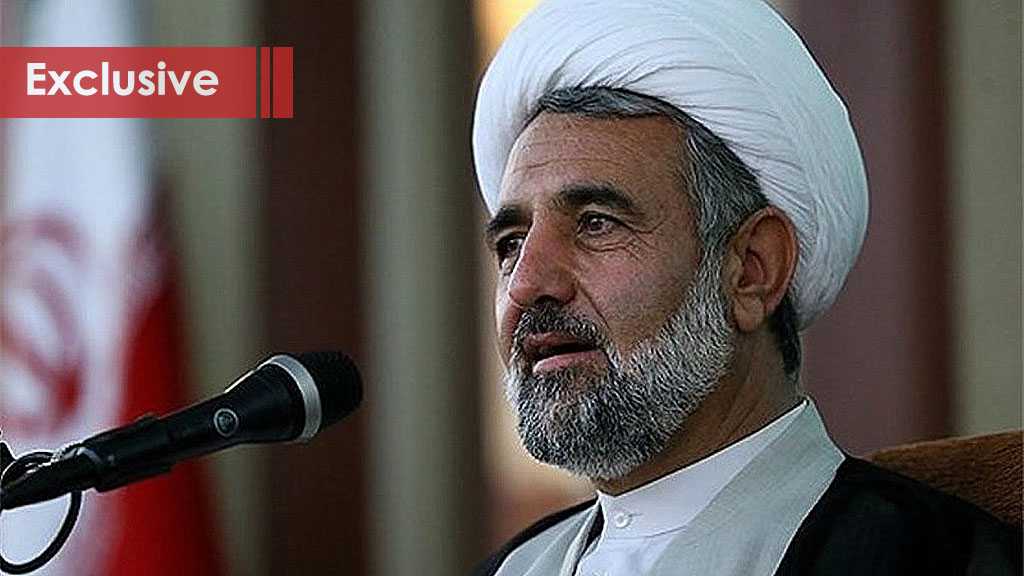 Talking to al-Ahed about Hezbollah’s latest operation against the ‘Israeli’ occupation forces in the settlement of ‘Avivim’, which is built on the occupied Lebanese town of Salha, Sheikh Zonnour added that: “It is true that two resistance men were recently martyred at the hands of the Zionist entity, but the response it received was very strong in which it suffered doubled losses.”

“Hezbollah today is powerful and has a strong deterrence power, in addition to its suitable fast response, in which it can hush any Zionist practice in the region, responding in a way that the enemy regrets its action,” Sheikh Zonnour went on to say.

“Today, the friends of the world’s oppressed people are happy with this response, while the enemies are disappointed.”

According to the senior Iranian official, “All of this is due to the blessings of Imam Hussein [AS] revolution, and the lesson of resistance Hezbollah fighters have learned from the Leader of Martyrs Imam Hussein [AS].”

In conclusion, Sheikh Hojatoleslam Zonnour told al-Ahed that: “Every day we witness Hezbollah and the resistance’s growing might, and the resistance men on the front will thwart and disappoint the Zionist occupation enemy’s plots.”