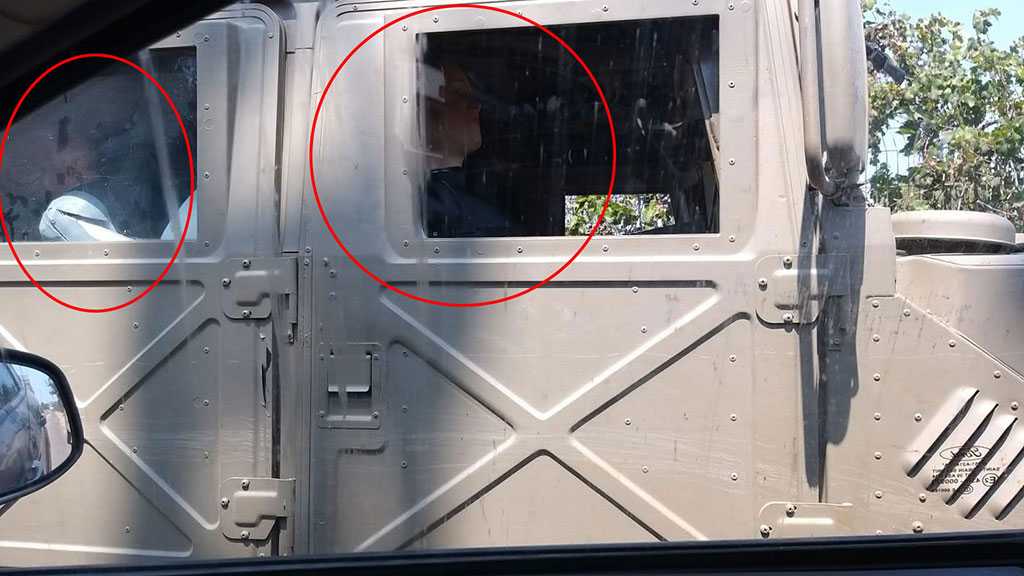 Beirut - Perhaps more qualified to accomplish the mission of guarding the border than real soldiers, the ‘Israeli’ occupation army placed dummies inside their military vehicles across the northern front on facing the Lebanese side.

The breakthrough was first spotted by al-Manar correspondent in South Lebanon, Ali Shoeib, which went viral on Twitter.

Soon after, the military correspondent of ‘Israeli’ channel 10 news, Or Heller, confessed the news, adding an extra close photo on the same incident.

The measure reaffirms reports of ‘Israeli’ fears of Hezbollah’s awaited response since the last speech of Hezbollah Secretary General His Eminence Sayyed Hassan Nasrallah who vowed retaliation to the ‘Israeli’ attacks against Lebanon and Hezbollah members.

Sayyed Nasrallah on Sunday warned the ‘Israeli’ army to await Hezbollah response, adding that the Resistance will choose the suitable time to respond to the Zionist crimes and violations.

Since then, the ‘Israeli’ occupation army has taken strict measures in order to avoid Hezbollah operation as Zionist analysts maintained that Sayyed Nasrallah’s threats will inevitably come true, referring to His Eminence’s historical credibility in this regard.