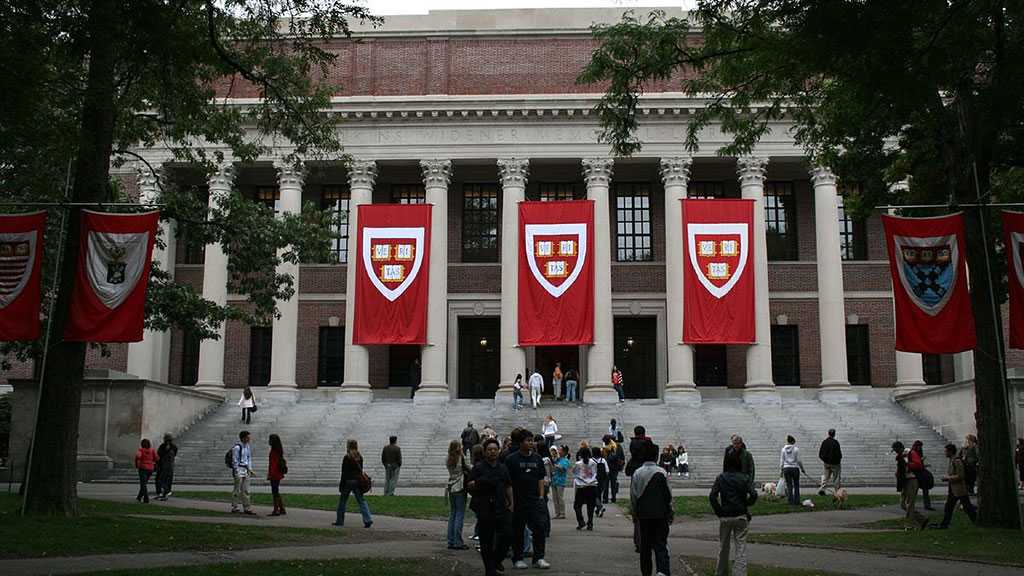 A Palestinian student-to-be at one of the world’s most prestigious universities said he was denied entry by US immigration officers shortly after landing at Boston’s airport.

Ismail Ajjawi, a 17-year-old student residing in south Lebanon’s Tyre, said in a written statement that he was held for hours at the airport as United States immigration officers questioned him Friday and inspected his phone and computer before refusing him entry, according to the Harvard Crimson.

Ajjawi was on his way to study at Harvard University. His studies were funded through the Hope Fund, a scholarship program from AMIDEAST providing university education opportunities in the US for exceptional Palestinian students.

Ajjawi ranked eighth in the Lebanese Baccalaureate exam, which is mandatory for students who wish to pursue higher education in Lebanon, with a score of 18.82 out of 20 on the exam.

In his written statement, Ajjawi said he waited for eight hours at Boston Logan International Airport, according to the Harvard Crimson report. After arriving, he said he and other international students were taken to the side by immigration officials. The other students were eventually allowed to leave, however.

Ajjawi said that an immigration officer began to ask him questions regarding religion before asking him to unlock his phone and computer and taking them to another room to search them. That search lasted five hours, he said.

“When I asked every time to have my phone back so I could tell them about the situation, the officer refused and told me to sit back in [my] position and not move at all,” he said. “After the five hours ended, she called me into a room and she started screaming at me. She said that she found people posting political points of view that oppose the US on my friends list.”

But Ajjawi said he had no political posts on his social media accounts. He protested that he should not be held accountable for contacts’ posts. “I responded that I have no business with such posts and that I didn’t like, share or comment on them and told her that I shouldn’t be held responsible for what others post. I have no single post on my timeline discussing politics.”

The officer then canceled his visa, he said, and informed him that he would be deported. He was then allowed to call his parents.

In his statement, Ajjawi said that he was working with officials from Harvard and AMIDEAST to reverse the decision. Harvard University spokesperson Jonathan Swain told the Harvard Crimson in an email that university officials are working to resolve the issue before classes begin on Sept. 3. “The university is working closely with the student’s family and appropriate authorities to resolve this matter so that he can join his classmates in the coming days,” Swain wrote, according to the student newspaper.

The US Embassy in Lebanon declined to comment, saying it cannot publicly discuss details of specific visa cases.

US Customs and Border Protection, the immigration agency that conducted the interrogation and deported Ajjawi, defended its actions, the Crimson reported.

“Applicants must demonstrate they are admissible into the US by overcoming ALL grounds of inadmissibility including health-related grounds, criminality, security reasons, public charge, labor certification, illegal entrants and immigration violations, documentation requirements, and miscellaneous grounds,” US Customs and Border Protection spokesperson Michael S. McCarthy wrote in an emailed statement to the Crimson. “This individual was deemed inadmissible to the United States based on information discovered during the CBP inspection.”

Ajjawi’s case is not the first of its kind. Harvard President Lawrence Bacow sent a letter to US Secretary of State Mike Pompeo and Acting Secretary of Homeland Security Kevin McAleenan in July, sharing his concerns about visa procedures for incoming faculty and students.

Bacow cited “visa policies mandating increased scrutiny of foreign students and scholars... from certain countries contribute substantially to mounting concern,” according to a copy of the letter shared by Harvard.