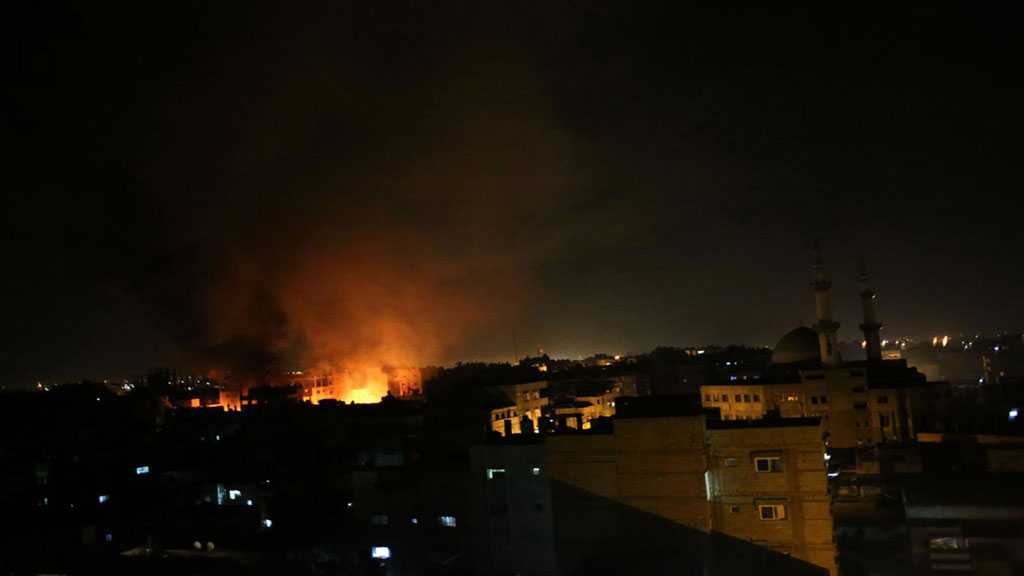 ‘Israeli’ warplanes carried out new airstrikes on the besieged Gaza Strip, targeting a naval site during the attack.

Media reports said the attacks have not resulted in any casualties yet.

‘Israeli’ sources said airstrikes late on Saturday targeted Hamas positions in Gaza while tanks were stationed on the border separating the enclave from the occupied Palestinian territories.

On Sunday the Palestinian health ministry said three Palestinians were killed by the ‘Israelis’ overnight attacks.

The attacks reportedly came after Hamas fired rockets on ‘Israeli’ positions in Sderot and in Sha’ar Hanegev region to retaliate ‘Israeli’ attacks that had taken place in the early hours of Saturday.