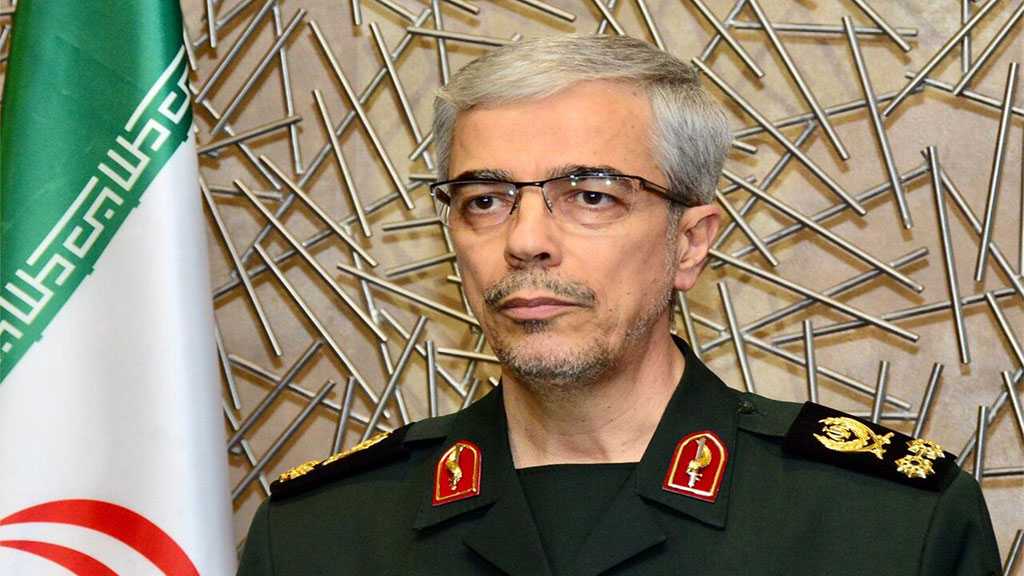 Chief of Staff of the Iranian Armed Forces Major General Mohammad Hossein Baqeri described the Islamic Republic’s high level of deterrent capabilities as a prelude to becoming an unbeatable power in the world.

In a visit to Iran's Civil Defense Organization on Wednesday, Baqeri said the Islamic Republic of Iran has gained such a high level of might that has disheartened the enemies.

“Such level of capabilities and preparedness will be a prelude to Iran emerging as an unbeatable power at the international arena during the second phase of the Islamic Revolution,” Baqeri added.

He further hailed the Civil Defense Organization’s steady progress, saying it is ensuring the country’s security in various sensitive sectors and against nuclear, biological, cyber, and chemical threats.

In comments in October 2018, Leader of the Islamic Revolution His Eminence Imam Sayyed Ali Khamenei highlighted the important role of Iran’s Civil Defense Organization in countering enemies’ threats and urged all military and non-military sectors to closely cooperate with the organization.