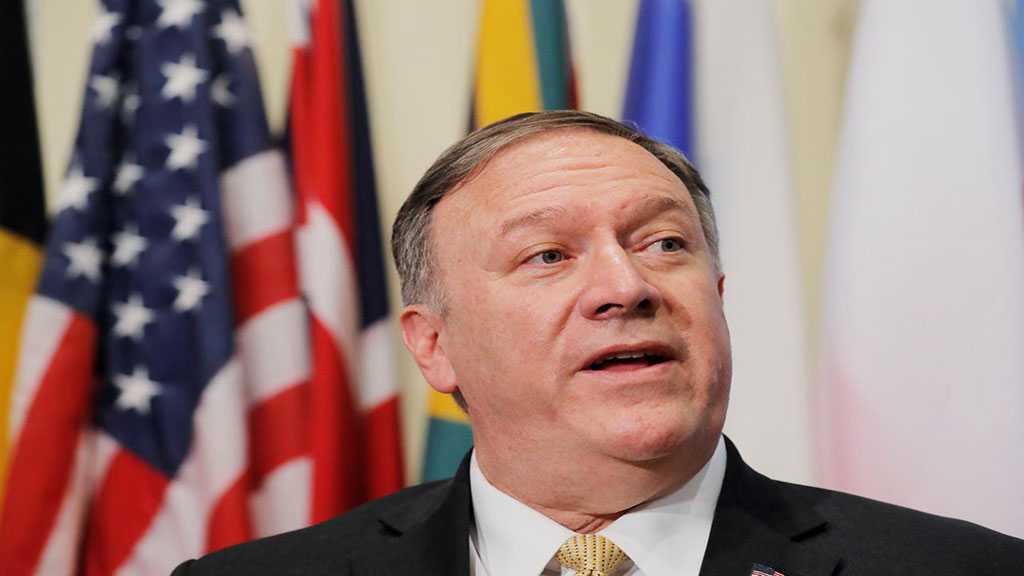 US Secretary of State Mike Pompeo pushed the international community on Tuesday to work out how to stop Iran from being “unshackled to create new turmoil” when a United Nations arms embargo on the country and a travel ban on the head of Iran’s elite Quds Force expire in October 2020.

Speaking at a UN Security Council meeting on so-called ‘Middle East peace and security challenges’, Pompeo called for greater cooperation in the region to produce “fresh thinking to solve old problems,” citing problems including the Libyan and Syrian conflicts and a rift between several Gulf states and Qatar.

Under the Iran nuclear deal, a UN arms embargo on the country and a travel ban on Islamic Revolutionary Guard Corps [IRGC] Quds Force commander Major General Qassem Soleimani are due to expire next year.

Pompeo said the US State Department had put a clock on its website that was counting down to the removal of the measures.

“The international community will have plenty of time to see how long it has until Iran is unshackled to create new turmoil, and figure out what it must do to prevent this from happening,” he claimed.

Relatively, Iran’s UN ambassador, Majid Takht Ravanchi, accused the United States of causing insecurity and instability with its military presence and “unbridled flow of American weaponry into this region, which has turned it into a powder keg.”

“While we are not seeking confrontation, we cannot and will not remain indifferent to the violation of our sovereignty. Therefore, in order to secure our borders and interests, we will vigorously exercise our inherent right to self-defense,” he told the Security Council.