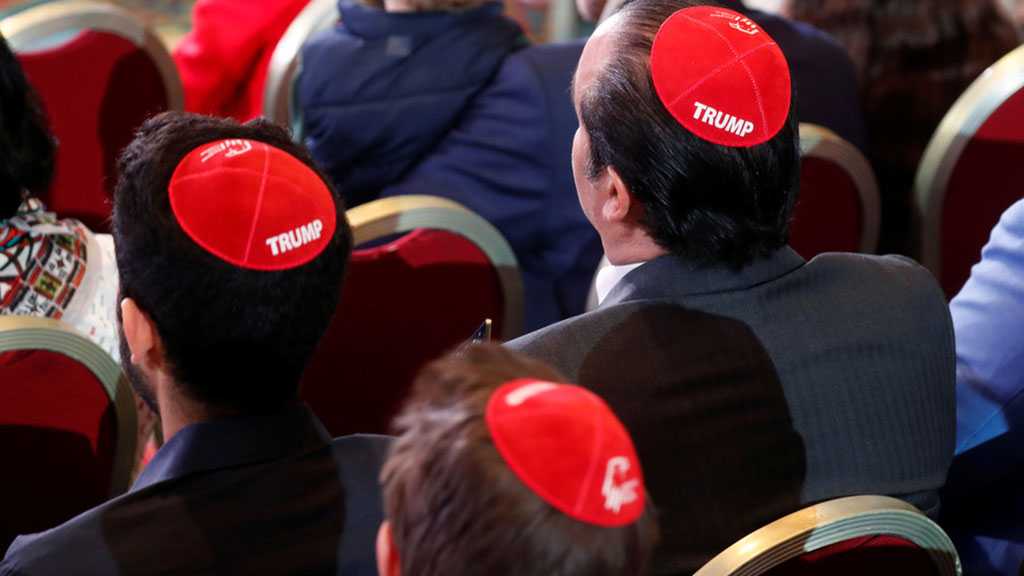 US President Donald Trump has declared that Jews who vote Democrat are lacking in either knowledge or loyalty, slamming the party for criticizing the “Israeli” entity’s decision to bar two Democratic congresswomen from entering the occupied Palestinian territories.

“Where has the Democratic Party gone? Where have they gone when they are defending these two people over the state of Israel?” the president wondered aloud to reporters on Monday.

“I can’t even believe we’re having this conversation!” Trump continued, seemingly left speechless that some in the Democratic Party had suggested punishing the “Israeli” entity for barring Reps. Ilhan Omar and Rashida Tlaib from the country, breaking its promise not to deny any US lawmakers entry “out of respect for the US Congress.”

Insisting the two Muslim congresswomen “hate ‘Israel’ and hate the Jewish people,” Trump praised Tel Aviv for refusing to allow them entry, suggesting it should go further and ban the other two members of the “Squad” – Reps. Alexandria Ocasio-Cortez and Ayanna Pressley – as well.

Jewish groups eviscerated Trump over his comments, claiming they conjured up the dual loyalty trope – the idea that Jews are more loyal to the “Israeli” entity than to their countries of residence – and weaponized antisemitism. Left-leaning Jewish group J Street called the comments “disgusting,” while the American Jewish Congress asked him to “please stop” judging Jews based on their political preference.

“If this is about ‘Israel’, then Trump is repeating a dual loyalty claim, which is a form of anti-Semitism. If this is about Jews being ‘loyal’ to him, then Trump needs a reality check,” the Jewish Democratic Council of America’s executive director Halie Sofer told the Hill. “We live in a democracy, and Jewish support for the Republican Party has been halved in the past four years.”

“Stop using Jews as a political football,” Anti-Defamation League CEO Jonathan Greenblatt tweeted, pointing out that “charges of disloyalty have long been used to attack Jews.” The Republican Jewish Coalition, however, praised the president’s words.

Omar and Tlaib were ostensibly banned from the occupied Palestine for “negating its legitimacy” by supporting the Boycott, Divestment and Sanctions [BDS] movement. While Trump claimed on Monday he had nothing to do with the decision, he admitted last week that he did “talk to people over there” about closing the doors to the pair and tweeted that “it would show great weakness” if they were let in shortly before the eleventh-hour decision not to admit them was announced.

The move infuriated even high-ranking pro-“Israel” Democrats like House Speaker Nancy Pelosi, who called it “very disappointing,” and Senate Minority Leader Chuck Schumer, who warned it “will only hurt the US-‘Israeli’ relationship and support for ‘Israel’ in America.”