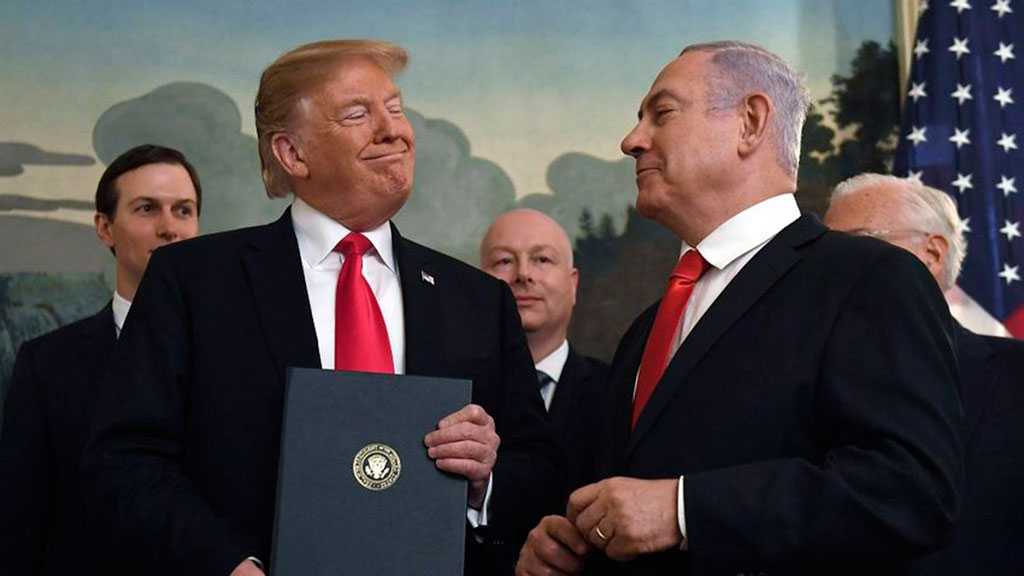 A senior “Israeli” official told the “Israeli” daily The Times of “Israel” on Tuesday that the entity’s Prime Minister Benjamin Netanyahu is willing to stand up to US President Donald Trump over the administration's "Deal of the Century" if it doesn't match Tel Aviv’s security concerns.

Speaking on the condition of anonymity, the official said that Netanyahu has a history of going head to head with past US presidents and would be willing to do so again if necessary.

Netanyahu is adamant that “complete control” of all areas west of the Jordan River is essential for any future plan and would not be up for negotiation should the White House press Bibi on the issue.

Furthermore, Netanyahu has articulated that the demolition of West Bank settlement unites, dividing al-Quds [Jerusalem], or allowing the “right of return” – which would permit Palestinian refugees and their descendants to reclaim homes they fled or were expelled from after the entity’s creation in 1948 – would be out of the question.

Palestinian leaders have repeatedly stated that “peace” will be achieved only if the “Israeli” entity withdraws completely from the occupied West Bank and gives refugees back their property.

The White House recently said that it looks to finally release its long-awaited plan after the “Israeli” entity's September election.