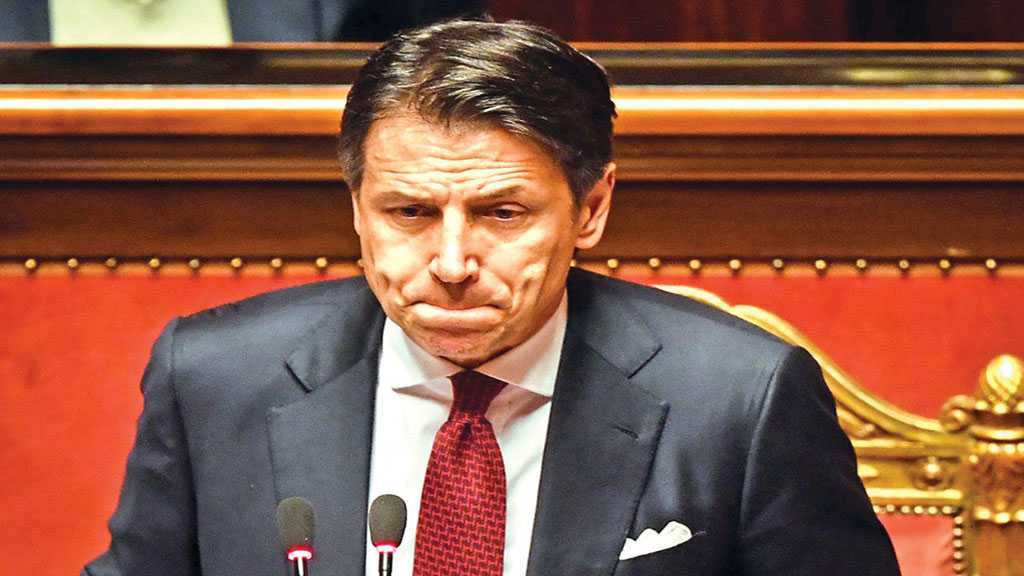 Italian Prime Minister Giuseppe Conte said Tuesday he would resign, lashing out at far-right Interior Minister Matteo Salvini for pursuing his own interests by pulling the plug on the government coalition.

"I'm ending this government experience here... I will go to the president of the republic [Sergio Mattarella] to inform him of my resignation", after a Senate debate, Conte said after an almost hour-long speech to the chamber.

"It is irresponsible to initiate a government crisis," Conte said after Salvini began his efforts to bring down the government in the hope of snap elections he sees will make him premier.

Conte was speaking following a week of fallout from Salvini's decision to back out of the alliance between his League party and the anti-establishment Five Star Movement on August 8, plunging the Eurozone’s third-largest economy into political turmoil.

After Conte announced his intention to resign, Senate speaker Elisabette Casellati told Salvini to leave the government bench and join his party's Senators, where Salvini said: "Thank you, finally, I would do it all again."

"The Italians vote with their heads and hearts," Salvini said, invoking the Virgin Mary to "protect the Italian people" and repeating his call for snap elections while also making a final appeal to M5S.

"If you want to cut the number of parliamentarians and then go to elections, we're there. If we are to draw up a courageous budget, we there," he said.

Caught on the back foot, Salvini last week made the surprise offer to back a key M5S proposal to cut the number of lawmakers from 950 to 605, but only if new elections were then swiftly held.

"Making citizens vote is the essence of democracy, asking them to vote every year is irresponsible," Conte said as League senators booed and hissed.

"I heard you calling for 'full powers' and invoke [demonstrations in] the piazzas to support you, which worries me," Conte said.