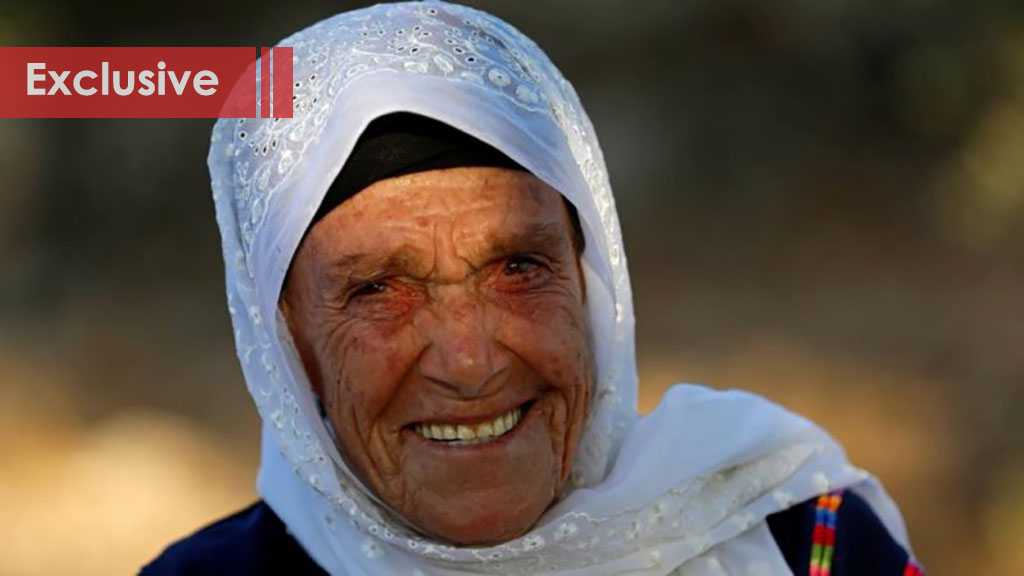 Occupied Palestine – Soon after the ‘Israeli’ occupation imposed restrictions on the visit of Democratic US Congresswoman Rashida Tlaib’s visit to the occupied territories, the family anticipating her was totally disappointed.

Tlaib was supposed to visit her grandmother’s home in the village of “Beit Aour al-Fawqa” in the West Bank.

But following the Zionist conditions imposed on the US congresswoman’s visit, Rashida voiced rejection and said in a tweet on her account:

“Silencing me & treating me like a criminal is not what she wants for me. It would kill a piece of me. I have decided that visiting my grandmother under these oppressive conditions stands against everything I believe in--fighting against racism, oppression & injustice.”

The lady in her nineties, called Muftiyya, told al-Ahed in an exclusive interview that she is sad that the occupation’s authorities barred Rashida from visiting occupied Palestine without conditions.

“I was happy with her visit, which was supposed to happen in the coming days, but the occupation’s conditions barred her,” she told al-Ahed, adding that “I prepared delicious meals to receive her, but the occupation killed our joy.”

Her family further voiced support for Rashida’s refusal to submit to the Zionist conditions, considering it a restriction of her freedom. They were also proud of the decision Rashida has made.

For his part, Rashida’s uncle Bassam said that their stance is the same as Rashida: “We reject the humiliating conditions that were put on her visit of family and relatives in Palestine,” adding that “Rashida has the right to visit Palestine without any condition.”

Bassam also hailed the congresswoman’s stance from the Zionist occupation, noting that the Zionist entity rejects the voices calling for people’s right to self-determination, explaining that the enemy wants Rashida to meet with ‘Israeli’ officials before visiting the Palestinian territories, which she rejected.

The Zionist occupation had blocked the visit of Rashida Tlaib and her fellow Ilhan Omar after pressures from US President Donald Trump. However, according to Zionist officials, the block came due to their Boycott, Divestment, Sanction ‘Israel’ BDS movement ties.

Earlier, Tlaib and Omar voiced solidarity with the pro-Palestinian BDS Movement due to the Zionist policies towards Palestinians in the occupied West Bank and the Gaza Strip.

Tlaib later tweeted: One day @IlhanMN and I will see Bethlehem and InshAllah it will be free when we do. #FreePalestine