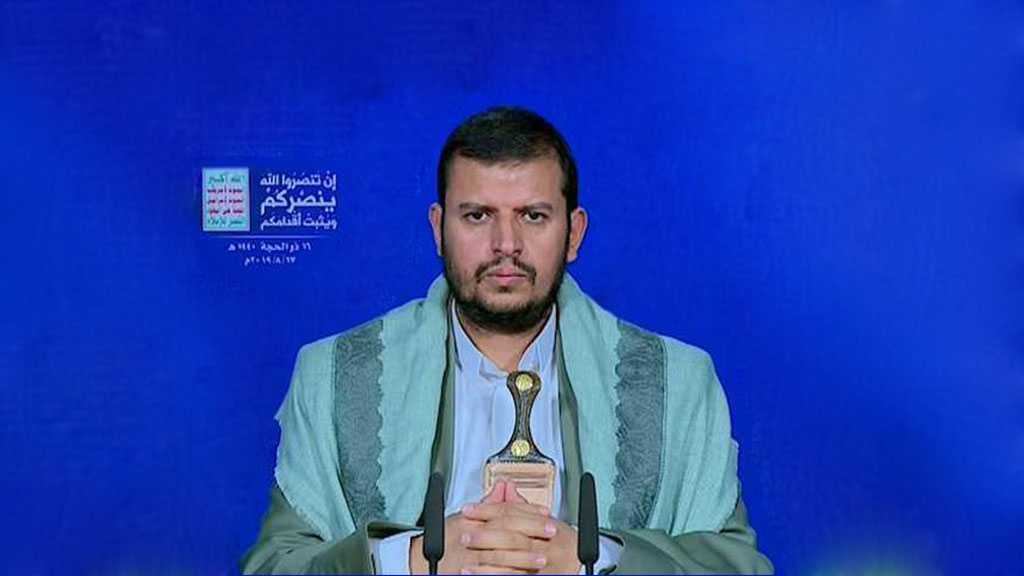 Leader of the Ansarullah Revolutionary Movement, Sayyed Abdul Malik Badreddine al-Houthi lauded a drone attack by Yemeni Army and Popular Committees against the Shaybah Oil field in eastern Saudi Arabia, saying the assault was the biggest of its kind in retaliation for the Riyadh regime's deadly military campaign against Yemeni.

Addressing Yemenis via a televised speech broadcast live from the Yemeni capital, Sana’a, on Saturday afternoon, Sayyed al-Houthi said this major operation, dubbed Operation Deterrent Balance 1, carries important messages to the forces of aggression, it is a common lesson and an important warning for the UAE, pointing out that there is no security and stability in the countries of aggression until that achieved in Yemen.

He further stressed that the strong and deadly operations of the Army and Popular Committees is part of the Yemenis’ legitimate right to respond to aggression and crimes and to persuade the forces of aggression to stop its aggression, vowing that operations will focus on the 'Milking Cow,' which the US depends on, in reference to the oil sites inside Saudi Arabia.

Sayyed al-Houthi stressed that the continuation of the aggression, which has become a threat to the coalition countries, will not achieve for Saudi Arabia and the UAE security and stability. "Saudi Arabia will not reach its ambitions to lead the region if its hostility continues," he added.

He said that the economic losses of the forces of aggression in the security, political and social sides will increase if the aggression continues, pointing out that the economic situation of these countries began to suffer, especially in light of the rush of a number of countries, led by the US, behind the policy of "Cow Milking."

The Ansarullah leader reiterated that the continuation of aggression will not bring the Yemeni nation to its knees, will not destroy it, will not paralyze its capabilities and will not lead to its surrender due to Yemenis’ strong faith. He stated that the military capabilities of Yemenis will develop more and more from the reality of need if the aggression continues.

“The main goal of the coalition of aggression was to occupy Yemen and plunder its [natural] resources. Crimes, acts of aggression and violation of Yemen’s sovereignty will not satisfy the alliance’s demands. Aggressors and culprits liable for Yemen’s destruction have no legitimacy at all,” he said.

Oil facilities at Shaybah, which has the largest strategic oil reserve in Saudi Arabia, were targeted by 10 Yemeni drones, the Armed Forces spokesman said Saturday. The facilities attacked included a refinery and oil storage.