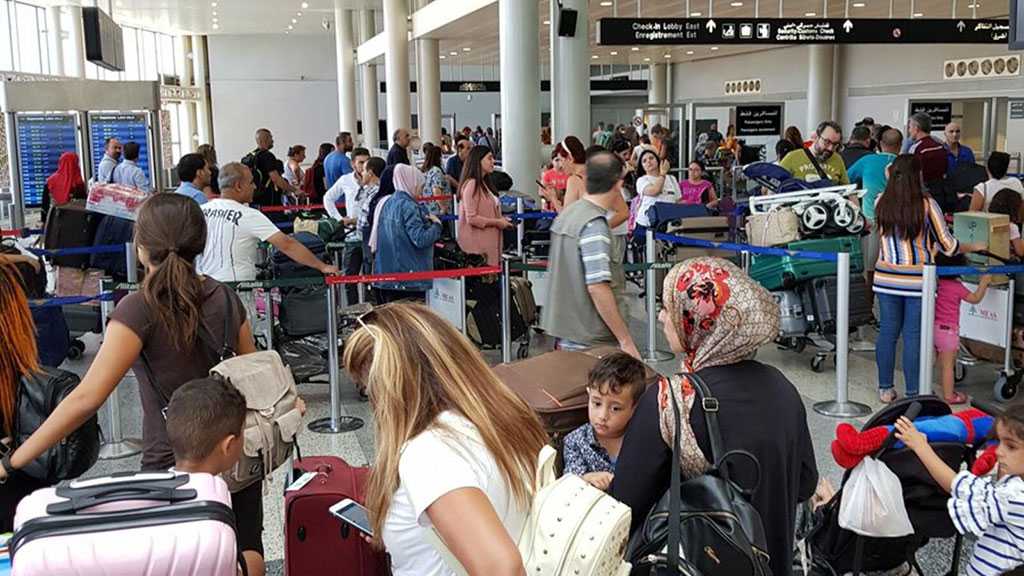 The number of passengers departing from the Beirut airport Friday reached over 22,000 – an all-time record for travelers leaving the country in a single day.

“Yesterday the number of departures from [Beirut’s] airport was the highest in the history of Lebanon, at 22,800 passengers,” Lebanon's Interior Minister Raya El Hassan tweeted Saturday.

The minister also offered her sympathies for the suffering of travelers, after images posted on social media Friday showed long lines in the departures hall.

“I would like to thank you because you are bearing the burden of congestion,” Hassan said. “I confirm that we are doing everything to sort out the situation, and we will soon fully implement improvements.”

Only four days ago social media was swamped with videos and images of seemingly endless lines of people waiting to check into the airport. One social media user reported having had to wait up to three hours just to enter the first security check.

The queues stem from a system at the airport that requires travelers to pass through luggage and body scanners before reaching the check-in desks.

The pre-check-in security was meant to be permanently removed at the beginning of the month. However, due to a "personnel issue,” the change has been postponed until Aug. 20, an airport source said, as reported by The Daily Star.

On Tuesday alone, about 21,000 passengers had departed from Beirut, and 19,000 had landed, the airport source said.

The airport’s annual maximum capacity is 6 million passengers, meaning that if Tuesday’s rate of departure and arrival continued throughout the year, the airport would be processing over double that number, or 14 million passengers.