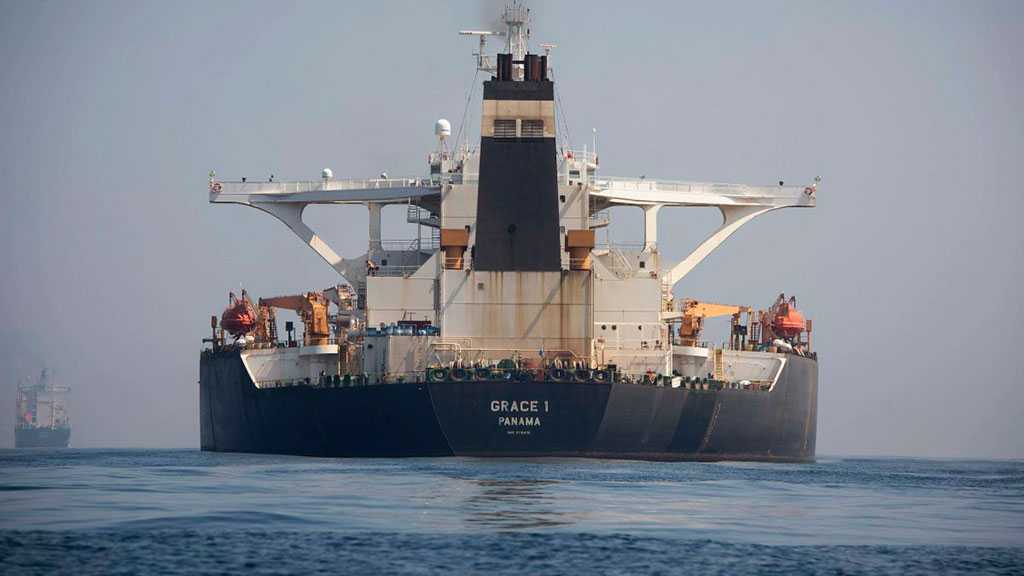 Gibraltar’s government released the Iranian-operated supertanker Grace 1, which was seized by British marines in the Strait of Gibraltar on July 4, despite pressure from the United States for the vessel’s continued detainment.

"Authorities in Gibraltar have released the Iranian supertanker Grace 1, which was seized on July 4 on suspicion it was shipping 2.1 million barrels of crude oil to Syria in breach of EU sanctions," Reuters quoted the Gibraltar Chronicle as reporting on Thursday.

According to the report, the chief justice of Gibraltar's Supreme Court, Anthony Dudley, said there was no US application currently before the court.

Dudley said that since Iran had guaranteed in writing that the destination of the Grace 1 would not be a country "subject to European Union sanctions... there are no longer reasonable grounds to suspect that the detention of the Vessel is required."

Spain’s Foreign Ministry reported after the incident that the UK had seized the vessel at the request of the US, which has been trying to trouble Iran’s international oil vessels as part of its campaign of economic pressure against the Islamic Republic.

Earlier on Thursday, Gibraltar said that the US had applied to seize the Iranian-operated oil tanker after British media reported that the vessel’s release was imminent following a set of diplomatic exchanges between Tehran and London.

“The US Department of Justice has applied to seize the Grace 1 on a number of allegations which are now being considered,” the Gibraltar government said in a statement.

A diplomatic dispute broke out between Iran and the UK on July 4, when Britain’s naval forces unlawfully seized Grace 1 and its cargo of 2.1 million barrels of oil in the Strait of Gibraltar under the pretext that the supertanker had been suspected of carrying crude to Syria in violation of the European Union’s unilateral sanctions against the Arab country.

However, reports show the confiscation took place upon a call by the US.

Tehran rejected London’s claim that the tanker was heading to Syria, slamming the seizure as “maritime piracy.”

Iran’s Ports and Maritime Organization said Tuesday that Britain was expected to soon free Grace 1, after the two sides exchanged certain documents to pave the way for the supertanker’s release.