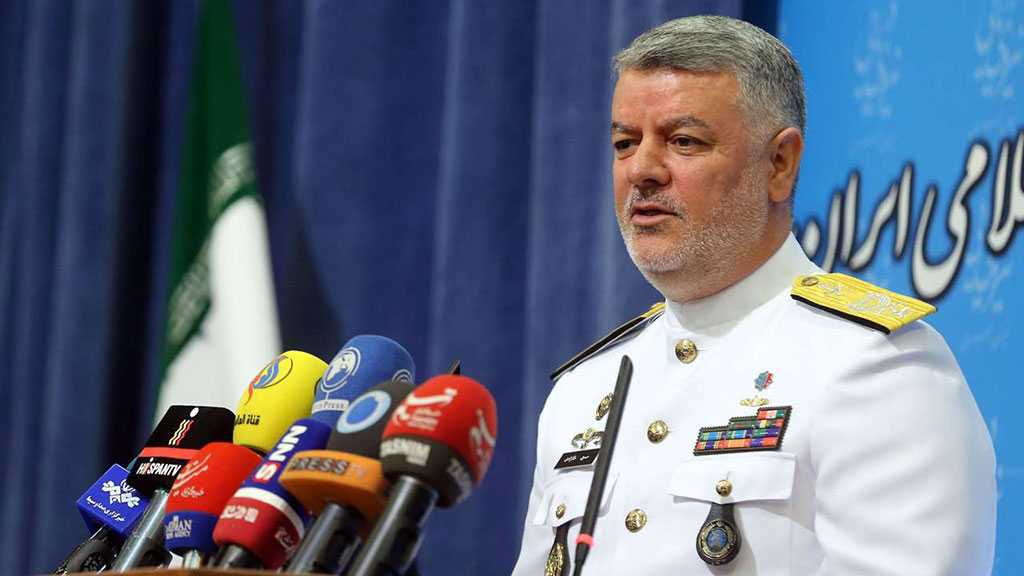 Iran’s Navy Commander Rear Admiral Hossein Khanzadi has warned that enemy forces in the Gulf should swiftly leave the region or a “humiliating exit” awaits them, saying “the era of hypocritical stunts” in the region has come to an end.

“The US, Britain and the Zionist regime must know that a naval Islamic resistance front is in the making,” Khanzadi said Wednesday.

The Navy chief hailed the growing vigilance among regional states, saying they have, today, a better understanding of their own interests, what could drive them towards joint maritime cooperation and towards protecting collective interests in the region.

“Enemies of the region should know that the era of plundering the region’s wealth is over. The looters should thus leave the region as soon as possible, otherwise a humiliating withdrawal awaits them,” Khanzadi said. “The era of hypocritical stunts and roaming freely around in the Persian Gulf is over.”

Iran’s Navy chief also underlined the need for maintaining calm and security in the region.

“Collective peace and security at the sea requires friendship, cooperation, solidarity and a collective understanding of the maritime environment; however, some arrogant powers fail to realize this and unfortunately exploit the sea for bullying and imposing illegitimate security measures there,” he said.

The United States has been trying to persuade its allies into joining an international coalition with the declared aim of providing “security” for merchant shipping in the Strait of Hormuz – though which about a fifth of all oil consumed globally passes – and other strategic Middle Eastern shipping lanes.

Only the “Israeli” entity and the UK have welcomed the call, which has not been well received among Washington’s other allies.

Washington claims Tehran has played a role in two separate attacks on oil tankers in the Gulf of Oman in May and June, without providing any credible evidence to support the accusations, which Iran has categorically rejected.